Blindfolded People Can Still “See” Their Own Limbs

If you wave your hand in front of your eyes, you'll think you can see it moving…even with an impermeable blindfold on. 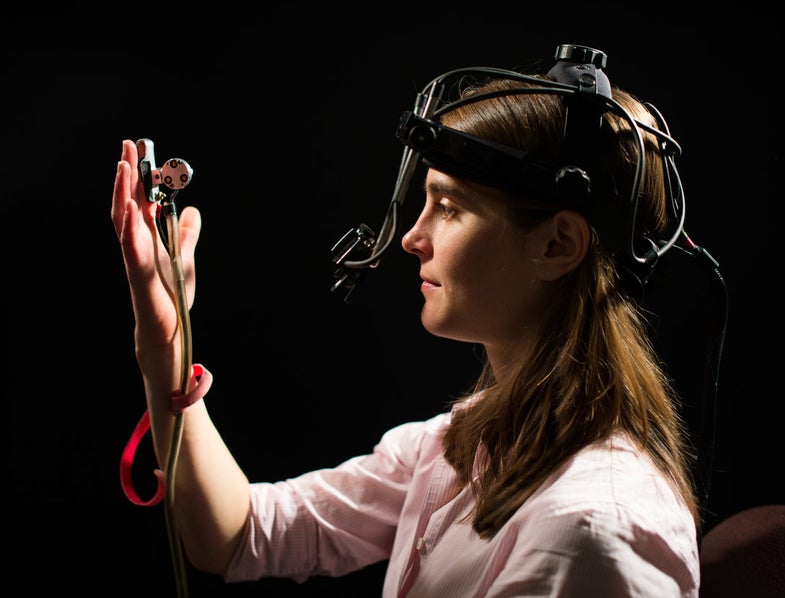 A blindfold is no match for the power of the brain. Even when shrouded in total darkness, your mind still thinks it can see your body moving, creating visual sensations of motion even when it’s impossible to see, according to a new study in Psychological Science.

Researchers from the University of Rochester and Vanderbilt University looked at the brain’s ability to detect shadows of movement without any actual visual input in a total of 129 participants across five experiments. Led to believe they might be wearing a faulty blindfold, between 50 and 75 percent of the subjects in the different tests reported being able to see shadows of their hands waving in front of their face, though the blindfolds actually allowed no light to pass through. “Evidently, even in the complete absence of external visual input, the brain predicts visual consequences of actions,” the study notes. 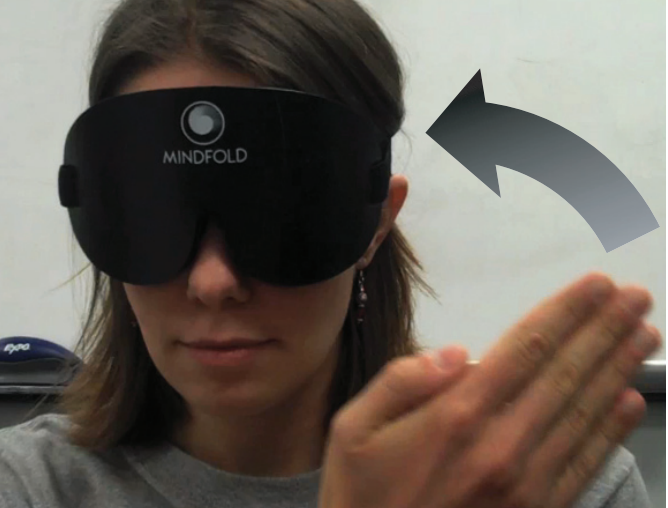 The effect seemed to be even greater for people with synesthesia, whose perceptions of different senses are linked. Synesthetics in the study were more likely to see movements in the dark, and were better able to track the path of their own hands.

This seems to be a learned ability to track the body’s own motions, the authors say. “We get such reliable exposure to the sight of our own hand moving that our brains learn to predict the expected moving image even without actual visual input,” Kevin Dieter, one of the co-authors, explained in a statement.