Both dense and complex. 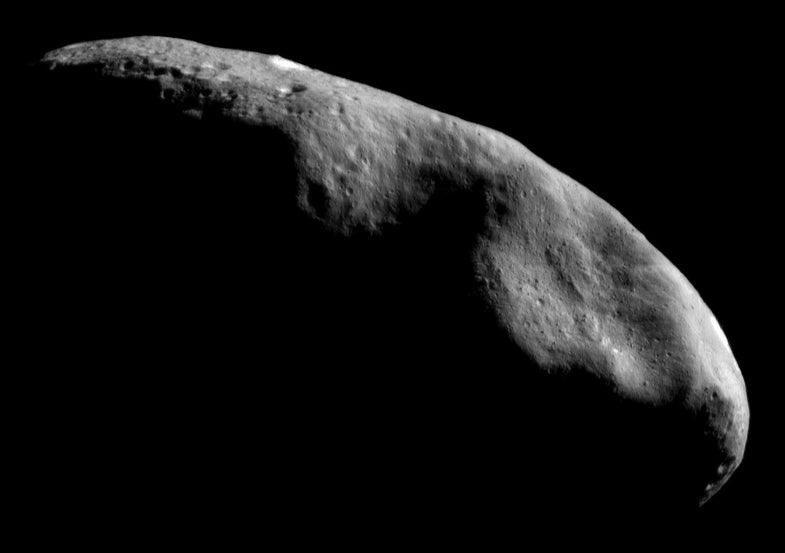 In the November 20 edition of the Minor Planet Circular, 49 minor planets got new names. Many are named after fellow scientists, such as Jeffrich (Jeffrey Rich Jr.) or the discoverer. But then there’s some that are named after other Earthlings of import. In this particular Circular, an amateur astronomer from Italy, Ernesto Guido, named the asteroid formerly known as 152319 (2005 UH7) after novelist Thomas Pynchon. His reasoning? “[T]o honor great American novelist Thomas Pynchon known almost exclusively through his writing, dense and complex.”

The process for naming minor planets, such as the Pynchon asteroid, is quite long—Pynchon, for example, was discovered in 2005. It starts with confirming the minor planet was indeed discovered, and not an already-identified object. It is then assigned a number name, and the discoverer is invited to propose a new name. Proposed names are then judged by the CSBN, using a pretty straight forward set of guidelines: “16 characters or less in length, preferably one word, pronounceable (in some language), non-offensive, not too similar to an existing name of a Minor Planet or natural Planetary satellite.”

However, if you have discovered a minor planet that falls into a particular group, the naming guidelines get stricter. One example: “Objects crossing or approaching the orbit of Neptune and in stabilizing resonances other than 1:1 (notably the Plutinos at the 2:3 resonance) are given mythological names associated with the underworld.”

Once a name is accepted, it becomes official after being announced in the Minor Planet Circular, as Pynchon was on November 20. To peruse a full list of minor planet names, from A’Hearn to ZZ Top, click here.