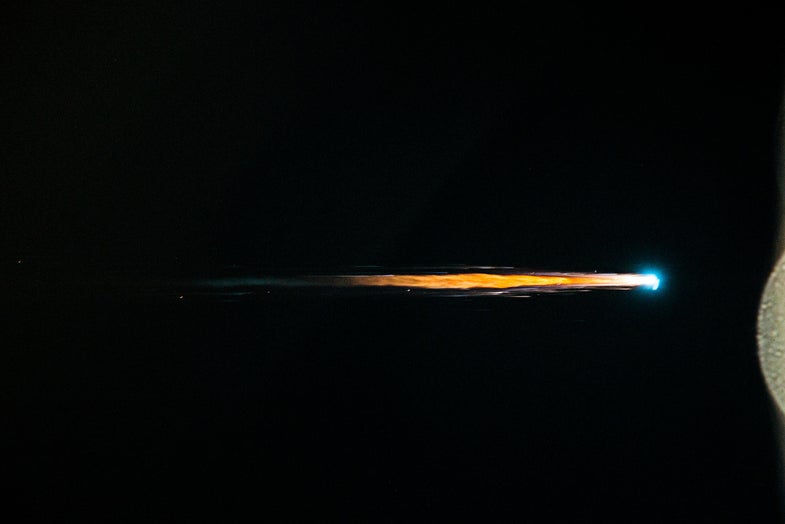 Over the weekend, the European Space Agnecy’s latest Automated Transfer Vehicle completed its five-month mission. This type of craft is hailed as the “most reliable and complex space vehicle ever developed in Europe.” ATV-4, known as Albert Einstein, was the fourth to carry precious cargo—such as clothes, food, spare parts and and scientific equipment—to the International Space Station. Albert Einstein boasted a record heft, becoming the heaviest spacecraft ESA has launched.

Once the ATV reached the Space Station, it used the automated docking function, and was then able to be boarded by astronauts in regular clothes—no need for a spacesuit. Space Station dwellers have called the docked ATV outposts the “quietest place on the Station.” And after the docking days were through, Albert Einstein was filled with 1.6 metric tons of the ISS’s waste—another record in weight—and sent back to whence it came.

To return home, Albert Einstein then expertly maneuvered itself in order to reenter just below the ISS, which allowed astronauts to monitor and collect data about the craft’s fragmentation as it hit Earth’s atmosphere. All ATVs share the same planned fate, and Albert Einstein was no exception: The craft and its waste cargo burned up in the atmosphere over the southern Pacific Ocean.