Don Pettit is carried after spending 191 days on the International Space Station. 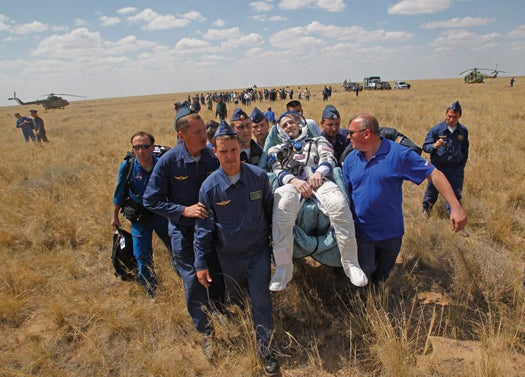 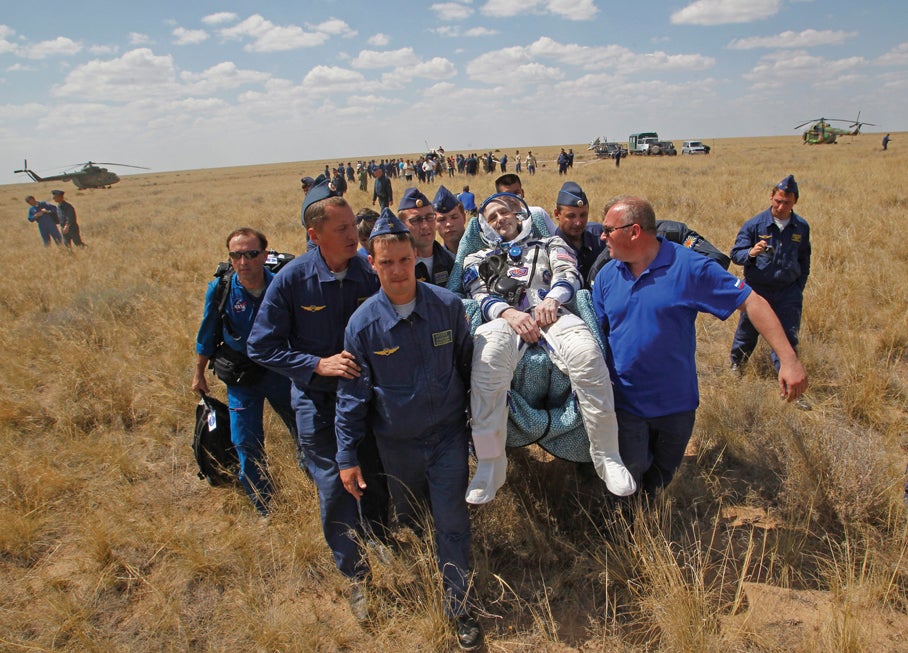 epa03291075 Russian space agency rescue team carry U.S. astronaut Donald Pettit (C) shortly after the landing of the Russian Soyuz TMA-03M space capsule at the south-east of the Kazakh town of Dzhezkazgan, Kazakhstan, 1 July 2012. The Soyuz capsule, which carried two astronauts and Russian cosmonaut safely returned to Earth on Sunday after a half-year stint on the international space station, with a landing on the Kazakh steppe. EPA/Mikhail Metzel POOL (Newscom TagID: epaphotos469106.jpg) [Photo via Newscom]

Last December, U.S. astronaut Don Pettit launched from Kazakhstan in a Russian Soyuz space capsule and arrived at the International Space Station, where he spent the next 191 days. While there, Pettit orbited the Earth 3,088 times and witnessed the arrival of the SpaceX Dragon, the first commercial craft to dock at the ISS. He also experienced significant physiological changes. Extended periods in low gravity lead to bone density loss and heart shrinkage.

When Pettit returned to Earth in July, his body could not endure even minor physical exertion in normal gravity, so the ground crew carried him to a nearby medical tent for routine post-spaceflight examinations. Research has shown that astronauts’ muscle tone improves after a few weeks, but their bone density may never return to pre-spaceflight levels.