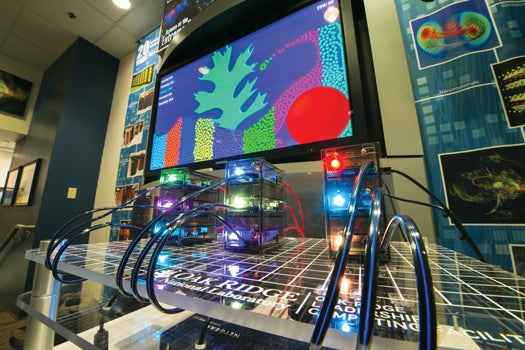 Oak Ridge National Laboratory is most famously home to the Titan supercomputer, capable of performing more than 20 quadrillion calculations every second. But the lab also houses the lesser known “Tiny Titan,” whose nine processing units, or “cores,” are made from Raspberry Pis. Making a small-scale supercomputer is relatively simple—just yoke together microelectronics to run in parallel. The hard part, explains Titan support specialist Adam Simpson, is writing the code for it.

“There really is no adequate platform for do-it-yourself super-computing,” Simpson says. So he and two colleagues decided to create a set of software tutorials. By working together, parallel cores can solve complex problems, and the tutorials aim to demystify that process. For example, one lesson will show how to add two lists of numbers together, by dividing the problem into components that individual cores can attack simultaneously. The tutorials are available for free online. Start your journey to supercomputing stardom at github.com/TinyTitan.