DIY: How To Light Up Your Bike Wheels [Video] 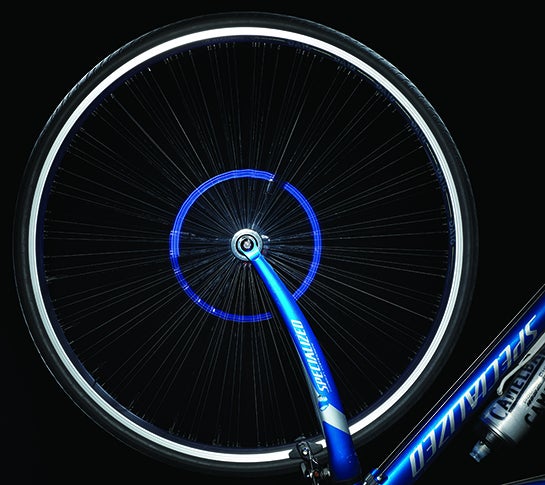 As the winter months approach, darkness is falling earlier and earlier. Do not bike gently into that good night! By spending a few hours tinkering with LEDs, you can outfit your dull wheels with hypnotically glowing rings.

Some kits on the market use customizable circuit boards to form animations as the wheel spins. Wiring your wheel to display a lighted circle is easier and cheaper, making it an ideal first foray into DIY electronics. Try varying the color, number, and placement of the LEDs to create intricate patterns. Or swap individual lights for a color-changing LED strip and an Arduino.

Even if you choose the simplest version of the project, it will still be visible in nighttime traffic. The video above shows a test-drive of this illuminated wheel—which bike-commuting Popular Science editors built in a candy-fueled electronics session.

You can choose how many LEDs your wheels need. The number should be six or less, and ideally a factor of the number of spokes on your wheel.

This article originally appeared in the November 2014 issue of Popular Science, under the title “Light Up Your Bike”.