How I Turned Car Batteries Into A Welder [Video]

Makeshift tools for the post-apocalypse 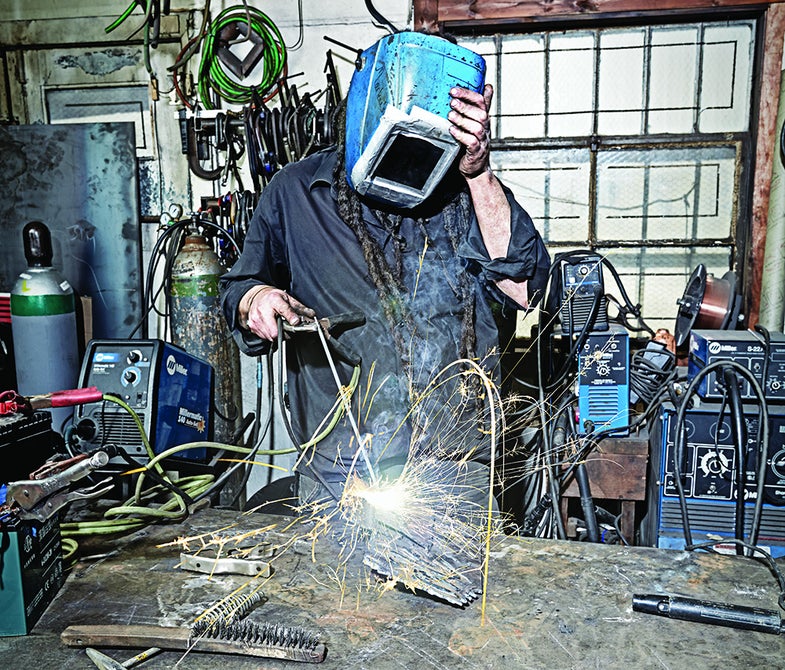 Here is where the DIY starts getting a little too dangerous to try at home. In the show’s second episode, MacGyver connects a car battery to two quarters via jumper cables. When the coins touch, electrical current passes between them, creating a super-hot arc that Mac uses to cut through a metal door. As Popular Science has documented, you can indeed turn a car battery into an arc welder capable of melting steel and fusing metal. You can see contributor Chris Hackett using this project above. But unless you know what you're doing, you can burn yourself, electrocute yourself, and cause everything from house fires to gruesome injuries to death. So this is one of those projects that we recommend you avoid. Photograph by Ray Lego
SHARE

If we’re lucky enough to survive Armageddon, our precious electrical grids won’t. But we needn’t pine for energy as we build a new civilization from the scraps of the old one. Inside every abandoned car is a lead-acid battery just waiting to power a makeshift arc welder.

Saws, drills, grinders, and lathes may be more precise tools, but welding devices are unmatched for their versatility and brawn. Arc welders work by melting steel with a blinding electrical discharge. They can both sever thick beams and fuse pieces of metal together in ways that other tools can’t. Amid their showers of sparks, a pile of scrap can become a house or a boat—or even an arena for postapocalyptic blood sport.

A single car battery lacks the juice to sustain a metal-melting arc between the tip of a welding rod and a piece of steel. (Zombies holding your supply hostage? Welding rods can be made from coat hangers, silica gel, lye, and paper.) So to build my welder, I wired three car batteries in series, then clamped a set of jumper cables between the negative lead of the first battery and a chunk of steel. With another set of cables, I linked the last battery’s positive lead to a welding rod.

By scraping the rod against the steel, I was able to strike an electric arc. The batteries provided a flow of electrons powerful enough to melt steel in the rod and base metal and merge them, creating a weld. My rig has a maximum output of 300 amps, which is plenty to cut or combine thick steel. Yet it is adjustable, so it can also weld delicate sheet metal; I routed the batteries’ current through a dining fork, which provides some resistance and limits the flow of electrons.

If you can make a welder and get good at using it, you’ll have an unstoppable tool for building after the end-time. When you run out of electricity, charge the car batteries with a bike generator [see “Rebuild,” March 2014] and get to work assembling your very own Thunderdome.

Warning: Do not attempt until lawyers no longer roam the Earth.