Wheel Wars: Can The Scooter Be Improved?

Since the Razor came out in the U.S. in the late ’90s, inventors have tried, with varying success, to create... 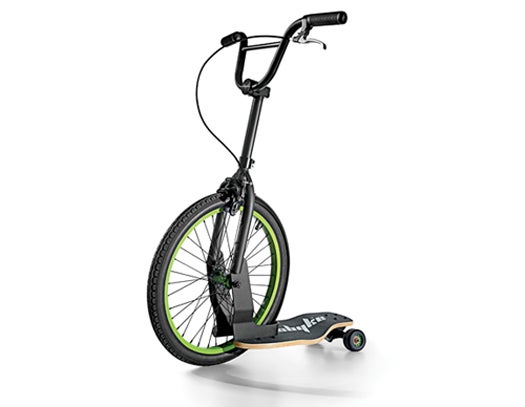 Since the Razor came out in the U.S. in the late ’90s, inventors have tried, with varying success, to create the next generation of kick-powered conveyance. Now a Nevada start-up aims to beat the Razor in both maneuverability and stability. The Sbyke is a BMX bike mixed with a skateboard. The company claims that the fixed 20-inch wheel allows its scooter to negotiate uneven surfaces better than a Razor. It also says its novel rear-axle mount, which uses ball bearings that let the axle turn up to 50 degrees in either direction, makes the Sbyke the nimblest scooter yet—one that can purportedly execute tight four-foot turns.

Three testers ran the Sbyke and a Razor through a series of everyday obstacles in New York City. First they rode around a block to see how well the scooters take 90-degree turns. Next the riders ran a downhill slalom through construction scaffolding supports. Finally, they tested the Sbyke’s turning radius by attempting 180s on the sidewalk.

The Razor kept pace with the Sbyke just cruising around the block but was no match in maneuverability. Testers wove the Sbyke easily through the scaffolding (on the Razor, they often needed to bypass turns to keep from tipping over). No one was able to pull off a four-foot 180 on the Sbyke, but the five-foot turns the riders did manage toppled the Razor­­—as one unfortunate road-rashed tester found out the hard way. 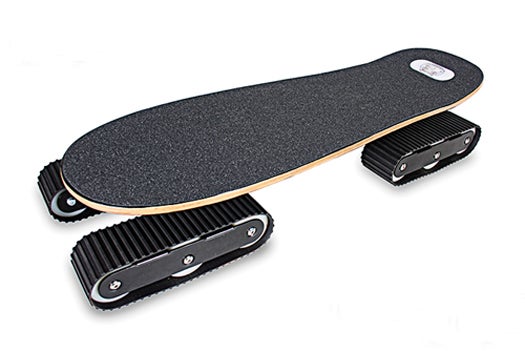 SKATEBOARD + TANK
Snowboarders can ride slopes year-round on the Descender. Designers equipped the 31-inch deck with rubber treads instead of skateboard wheels. More rubber means even more traction on grass. Riders steer by leaning, as they would on a snowboard. Rockboard Descender: $120 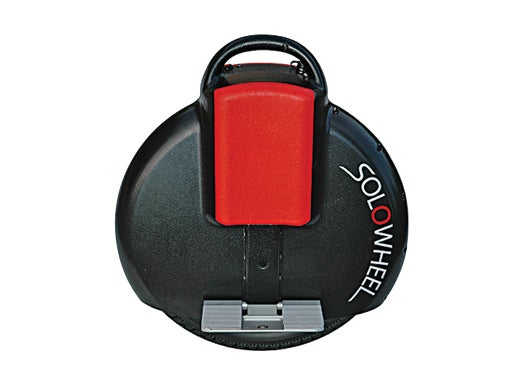 SEGWAY/2
The Solowheel propels riders perched on platforms on either side of the 26-pound device. When moving, a gyroscope-based motor helps keep them upright, similar to the way a Segway works. Riders tilt forward to accelerate up to 10 mph, stop by rocking backward, and steer by leaning. Solowheel: $1,800 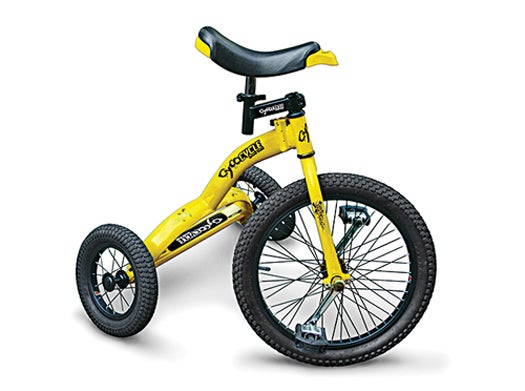 UNICYCLE + 2
When seated on top of the CycoCycle’s 20-inch front wheel, riders pedal and steer as on a unicycle, with balance provided by its two 12-inch rear wheels. To move along more quickly, users can stand on the 18-inch bar between the rear wheels and push off as on a kick-scooter. CycoCycle by Dynacraft: $119