After The Apocalypse, Our Greatest Fear Is MIT

Fallout 4's newest danger is robots and those who make them 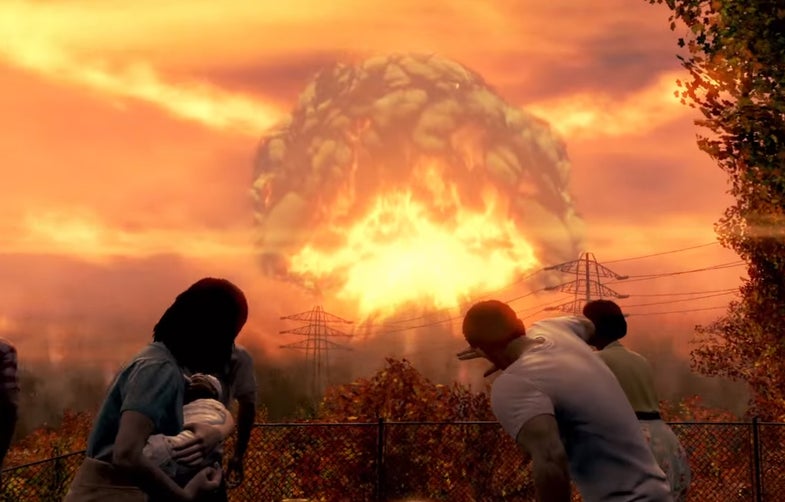 America’s favorite apocalypse returns next Tuesday. Today Bethesda released the launch trailer for Fallout 4, the eighth game exploring the post-nuclear wasteland. Moving the series away from the West Coast where most of the games took place, and north of Fallout 3‘s District of Columbia, Fallout 4 puts our new protagonists just outside of Boston. And in the grim darkness of this alternate near-future, it looks like the greatest danger is the Massachusetts Institute of Technology.

Earlier this summer, Bethesda released the smaller Fallout Shelter game for mobile devices. The game played in the familiar genre of resource management. Players, with a small starting base and a few survivors, had to expand a vault that could sustain a growing population, while keeping the residents safe from hostile raiders of radioactive cockroach infestations.

It was a good tool for building anticipation. The Fallout universe, and every game in the series, is defined by centuries of isolation before returning to the world. The vaults are a nuclear war survival strategy, much like the ones built during the early days of the Cold War. Fallout’s Great War, canonically set on Saturday, October 23rd, 2077 lasted hours at most. The lucky few who made it into vaults survived the apocalypse. Those who didn’t perished or worse. With Fallout Shelter, players manage time inside their little isolated caves, with populations never greater than 200, waiting until the world is safe to reinhabit.

On Tuesday, it becomes so again. Players will get to experience the first few minutes of warning on Great War day, and then hide safely in the vault with whatever they found, before picking up the plot 200 years later. In rebuilding civilization after a collapse, players will get to build and manage settlements of their own.

Hazards of this new world will include not just other desperate survivors and post-apocalyptic monsters, but androids known as “synths”, who appear tied to the fate and identity of whatever became of MIT.