Japanese Robot Annoys People Until They Talk To It

“Talking Ally” is more of an irritating acquaintance 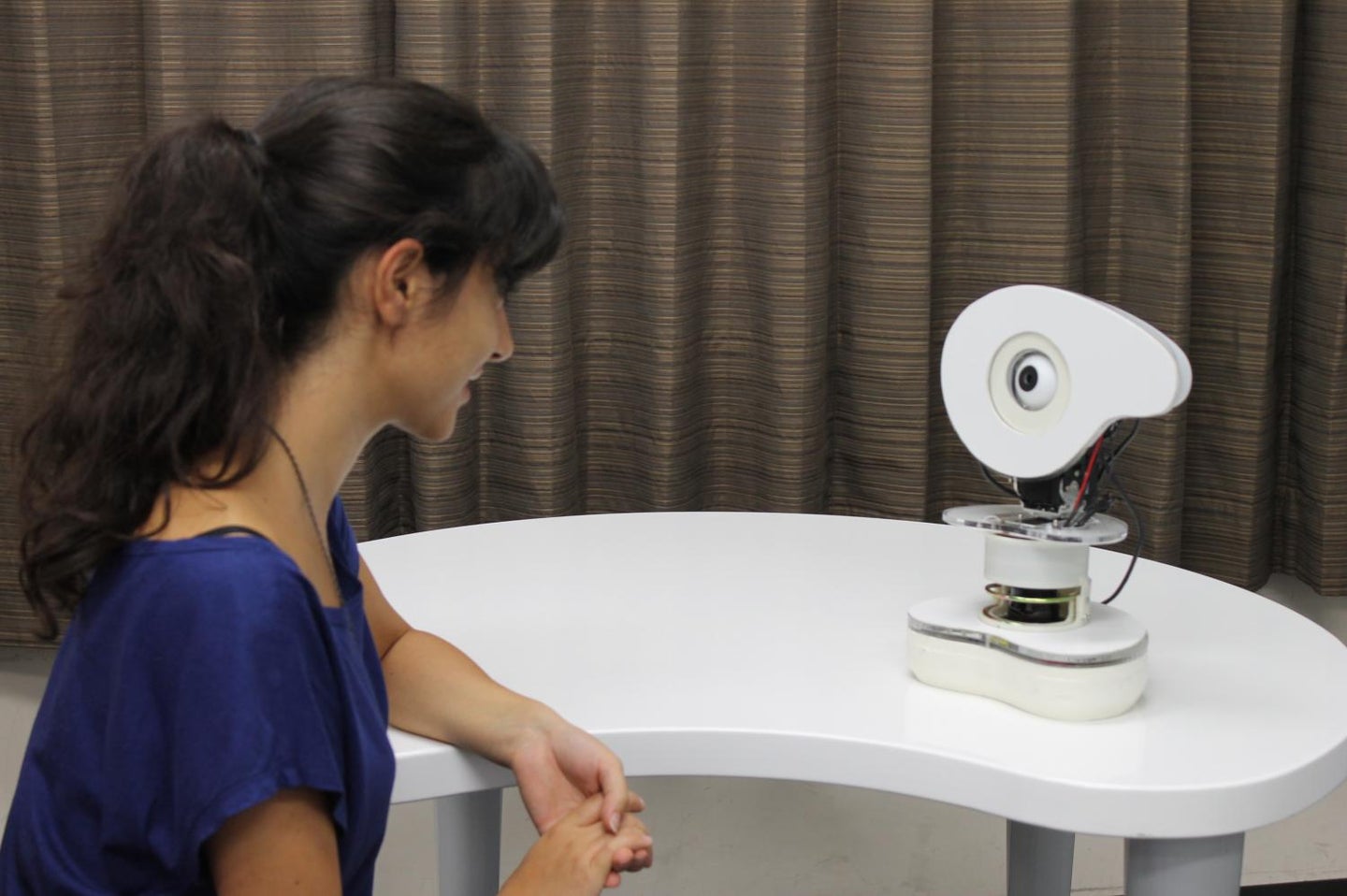 “Talking Ally”, a robot made by researchers at Toyohashi University of Technology’s Interactions and Communication Design lab, can follow a human’s gaze and respond accordingly. For example, it can make a fuss if the person stops talking to it:

The robot’s small body looks a bit like a stylized version of the Pixar lamp, a pedestal with a bendy column and an oblong face. In the middle of the face sits a single unblinking eye, so that Talking Ally can maintain eye contact with its person. A second, tucked-away camera tracks the human’s face. Servomotors and springs give the robot a surprising range of movement.

Reading and demonstrating body language will help robots better understand and communicate with humans in the future. This is probably a good thing, even if it means robots will become more annoying.