Ahmed Mohamed isn't the only kid with big ideas 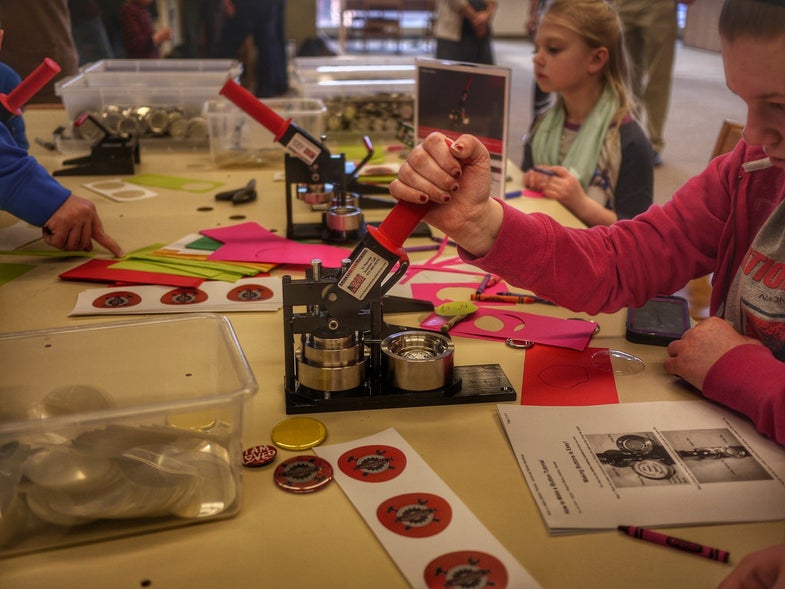 Ahmed Mohamed’s arrest for bringing his clock project to MacArthur High School in Texas has sparked public outrage (and the hashtag #IStandWithAhmed). And although police eventually released the 14-year-old, there is now a serious discussion around the fact that, like Ahmed and Kiera Wilmot, many students from underrepresented backgrounds may have a hard time finding support for their interests in science, technology, engineering, and math (STEM).

The STEM workforce is no more diverse than it was 14 years ago, and it may be because smart kids with STEM interests can only go as far as their resources and support allow them. Some schools simply aren’t equipped to give these youngsters the skills they need for their projects.

Thankfully, it’s easier than ever for students to find help outside of the classroom. Here are 5 organizations that could use your contribution now in their mission to help minority students like Ahmed Mohamed who dream of bringing their inventions to life.

NACME (National Action Council For Minorities In Engineering) is a nonprofit that seeks to increase the number of successful minorities in STEM education and careers. The organization is a helpful source of educational material for students learning about engineering as a career, and it also runs scholarship programs and reports data on diversity in the workforce. NACME accepts donations from individuals, corporations, and foundations.

TechHive, based in the Bay Area, is a 10-week program that seeks to immerse teenage girls and minorities in the Maker movement. After their skill-building workshops, students begin to build and design STEM projects for industry and community partners. TechHive is still seeking donations for the 2015-2016 school year as it hopes to raise $6,000 for supplies and field trips by October 15th.

We Teach Science connects underserved students in California and Texas with STEM mentors and tutors. Over the past academic year, more than 80 percent of the student participants were members of underrepresented communities. Mentors can work as little as one hour a week and are still being accepted for the 2015-2016 school year.

Maker Ed has a hand in various STEM education projects throughout the U.S., including hands-on workspaces for young makers from underrepresented backgrounds. The nonprofit runs a resource library for members of the maker education community and offers training opportunities for STEM educators. Donations and volunteer inquiries are welcome.

Girlstart has prepared girls in Texas for STEM careers by providing year-round educational programming since 1997. In addition, the nonprofit sends girls of minority backgrounds and low-income environments to Girlstart Summer Camps located throughout the U.S., and even organizes Girls in STEM Conference, a one-day event for inventors between 4th and 8th grade. Girlstart is currently seeking volunteers and donations for the new school year.