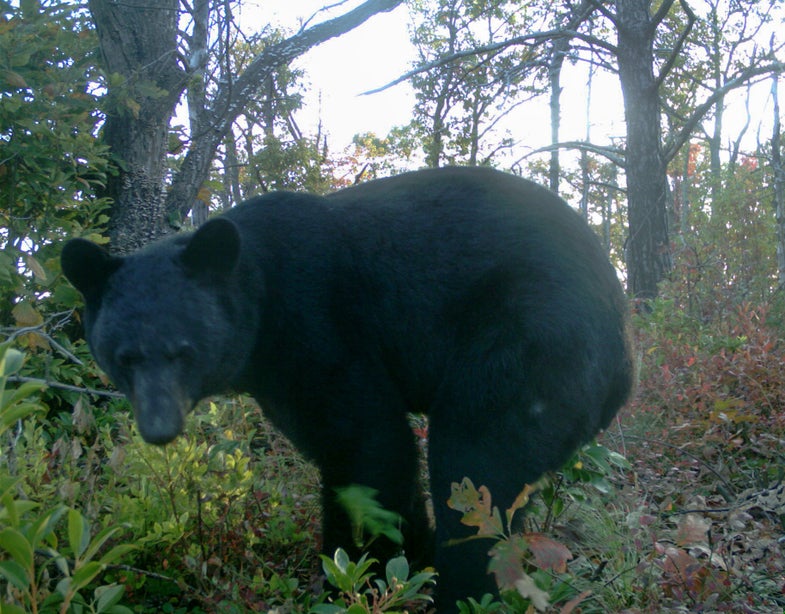 Does a bear poop in the woods? Yes. Sometimes, it even does it right in front of a camera.

In his new book, Candid Creatures: How Camera Traps Reveal the Mysteries of Nature, out this month, Roland Kays takes us inside the world of camera traps, compiling over 600 photographs from camera traps set up by individuals and research groups around the world. Kays, as the director of the Biodiversity Laboratory at the North Carolina Museum of Natural Sciences, knows how important camera traps are for researchers trying to keep track of elusive wildlife populations.

Camera traps can help researchers and citizen scientists monitor populations in the Serengeti, capture evidence of endangered creatures, and count penguins from a distance.

They can also capture some silly, unguarded moments. We’ve selected 10 of the more amusing photos from the book.

This cougar, out for a mid-morning stroll in Brazil, was not ready for its close-up.

A bear looks super cool casually leaning against a tree. He’s probably just trying to scope out the woods.

A vampire bat grabs a bite on the rear end of a sleeping cow. Vampire bats use cattle as a main source of food, much to the annoyance of local ranchers in Panama, where this photo was taken.

A young wolf carries a stick back towards the den.

These jaded long-tailed macaques aren’t startled by the camera trap so much as suspicious. Many macaque populations are used to humans and their technology, and are known for begging for handouts at tourist sites.

An owl snatches a cat from the ground, not knowing that the cat is actually a robot. Researchers found the robocat nearby, relatively unscathed.

A curious gorilla smiles for the camera in the Republic of the Congo.

A Jaguarundi, a kind of cat, is totally dumbfounded by this camera set up in Suriname.

All this poor deer was trying to do was eat some apples as a nighttime snack. It was hungry, ok? But then, out of nowhere, a flying squirrel decides to photobomb the moment, and a camera flash only adds to the mayhem. Run away, little deer, run away.