The company just wants to keep us safe 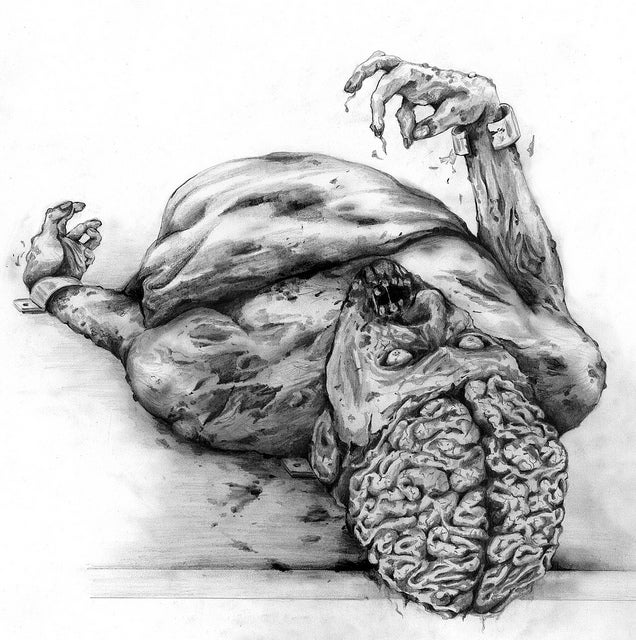 Steven C. Schlozman bases the zombie virus on prions in his new book, The Zombie Autopsies, a series of excerpts from the fictional notebooks of one Stanley Blum, "the last scientist sent to the United Nations Sanctuary for the study of ANSD," the zombie virus (which Schlozman has dubbed ataxic neurodegenerative satiety deficiency syndrome). Schlozman, an assistant professor of psychiatry at Harvard, explained to PopSci that the frontal lobe in a zombie is probably nonexistent. The cerebellum, which controls coordination, is intact but not fully functional. Schlozman agrees that prions are a good bet for creating a zombie-like state in a human. "How do we massively disseminate prions?" Schlozman asks. "We don't know yet.". Andrea Sparacio (from The Zombie Autopsies)
SHARE

In the event of a zombie apocalypse, Amazon wants to make sure users are still able to use its new 3D game engine software.

Reddit user SvenNeve brought one clause of the company’s updated web services terms to the internet’s attention this morning. The updated terms state in section 57.10 that the new software, called Lumberyard, should not be used with “life-critical or safety-critical systems.”

But there’s one exception.

Check out the entire clause here:

It’s important to note that this only applies if the zombie apocalypse has been CDC certified.

You know what they say: “With great power…“