Turns out bread may have more lives than your cat. 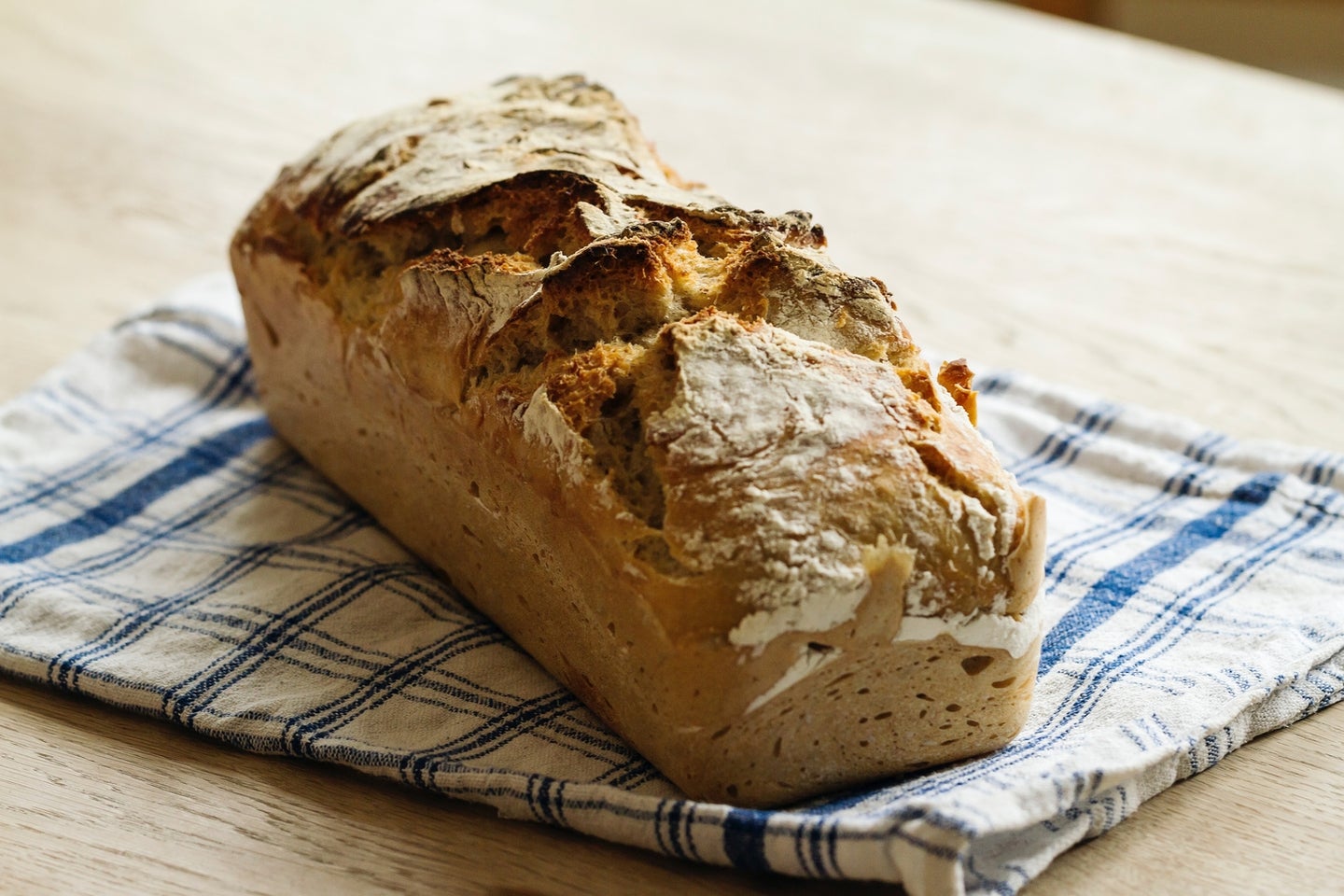 So you invited some friends over for a barbecue, and now you have a whole bag of hamburger buns just sitting on your counter, going bad with each passing minute. Or you just couldn’t resist buying that great-smelling loaf of walnut sourdough bread at the farmer’s market, even though you totally knew there was no way you’d be able to eat it by yourself. And now there it is—staling away. If you threw it at someone you’d probably knock them out.

Some even consider wasting delicious bread a sin, so giving it a new life once it goes bad only seems fair for such a noble food. Once you know how to revive it, turning it into desserts, salad accompaniments, and, of course, breadcrumbs, is a breeze.

You can work with stale bread, but don’t mess with mold

There are basically two things that can make bread go bad: mold and staling—the two horsemen of the bread apocalypse.

Staling is bread’s decay process, and it kicks in right after a loaf hits peak quality and reaches room temperature. “It happens almost instantly upon cooling,” says Francisco Migoya, head chef at Modernist Cuisine and co-author of Modernist Bread, a five-volume bible on almost everything there is to know about bread.

The culprit behind staling is starch, which has the molecular form of a crystal. When flour is combined with water and then baked, the starch in the flour absorbs the water and loses its natural structure. These waterlogged molecules, along with gluten, give bread its fluffy texture.

This process is called retrogradation or recrystallization, and can be observed in anything that contains starch—from bread and pastries to sauces.

Although staling is a natural process that can only be stopped by regulating temperature—more on that later—it can be delayed. Acidity, for example, can prevent retrogradation for two to three days.

Consider sourdough bread, which has a very high acidity level that allows it to last longer than other types of bread with no preservatives. According to Migoya, sourdough bread remains perfectly fine even six days after coming out of the oven.

Fat also keeps bread from staling too quickly—the fattier the bread, the slower its decay. Breads like focaccia, brioche, or panettone, made with large amounts of oil and butter, tend to have a longer shelf life. In the case of panettone and other types of bread made with eggs, the protein they contain bonds water to the starch, preventing the liquid from leaching as quickly as it normally would.

But the release of water is only an invitation for more bad things to happen to your beloved loaf.

Enter: mold. As starch continues releasing water, the moisture migrates to the surface, which not only makes the crust less crunchy, but also creates a perfect environment for the growth and proliferation of mold.

Mold is the point of no return for your bread. Once those little blue-green spots start popping up, there’s no saving your loaf—mainly because it alters the flavor and makes the bread taste really bad. But mold doesn’t grow overnight, so there’s often enough time for you to figure out a great way to use your bread even if it’s not as good as when you first bought it.

Stop staling in its tracks

If you live by yourself and there’s no way you’ll eat an entire loaf of bread before it goes bad, you can always freeze it. It doesn’t count if you put the bread in the fridge, either, as only freezing temperatures will push the pause button on the staling process.

Migoya suggests slicing your bread and freezing it in stacks of four or six. Whenever you want to eat it, pull it out and heat it up—in a toaster, an oven, or a pan—for a couple of minutes, and it’ll be delicious once again.

Yes, you can bring your bread back to life. No, it won’t require a defibrillator or putting your loaf under the faucet as you may have seen on the internet. Migoya says “it’s a little absurd to do that,” since all the water you need is already in the bread.

“The starch will reabsorb the water at this point, and when you pull it out of the oven, it will be like you have a brand new loaf of bread,” Migoya says.

Didn’t freeze it, didn’t revive it. Now what?

Ok, so you missed your window of opportunity and your bread is now very stale. Before you sigh helplessly and throw it away, understand there are a lot of things you can do to reuse and enjoy it.

If the word “breadcrumbs” just popped into your head, know that yes, you can make them—just toast the bread and put it in a food processor—but it is likely you already have a bag of those that’s been sitting in your pantry for the past three years. Even Migoya does and he’s written more than 2,400 pages on bread. So don’t feel bad about your breadcrumb hoard.

If you have a baguette or other type of lean bread—meaning it doesn’t contain fat—croutons are always a good idea. Slice the bread, then coat it in olive oil, salt, and pepper. If you want to add a little more flavor, add minced garlic and oregano. Put the bread in a toaster oven until it’s nice and crunchy. Break it up and voilà: croutons.

Croutons made from lean breads are crunchier than they are crispy, and if you use sourdough bread, those crumbly little cubes will keep their crunch for even longer when mixed into a salad or soup. You might want to skip croutons made out of spongy bread, such as brioche—they tend to absorb liquid quickly and turn soggy, and no one likes that in their salad.

Once you have croutons, Migoya recommends making Panzanella. A summer favorite, this Italian salad is a tasty, but simple, mix of croutons over diced tomatoes and fresh basil.

Bread pudding is one of the most delicious ways to save your stale bread from the trash. You can make it sweet and eat it as a dessert, or you can make it savory and serve it as a main dish.

For a sweet version of bread pudding, Migoya recommends letting the bread soak in a custard (heavy cream or milk, eggs, and sugar). Breads like challah, brioche, or sandwich bread are great for this type of recipe because their spongy texture makes them super absorbant.“They can mop up the liquid a lot better, so to me, they produce a better bread pudding,” Migoya says. “And the older the bread, the more [it] is going to absorb.”

Not to mention, there are hundreds of ways to make bread pudding, so you’ll almost never run out of new ways to reuse your bread.

Bread is one of the most fundamental foods ever invented, and arguably one of the most delicious. It is simple in that it can be made with only three basic ingredients, but it’s still somehow so complex that it almost seems magical. Honor thy bread and don’t let it go to waste. Trust us, you won’t be sorry.