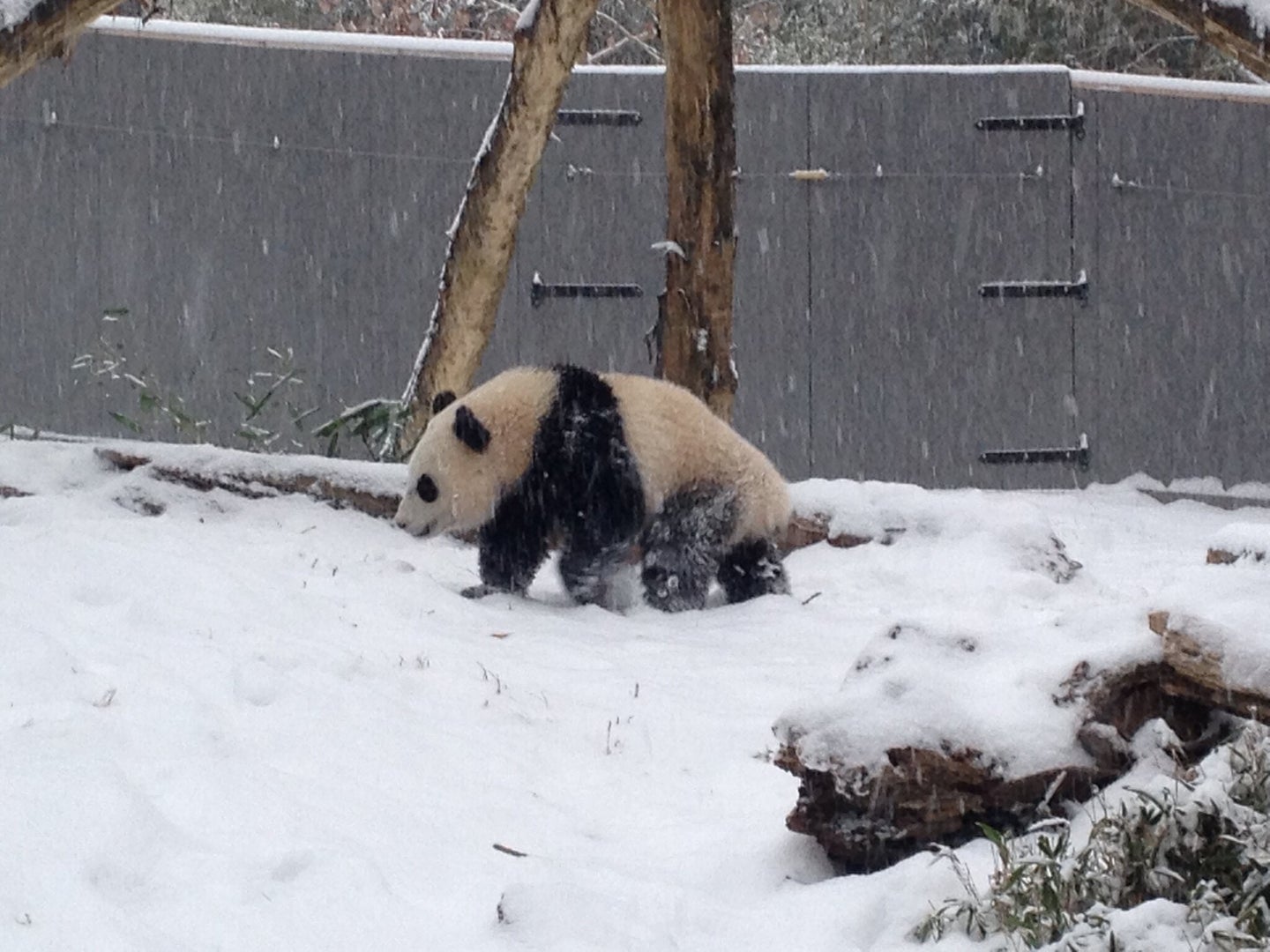 A winter storm blanketed Washington D.C. and surrounding regions in up to 8.5 inches of snow on Monday, as wind gusts whipped at speeds of over ​​20 mph. The snow dump closed schools and government offices and even grounded the president’s helicopter, but it didn’t stop the animals at the National Zoo from having a good time.

The Smithsonian’s National Zoo and Conservation Biology Institute tweeted a video of its giant panda cub, Xiao Qi Ji, frolicking in the snow on Monday.

“New year, new Xiao Qi Ji! In 2021, our giant panda cub was a little wary during his first encounter with snow. This morning, the 16 m.o. plowed face-first into the fresh powder, rolled around and relished 2022’s first #SnowDay. His belly-sliding skills are 10/10!” the tweet read.

Xiao Qi Ji, whose name translates to “little miracle” in English, was born in August 2020. Xiao Qi Ji is only 89 pounds, but he should get much bigger: Wild male giant pandas can grow up to 3 feet tall, 6 feet long and weigh up to 250 pounds, according to the National Zoo. You can watch a livestream of the National Zoo giant pandas here.

The snowy festivities continued into Tuesday when the National Zoo tweeted a video of all the other animals enjoying the fresh powder, saying “Everyone is getting into the #SnowDay spirit!”

Sloth bears Deemak and Niko had a “wintery wrestle.” As you can see in the video, they are actually quite agile despite their name. In fact, their name is quite misleading–they’re not related to sloths and can actually run faster than humans, according to the San Diego Zoo Wildlife Alliance.

Elsewhere in the zoo, a snow-covered American Bison munched on some grass while Swarna the Asian elephant did a little grapevine among the snowflakes. Asian elephants such as Swarna walk on their toes, and the unique vertical position of their legs allows them to stand for long periods of time and even sleep while standing up, according to the National Zoo. You can watch a livestream of Swarna—as well as Asian elephants Spike, Bozie, Kamala and Maharani—here.

At the Smithsonian Conservation Biology Institute in Front Royal, Virginia, cheetah cubs licked their mom, Rosalie, as they sheltered inside.