Bacteria to the Rescue

See how scientists are learning from the most common form of life on Earth to fight cancer, produce ethanol and maybe even grow crops on the moon 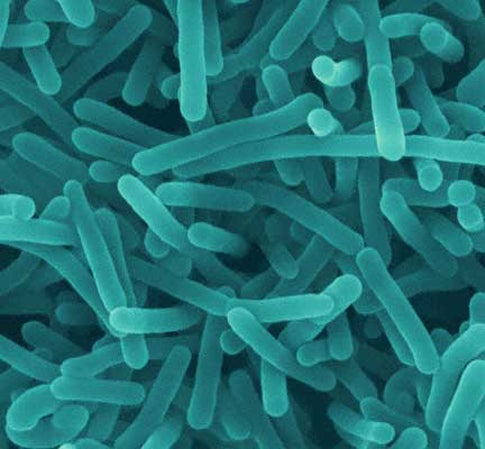 Germophobes and OCDers may want to stop reading now, or at least seriously consider only continuing with a bottle of Purell on hand—for today, we’re talking about bacteria, those squirmy no-see-’ems that densely cover just about every surface imaginable here on Earth, including your own skin. However much hypochondriacal hatred the mention of them can bring about, as with other quasi-oxymorons like “good cholesterol,” we’d be in a lot of trouble if it weren’t for bacteria. No higher order life would exist without them; they keep us alive and support our economy, and, frankly, most would be happy to go about their business having nothing to do with us. There are only a relative few that keep us washing our hands constantly for fear of illness. It is this great ubiquity and diversity that allow scientists to put both natural and modified bacteria to work in a wide range of beneficial modern technologies.

One way bacteria can be put to work is by genetically reconfiguring certain types that are normally harmful, making them benign and giving them a new task. The U.S. drug company Advaxis recently announced a study using neutralized Listeria monocytogenes bacteria, which can cause food-poisoning-like symptoms in humans and animals, to fight certain types of cancer. Listeria is perfect for the job, because it tends to infect special cells in the immune system called antigen-presenting cells (APCs). At the onset of an infection, APCs direct the rest of the immune system to attack pathogens by carrying certain chemical tags unique to the intruder on its surface—sort of like offering a bloodhound the scent of its catch.

Using modified Listeria bacteria that carry chemical tags found in certain cancers, the body then uses the new Frankenstein bacteria to direct the immune system to focus its attack on the cancer. The process is currently in clinical trials, but early results on subjects with advanced cervical cancer have shown promising results.

Another potential bacteria-related cancer treatment is the possibility of safer radiation therapy. Recent research has indicated that certain proteins found in the flagella (the tail-like propeller used for locomotion) of the benign Salmonella bacteria can prevent intestinal cells from going through the process of apoptosis, a sort of controlled cell suicide that naturally culls old cells. Radiation exposure sets apoptosis into motion prematurely, causing damage to the lining of the gut and bone marrow cells. In the study, when the flagella protein is given to rats that are then exposed to radiation, the molecule protected most healthy cells from harm while cancer cells were still successfully targeted. This could lead to safer and more effective chemotherapy with fewer damaging side effects, or even protections for workers in radiation-contaminated areas or potential victims of “dirty bomb” attacks.

Bacteria could also play a large role in the future of fuel production as the world continues its hunt for fossil fuel replacements. Recent research by has indicated that bacteria could aid in the production of ethanol, the plant-based biofuel currently getting the most attention as a viable gasoline replacement.

Producing ethanol is currently messy business—so messy that several studies have shown that when all is said and done, the benefits reaped from using ethanol instead of gasoline can be all but cancelled out when the emissions released during the production process are taken into account. Cellulosic ethanol, the most promising type that can be derived from the cellulose found in the cell walls of just about any plant, can be especially tricky—efficiently breaking down cellulose into usable sugars is something even the human body has trouble with (see: your poo).

One potential way out of this Catch-22 is teaching the biofuel source plants to break down their own cellulose naturally. Scientists at Michigan State University are working on a specific strain of corn, called Spartan III, that is capable of doing just that. Spartan III is modified by inserting the genes of several bacteria species, including those whose job it is to break down cellulose in the stomach of cows, into the corn’s own genome. This results in the corn breaking down the cellulose found in its leaves and stalks, generating simple sugars that can be directly fermented into fuels without intensive environmental and financial costs. This method also helps preserves corn’s viability as a food crop, as it enables ethanol production from parts of the plant other than the edible kernels.

It has also been suggested, believe it or not, that bacteria could help create rocket fuel on the moon. Tests suggest that cyanobacteria, or blue-green algae, would thrive in the soils of the moon once NASA starts planned construction of a base there in 2020. Provided enough water and sunlight, the bacteria could survive off the lunar soil and leech out the heavy titanium and iron deposits that would prevent other crops from growing. This could be the first step in making the soil arable for some sort of sustainable plant growth. The cyanobacteria could then be broken down by other bacteria to form a fertilizer, and the methane released during this process could be harnessed to create rocket fuel (see a paper on this research – PDF link). It is even thought that the leeched out heavy metals could be collected and smelted into building materials. Now stay with me on this tangent: arable lands lead to crops lead to (hopefully) moon cows lead to milk leads to real moon cheese. I can’t wait.

As you can clearly see, not all bacteria are bad. And when we experiment with them they can sometimes lead to amazing discoveries. My own personal countdown for 100% lunar-farmed dairy products begins now.