Groomed For War: What Was The Beardiest Battle Of The Civil War?

Researchers compare the facial hair of Confederate and Union officers 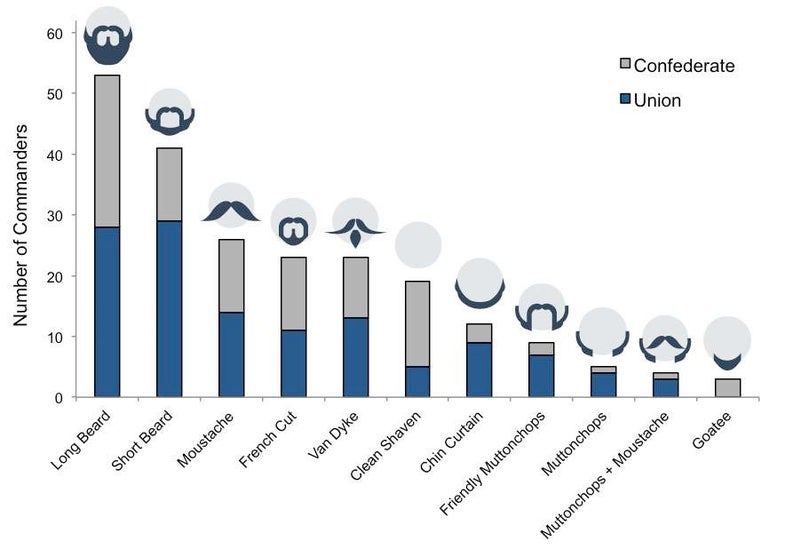 Civil War generals are as known for their beards as they are for their tactical ineptitude. While reenactors devote great attention to recreating this facial fur, the beardiness of generals is an understudied field. Fortunately for us all, Proceedings of the Natural Institute of Science (PNIS), a part-serious, part-satirical journal, yesterday published the first half of a study on the beards of the Civil War. We now, at last, have an answer to the question probably no one was asking: which battle had the most total facial hair combined between commanders? 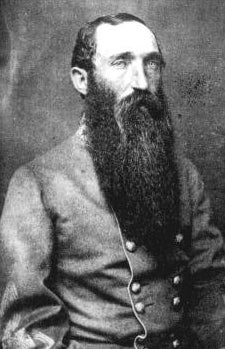 The answer, it turns out, is the Battle of Cloyd’s Mountain, a relatively small struggle over control of a rail line between Virginia and Tennessee in 1864. A Union victory, the battle takes home the crown of “most combined facial hair of any pair of combatants in the entire war” thanks to the staggeringly long beard of the Confederate Brigadier General Albert G. Jenkins (the beard was almost three times the size of his face) and the trim mustache combined with untamed short beard of Union Brigadier General George R. Crook.

To reach this conclusion, study author and PNIS editor-in-chief Matt J. Michel used photos of the commanders, finding 124 Union commanders and 95 Confederate ones, and choosing the beardiest possible picture they could find of each officer. From this, they mapped the non-eyebrow facial hair of each commander, and compared it to the total area of the rest of the commander’s face. In the process, Michel discovered some interesting stylistic variations between the combatant sides:

Part two of the study, set to be released next week, will delve into the relationship between facial hair and victory. We’re just bristling with anticipation for that one.