How high-end restaurants can turn their menus completely vegan

World-famous food doesn't have to be meat-heavy. 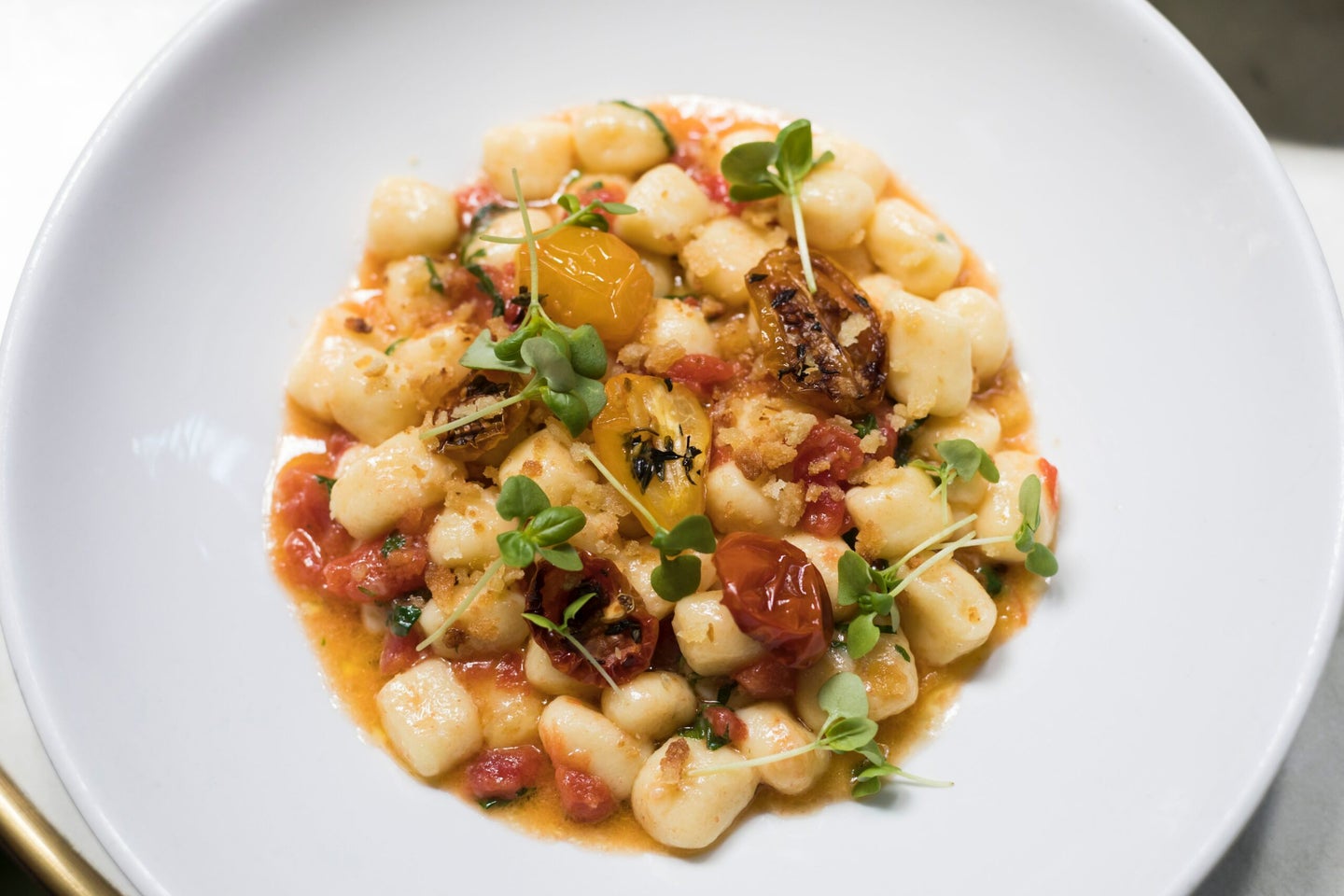 Its award-winning and lavish menu is historically meat and dairy laden—starring dishes like butter-poached lobster tails and celery roots in pig’s bladder. But this spring the restaurant announced that it would be re-opening with a vegan menu. Other world-famous restaurants have transitioned their menus into being vegan—Michelin-starred French chef Alexis Gauthier changed up his own menus and lifestyle.

High-end spots aren’t the only restaurants offering meat-free options. Over the past few years, burger giants Burger King and White Castle have unveiled menu items made with vegan meat. It may seem as if the American diet is starting to dive into the deep end of veganism or vegetarianism, but there’s still a ways to go before a large portion of the population is head-over-heels for plant-filled plates.

The average person in the United States consumes more than 200 pounds of meat a year according to a 2018 report. Despite a growing genre of meat substitutes and plenty of information and media on how to make the switch,  meat consumption has continued to increase worldwide in the past 50 years according to the BBC. As poorer countries experience an increase in wealth, people within those countries have the purchasing power to shop for more beef and chicken, amping up demand for meat despite even the most convincing vegan patties hitting the market.

For as long as vegan and vegetarian options have existed, one question prevails. How does any restaurant, from upscale to neighborhood joint convince even the most carnivorous patrons to give vegan options a try? Apparently, there is a science and method to getting people to try new things. John Hayes, a professor of food science at Penn State University and the director of the Sensory Evaluation Center explained that getting omnivorous patrons to enjoy a vegan menu would mean a combination of several culinary tricks.

Hayes has seen other examples of a market-changing to bring in as many customers as possible. Take the abundance of gluten-free products—at first, people with celiac or other conditions were stuck with grocery lists full of items that “didn’t exist or were really bad.” But as that market grew, companies formulated better products that all kinds of people could enjoy that could sway even the most gluten-loving among us. He feels that the explosion in popularity of meals like Nashville hot chicken sandwiches as an example of a food that is familiar but with a new twist—using a classic food as a vehicle for new flavors.

“It’s not too weird to be outside their comfort zone, it’s spicy and it’s juicy and it’s crispy but at the end of the day it’s a chicken sandwich,” he said. “Everybody’s gotta catch up [to food trends]… even high-end dining.”

He predicts that if Eleven Madison Avenue can create vegan dishes with “meaty” textures and satisfying savoriness, meat-eating patrons will find that balance between familiar and novel that will allow them to enjoy the restaurant’s new vegan menu. It’ll require experimenting, comparing, and finding new ways to draw out the flavor that doesn’t rely on animal meat or animal fat.

“They need heartiness— umami. It’s discussed as an Asian flavor when it’s not, it’s in a lot of things,” he said. “It’s appealing to people that are used to eating animals.”

But formulating these menus and creating dishes that don’t just mimic animal ingredients, but provide the sensory experience that people need to thoroughly enjoy a dish. Hayes predicted that more and more restaurants and food companies may be working with food researchers and scientists to find the perfect combination. Eleven Madison Park’s chef Daniel Humm admitted to the New York Times that going vegan would change the process of cooking food since the new menu would have to be up to the old menu’s standards. Ingredient costs would go down, but that costs for producing the food would increase.

“[Transitioning the menu is] a labor-intensive and time-consuming process,” Humm told the New York Times.