The reactor's makeshift tomb was only supposed to last until 2001 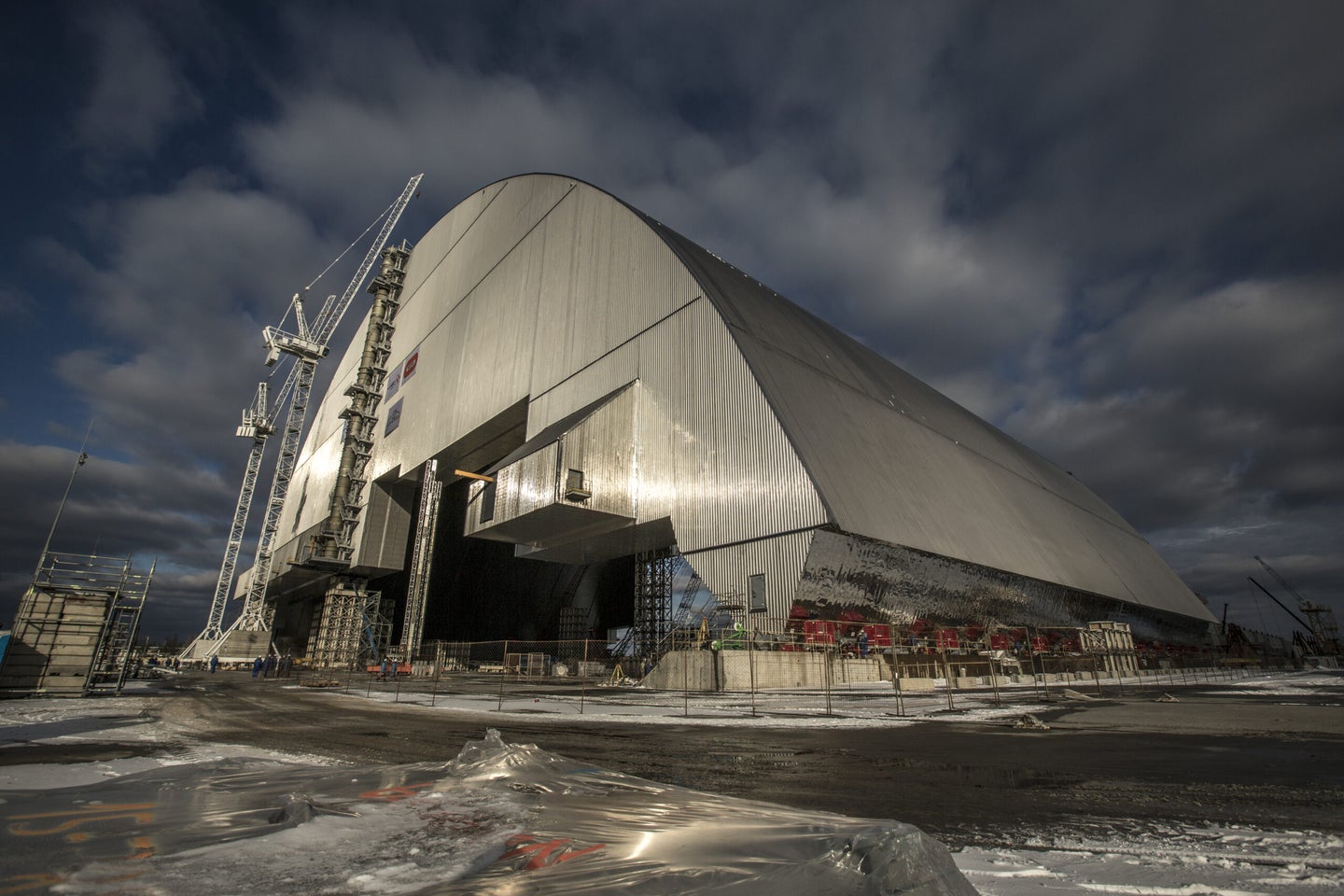 After Unit 4’s reactor at the Chernobyl Nuclear Power Plant went, well, nuclear in 1986, Soviet engineers had to act quickly to stop the spread of radiation. The best solution they could manage in six months was dubbed “The Shelter,” a hastily-built, shoddy cover for the site of the meltdown made from steel and concrete. Though “The Shelter” was designed to last only until 2001 (fifteen years after the meltdown) it’s spent another 15 years as the only separation between the reactor and the outside world. If the Shelter had collapsed, the building hiding beneath would have sent incredible amounts of radioactive dust into the air, exposing Chernobyl workers to nearly 25-times the allowed annual limit of radiation in the process.

In 1997, the nations of the G7 agreed to pay to renovate the Shelter, but not for the reasons you think. The Shelter was in such poor condition that it had to be repaired before it could be replaced. Once it was fixed, the Shelter could be covered and safely torn down. That cover – an arch called the New Safe Confinement (NSC) – began construction in 2010 and was finally put into place today. The NSC took nearly seven years and 1.5 billion Euros to complete, and is designed to last 100 years. The arch was constructed alongside the reactor site, then all 36,000 tons of it had to be moved over 300 meters to cover the Shelter. Watch the accompanying timelapse video from the EBRD/Novarka to see the NSC being moved into place.

Ed. note: A previous version of this article stated that the structure weighs 36,000 pounds, instead of 36,000 tons. The error has been corrected.