How To Repurpose Your Old Radio To Listen To Meteor Showers 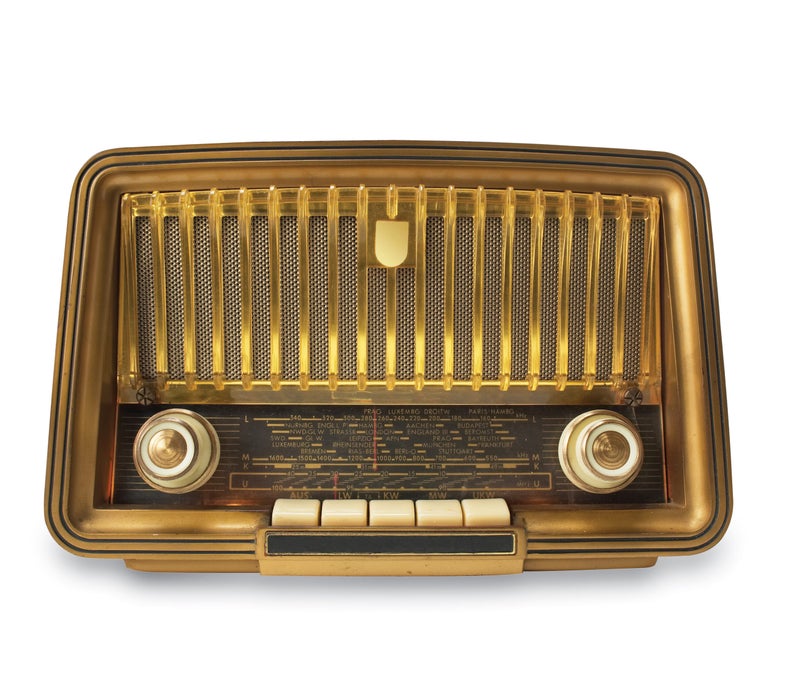 In November 2014, the Leonid meteor shower will streak across the sky, peaking on the 17th and 18th. You could watch it. Or you could listen to it—all you need is a modified stereo receiver to tune in. Pair that with radio strip chart software, and you can record the entire event, even during daylight.

Meteors leave streams of gases and vaporized material in their wake. These ionized trails, which form at 262,000 to 330,000 feet up, are visible from Earth as bright shooting stars. In addition to shedding light, the trails can also reflect radio waves.

With your radio tuned to a distant station, all you can hear is static. But when a meteor trail reflects that station’s signal, it boosts the power. This jump in signal strength is what your radio, with the help of a good FM antenna, picks up. During a shower, the receiver should detect several meteor spikes per hour, despite cloudy conditions or bright light.

WARNING: Avoid using the radio and antenna system when lightning is present in your area.

1. Dust off your old stereo receiver and attach an FM Yagi antenna. Then plug in the headphones.

2. Tune the radio to a frequency without reception, between 88 and 108 megahertz, while keeping the antenna in a nearly horizontal orientation. You could attempt to locate a long-distance powerful FM station (operating with a transmission power greater than 30 kilowatts) and use the latitude/longitude coordinates for its transmission tower to guide the orientation of your antenna. But this takes extra effort. It’s much more fun to let serendipity guide your search for FM station reflections.

3. When a meteor passes overhead, its ionized train will reflect FM radio waves, causing an audible spike in signal reception.

4. To record, connect the receiver’s headphone jack and your computer’s line-input jack with an audio cable. Newer PCs might need a USB audio adapter.

5. Download and set up the Radio-SkyPipe II software on your computer, using the online configuration guide. Signal boosts should appear as spikes on your radio strip chart.

6. Adjust the receiver’s volume until the audio signal spikes hit just below the maximum threshold of the radio strip chart. You can now “see” meteors in any weather conditions. Bonus points for scoring a snapshot of a meteor AND a corresponding strip chart spike.

This article originally appeared in the November 2014 issue of Popular Science under the title, “Listen In on a Meteor Shower.”