But it’s not necessarily the real thing. 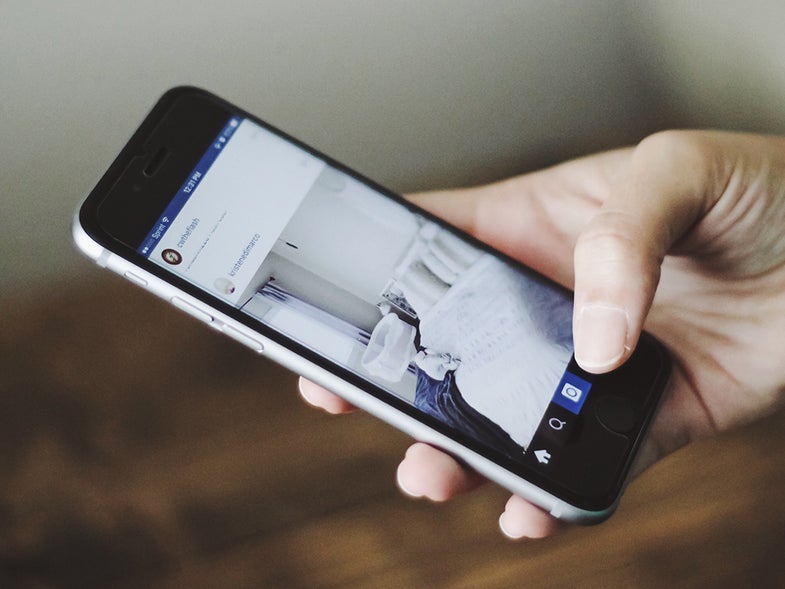 If you are reading this on your phone or tablet, pause. Put down your phone for a few minutes, and take a break.

Good? Great, now let’s continue. After all, technology has become an important part of our daily lives. You can’t just expect someone to put down their phone. But all those texts and tweets might be doing a number on our joints. A small study in Muscle & Nerve recently found that students who overuse small electronic devices are more likely to experience wrist and hand pain, as well as changes to a particular nerve in their hands.

It’s a familiar story for many of us: after hours of typing away on our computers or scrolling through Facebook on our iPhones, we feel a twinge of pain in our hands, or the need to flex our wrists. People often assume that this is carpal tunnel syndrome (CTS), a condition where the hand’s medial nerve is compressed. While the recent study didn’t directly connect small electronics use with CTS, the researchers think the symptoms seen after using these devices are very similar—and could indicate an increased risk of developing CTS.

“Caution may be warranted when using handheld electronic devices, in order to minimize the chance of developing wrist/hand problems,” says Eugenia Hoi Chi Woo, first author of the study and research associate at the Hong Kong Polytechnic University.

The researchers studied a sample of 48 college students—a relatively small group, roughly the size of a small college lecture. The students were classified as either intensive (more than 5 hours of use per day) or non-intensive users, based on self-reported time spent on phones, tablets, and video games.

The scientists administered two diagnostic tests to assess CTS symptoms. The first was Phalen’s test, where the subject holds both arms horizontally in front of them with their fingertips pointed downwards and the backs of their hands pressed against each other. Subjects are asked if they feel numbness or tingling when they press their hands together. This was followed by the second test, Durkan’s test: the doctor presses down on the median nerve in the center of the heel of the subject’s hand, and the subject reports if they feel pain or tingling.

Students who used electronics for more than 5 hours a day were more likely to get positive results on these tests, indicating symptoms of CTS. The diagnostic tests were followed by ultrasound imaging of the subjects’ hands, which showed that the median nerve was larger in intensive users.

But this doesn’t quite mean that these students had carpal tunnel syndrome.

“We did not prove that intensive use of electronic devices caused CTS,” Woo says. “However, since CTS is a repetitive strain injury caused by compression of the median nerve, it follows that using handheld electronic devices for long periods without recovery time or in sustained awkward postures may increase the risk of the injury.”

So, the good news? Even if that pain in your hands feels like carpal tunnel, it might not actually be CTS, according to doctors. “[Small electronic devices] are unlikely to lead to chronic arthritic conditions unless it is overdone a great amount,” says Yusuf Yazici, a professor at NYU Langone Medical Center specializing in rheumatology, who was not involved in this study.

He says the study’s results still seem valid, and are similar to those from a study he carried out in 2011, where he showed that many hours of playing video games and using cell phones led to joint pain in subjects slightly younger than the college students that Woo studied.

Woo and Yazici aren’t the only ones who’ve studied the effects of modern technology on joint health. In the course of reading this article on your phone, you’ll probably swipe, maybe even pinch to zoom in or out, and tap the screen to share or type a comment on Facebook. Some studies have suggested that these repeated motions can cause joint problems. But that’s similar to the pain you’d feel from any repeated fine motor activity, says Steven Yang, a professor at NYU Langone Medical Center specializing in orthopedic surgery who was not involved in the new study.

Yang is somewhat skeptical of the recent paper’s results. In his practice as an orthopedic surgeon, he’s found that patients make a common mistake: “There’s a misconception that hand pain or stiffness and CTS are the same, and that’s certainly not the case,” he says.

Do electronic devices come up in conversations with patients about hand pain? “All the time,” Yang says. But he’s hesitant to call it CTS, which is a very specific nerve-related disease. He also points out that if CTS were related to the use of small electronics, you would expect to see an epidemic-like increase in CTS cases accompanying the recent rapid increase in the use of smartphones and tablets, which has not been the case.

However, he still thinks this is a good step in the investigation of a worthwhile topic. Yang says that further studies—larger, and better controlled—are required to really establish a relationship. And that’s just what Woo plans to do. To definitively connect electronics use to carpal tunnel syndrome, Woo and her colleagues will have to follow up with nerve conduction studies or other clinical tests more rigorous than the ones they used with this group. But regardless of the end result, Woo still thinks regular electronics users can learn from this study.

“We hope this novel study will raise awareness among electronic device users of the importance of postural variations during their use,” Woo says. “It also highlights the need for rest periods so as to avoid prolonged use of such devices.” She recommends five minutes of rest for every 30 minutes of device use, and paying attention to the way that you hold your devices; for example, keep your wrist straight rather than bent, she says, to avoid applying pressure to the medial nerve.

So, will you get carpal tunnel from hours of scrolling through your phone? Unclear. But can you expect some pain? Probably, and now you know you’re not the only one.