Your government shouldn't curb your freedom of expression online 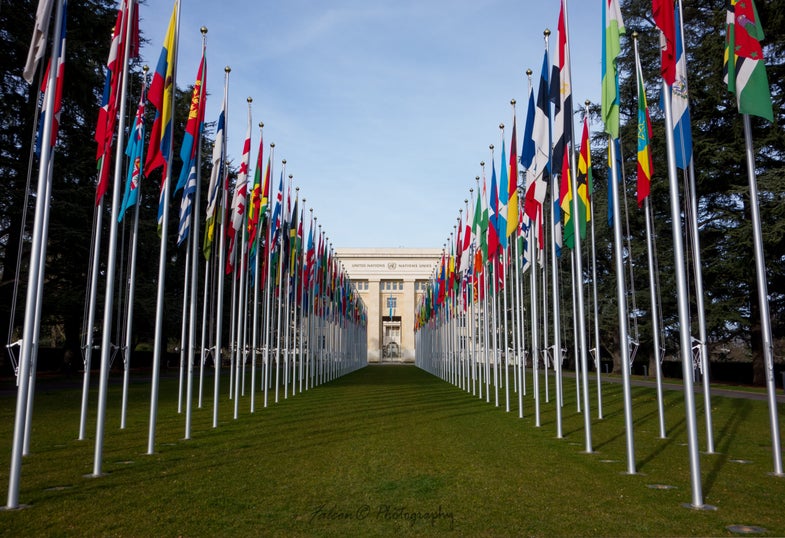 Express yourself! At least feel free to do it online, knowing that the UN Human Rights Council now backs your right to do so.

In a new, non-binding resolution, the UN condemns deliberate “measures to intentionally prevent or disrupt access to or dissemination of information online.” This condemnation means the UN is against governments shutting down the Internet at any time, and especially during times where information must be urgently disseminated, such as during an election or immediately after a terror attack.

Not only this, but the resolution also focuses on the freedom of expression online, security concerns surrounding this expression, accountability on all human rights violations, and an effort to expand and provide Internet access to those to whom it’s currently unavailable.

Another one of the resolution’s explicit goals is to bridge the gender digital divide and make it easier for people with disabilities to access the Internet on top of protecting those that are already online.

This resolution is covers aspects of Article 19 of the Universal Declaration of Human Rights, which asserts: “Everyone has the right to freedom of opinion and expression; this right includes freedom to hold opinions without interference and to seek, receive and impart information and ideas through any media and regardless of frontiers.”

The UN is expanding the scope of this article to the Internet, which builds on a 2012 UN resolution on Internet free speech that affirmed “the same rights that people have offline must also be protected online.”

The resolution received pushback from countries like Russia, Cuba, China, and about 14 other countries have their qualms about helping people gain access to and use the internet freely.

This is not too shocking as many of these countries have placed limitations on internet access and its use within their own borders. Recently, China has ramped up its efforts to censor news that comes from social media outlets, according to The New York Times.

Luckily more than 70 countries rejected the revisions made by this minority opposition and adopted the resolution that emphasizes “the promotion, protection and enjoyment of human rights on the Internet.” Although the resolution cannot be legally enforced, it is still a powerful move as we move further into the Digital Age.