The Brilliant Ten: Manu Prakash Brings Science To The Masses 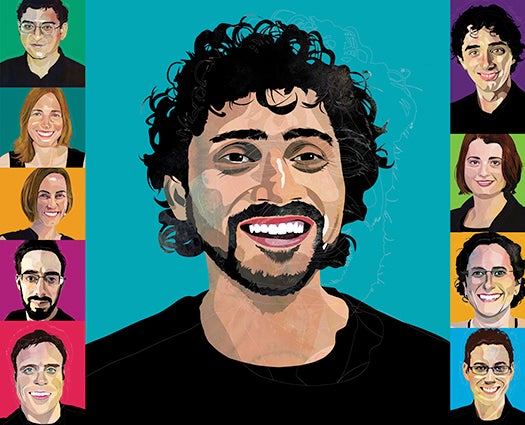 When he was a boy growing up in India, Manu Prakash didn’t have a microscope, but he’d seen drawings of one. Convinced he could build his own, he stole the thick lenses from his brother’s only pair of eyeglasses. Though the fledgling device was not long-lived (his brother soon noticed the theft), Prakash had discovered the power of creative engineering. Today, as a Stanford physicist, Prakash is still reinventing high-tech tools using inexpensive materials—an endeavor he calls ‘frugal science.’

Rather than starting with off-the-shelf components, Prakash lets the problem guide the design. For example, when he set out to build a diagnostic microscope for health workers, he knew it would
have to be cheap, rugged, and easily produced. Faced with these constraints, Prakash developed a pocket-size paper microscope that is powerful enough to detect a malaria parasite in a drop of blood, yet costs just 50 cents.

Prakash’s newest device, inspired by a music box, leverages punch cards and a hand crank to carry out complex chemical analyses. Changing the holes on the cards determines which chemicals will be released when. Prakash envisions scientists using the apparatus to test soil chemistry or detect different kinds of snake venom, but it could be modified to run almost any kind of assay. “We’re going to make them very widely available and let other people build their own apps on top,” he says.

Prakash’s inventions may be designed to address complicated problems, but their low cost and simple designs make them accessible to everyone. “Scientific tools have been built and designed and kept in the silos of universities,” Prakash says. He wants to bring them to the masses.