Is Vaporized Alcohol The Drink Of The Future? 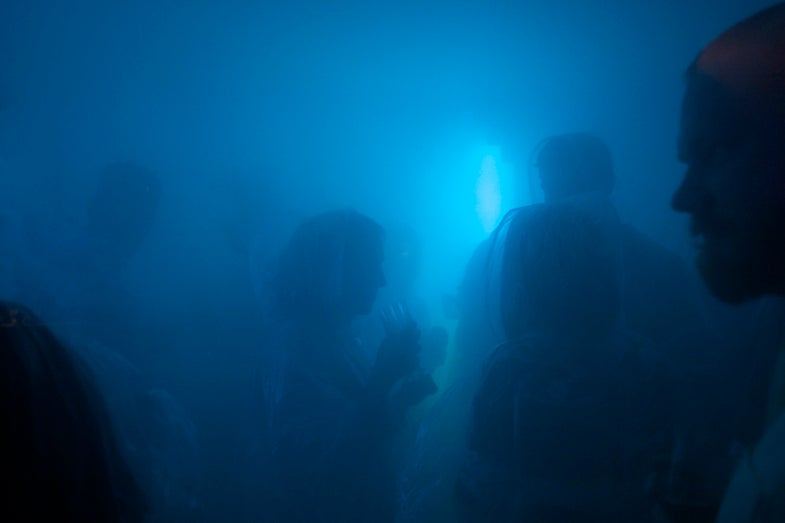 Just a few hundred feet from the Thames River, in an ancient monastery under London’s Borough Market, people slowly get drunk in a cloud. The bar is called Alcoholic Architecture, and the cloud is made of vaporized gin and tonic. To the body the vaporized liquor has the same effects as the liquid version you probably know and love, but vibe in the cloud was different than London’s typical pub culture, more jovial and a bit silly. Alcohol probably didn’t have much to do with that silliness—everyone was wearing a plastic rain poncho indoors, necessary because the sugary vapor left a sticky film on any uncovered surface.

Alcoholic Architecture is one of several recent entrepreneurial efforts to entice drinkers to consume their libation as a vapor—Bompas and Parr, the company behind Alcoholic Architecture, created an installation of a whiskey tornado in 2013; other companies, such as the now-defunct AWOL and Vapshot sell devices designed to vaporize alcohol mostly for home use. By changing the physical state in which consumers ingest their beverages, these companies hope to change their relationship with alcohol, emphasizing its taste while maintaining the social elements associated with drinking. But can inhaling alcohol be as safe as (or safer than) drinking it? And is vaporized booze just a gimmick, or a true trend towards the future?

Turning alcohol into vapor is surprisingly easy. For large spaces like with the Alcoholic Architecture project (the vapor-filled room is called the cloud), the device is probably similar to a fog machine–if ultrasound is directed at a liquid, it slowly turns into vapor. “Normally the trick isn’t as exotic as you might imagine,” says Sam Bompas, one of the directors of Bompas and Parr, the company behind Alcoholic Architecture. That’s also the technology behind some nebulizers, machines that deliver medicine in a mist to people with respiratory illnesses like asthma or cystic fibrosis, and, likely, the Alcohol Without Liquid (AWOL) gadgets, popular in 2004.

On a basic level, alcohol affects your body in the same way no matter how you consume it. From your stomach or lungs (or rectum if you’re into alcohol enemas) alcohol goes into your bloodstream, then the body slowly breaks it down as it makes its way around to various organs, like your skin, heart, and brain. That’s why, contrary to popular belief, alcohol still has calories when inhaled because they result from the metabolization process.

But it’s true that, when inhaled, alcohol has a slightly different effect. It arrives at the brain much faster—in about 10 to 20 seconds—than when it’s ingested because of how the blood travels in the body, says Rochelle Schwartz-Bloom, a professor of pharmacology at Duke University. Since the route is more direct, the body has had less time to break down the alcohol, which means more alcohol molecules are affecting the brain very rapidly.

This can be good for a person consuming alcohol moderately. It takes much less alcohol to get you drunk—you feel a quick buzz, and it wears off faster, too. “It hits you instantly, and that’s a good thing because often people will go out and take shots before they feel the first one, and after a half hour they’ve overconsumed,” says Victor Wong, the CEO of Vapshot. In one very small test conducted that Vapshot conducted, a woman inhaled a one-liter bottle of alcohol vapor and immediately blew a 0.05 on a breathalyzer test that measures her blood alcohol content—enough to make her an impaired driver. 30 minutes later she blew a 0.0 on the same test, so she would be good to drive.

But if a person inhales too much vaporized liquor in a short period, she can disable the body’s built-in defenses against getting dangerously intoxicated. “Usually, if you’re approaching a lethal dose, you pass out first—it’s the body’s defense,” Schwartz-Bloom says. “But they’re disabling the neurons in the brain that are important for breathing and cardiovascular control too quickly; a person could reach a lethal dose too fast, before they have a chance to pass out.” 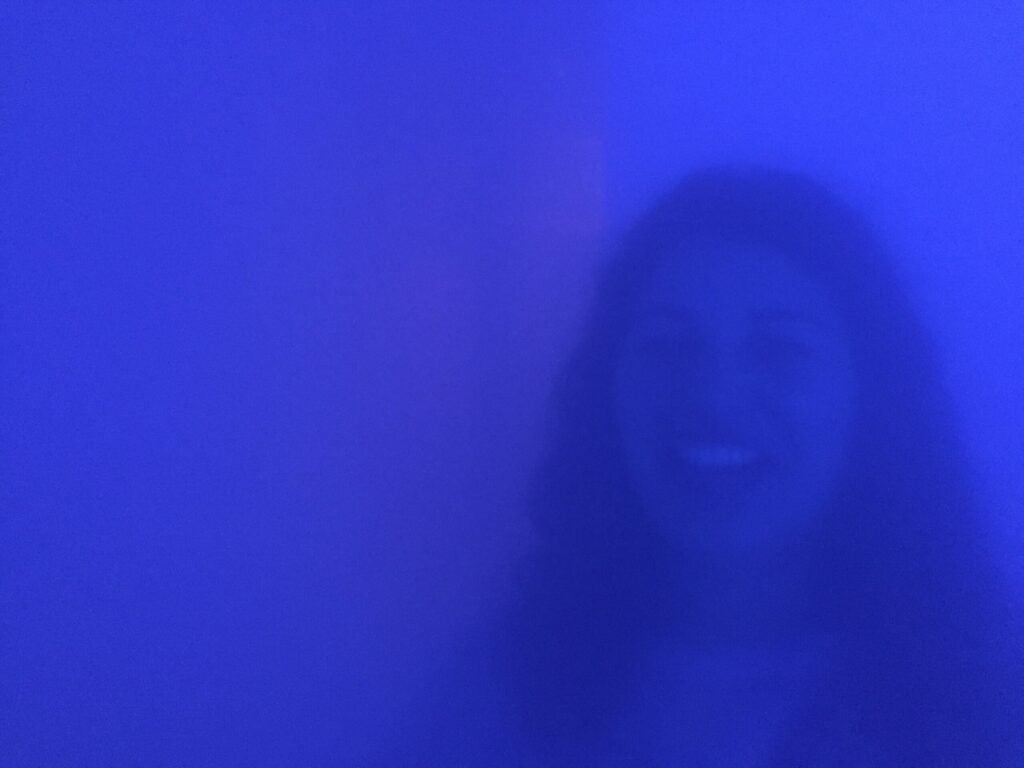 The author in the cloud at Alcoholic Architecture

Herein lies the danger of vaporized alcohol: though you may know how many drinks it would take to get you drunk, you probably don’t know how much vapor would bring you to a dangerous level, and there wouldn’t be many warning signs. Any company trying to market alcohol in vapor form has struggled with this question: How do you keep consumers safe?

Some companies failed to properly address this issue, and have paid the price; concerns about dangerous overconsumption led to the 2006 ban of AWOL in 22 states. The company’s web site is no longer active.

But Wong believes Vapshot has found a way to moderate vapor’s dangerous effects. The Vapshot machine automatically fills bottles with vaporized alcohol, which consumers pop and inhale. This provides a built-in way for imbibers to regulate their consumption, and since each bottle contains 1/60th the amount of alcohol as a typical one-ounce shot of liquor, they end up consuming less of it. Because imbibers are ingesting less alcohol, Wong says, “You can go out, have a great time, have the same buzz [as drinking alcohol], but not get hungover and still be responsible.”

The founders of Alcoholic Architecture have come up with a similar method to regulate patrons’ vapor consumption: simply limit the amount of time they are allowed to spend in the room of vaporized gin and tonic to 50 minutes. That’s the equivalent of one double G&T, Bompas says, a number that the company calculated based on room size, number of people, and their lung capacity. “Because we’re doing something new, we’re under a lot of scrutiny, so we have to be doubly sure that everyone stays safe,” Bompas says.

Of course, part of the reason people drink alcohol is for the taste, and even that changes when booze is vaporized. Wong claims that Vapshot purifies the libation, making its flavors more pronounced than in liquid form, a claim anecdotally supported by some consumers. Some even said it was too strong.

Bompas and Parr want the experience of inhaling alcohol to be a bit more nostalgic, something familiar and yet still new. Gin and tonic wasn’t a random selection—they wanted the vaporized beverage to inspire warm feelings from past G&Ts, like an alcoholic Madeline. “We chose gin and tonic because it’s familiar territory,” Bompas says. “It gives people a sense of déjà vu, but they’ve never had gin and tonic like this before.” I’m not sure I had déjà vu when I tried it (then again, I’m not British and don’t have the same nationalistic attachment to gin and tonic). But when I bought a gin and tonic and drank it in the cloud, the liquid version actually did taste different—the vapor brought out the citrusy elements of the drink and cut a bit into its typical sourness.

Given all the hype, might breathing booze someday replace drinking it? Wong doesn’t think so. “We’ve been told since day one that our product might replace drinking,” he says. “But really I think it could be complimentary drink, I don’t think people will stop drinking. Different alternatives to consuming alcohol is good, people like options.”

Bompas agrees—there’s a place for alcoholic vapor in the future, but it’s not going to edge out drinking culture. “I think this is certainly a drink of the future,” he says. “There have been relatively few innovations in drink over the last millennia, but this is certainly one.” Bompas likes the idea that, if liquor is consumed in a different format, an imbiber might pause to consider his relationship with that drink before enjoying its intoxicating effects.

But these benefits can only happen if innovators are responsible with it. “Technology can be used for good or evil, and we want to do no evil,” Wong says. And while he and his customers see the benefits of inhaling their liquor, a company that doesn’t properly test their devices could put consumers in danger, ruining the vapor party for everyone. “We’re not against people vaporizing alcohol for public consumption. We’re against people doing that and not fully testing it for safety,” he adds. “Like with any product, you have to have some morals and ethics to know your products are as safe as you can make them.” 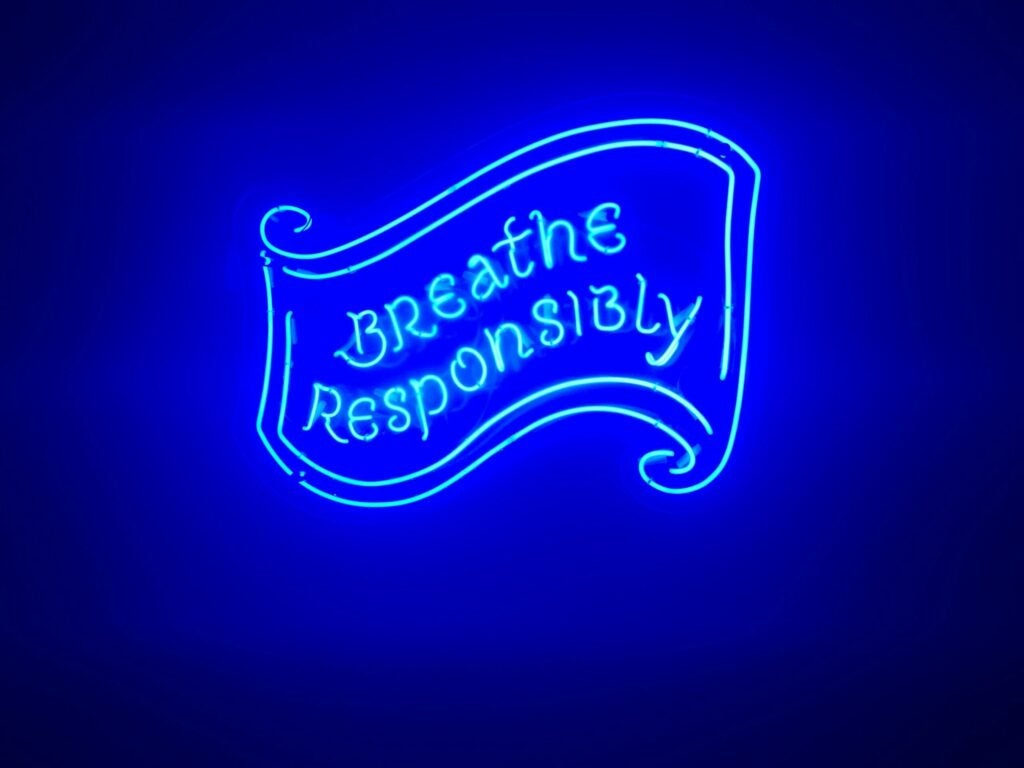