Tesla’s four-wheeler for kids is already sold out 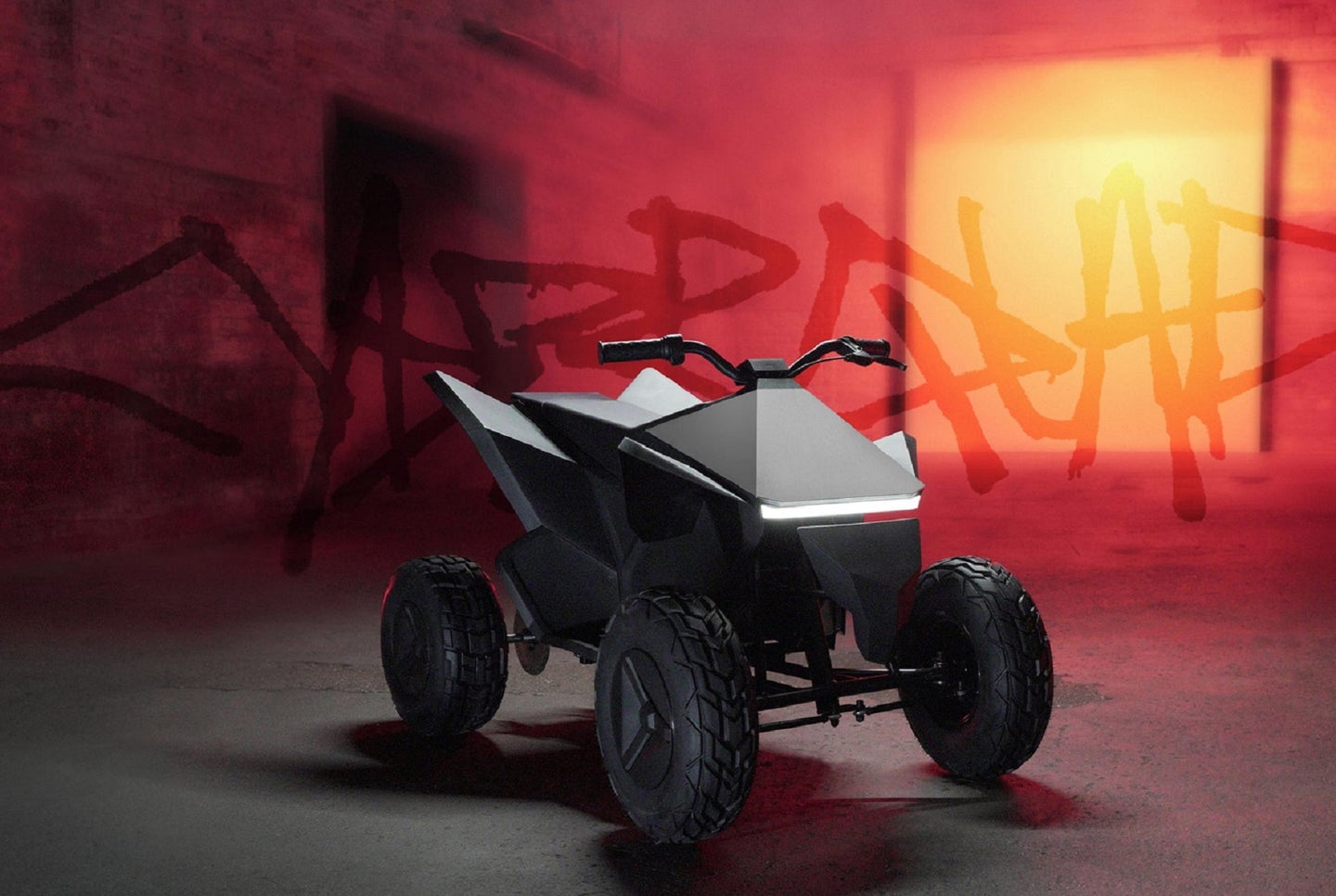 The first real-world version of the Cyberquad is for kids only. Radio Flyer
SHARE

Remember the Tesla Cyberquad? Sure you do! It was Tesla’s “one more thing” during the Cybertruck reveal, aside from breaking the truck’s supposedly unbreakable windows. Well, after two years of waiting, the Cyberquad is here. Kinda.

On Thursday, Tesla and Radio Flyer announced a bite-sized version of the Cyberquad marketed as a ride-on toy for kids whose parents can’t wait for their own.

Featuring a 36-volt battery, the mini Cyberquad can sprint around the block at up to 10 miles per hour—that can be limited to 5 mph at the flip of a switch. Its lithium-ion cells provide up to 15 miles of range between charges, which is enough to peruse the neighborhood or some rougher terrain.

The Cyberquad also has air-filled tires, a welded steel frame, adjustable suspension, and a rear disc brake. Most importantly, the body holds true to the original cyberpunk design, and it retains those super cool strips for the headlight and taillight.

Those looking to buy one for their kiddo are at least temporarily out of luck if they haven’t already ordered one. According to Tesla’s site, they’re all sold out despite the healthy $1,900 asking price. That’s nearly four times the price of Radio Flyer’s Tesla Model S; also, there’s some assembly required.

Those who did buy it for Christmas have no guarantee of receiving it by then, as per the website.

A cool little Easter egg, though—it appears as if Tesla also snuck a real Cyberquad into a short clip posted on Twitter by Tesla’s chief designer, Franz von Holzhausen. Some frame-by-frame shots of the larger machine appear to match up to the prototype Tesla showed off at the Cybertruck reveal, which was supposedly a Yamaha Raptor underneath.

There’s no word on when the full-size Cyberquad will make its debut, but with two new factories ready to come online and a plethora of product backlog, it could be a while before the adult version hits the trails.