What if horror movie characters had smartphones? The Techathlon podcast crew has some ideas.

Check out the latest episode of your favorite tech trivia podcast. 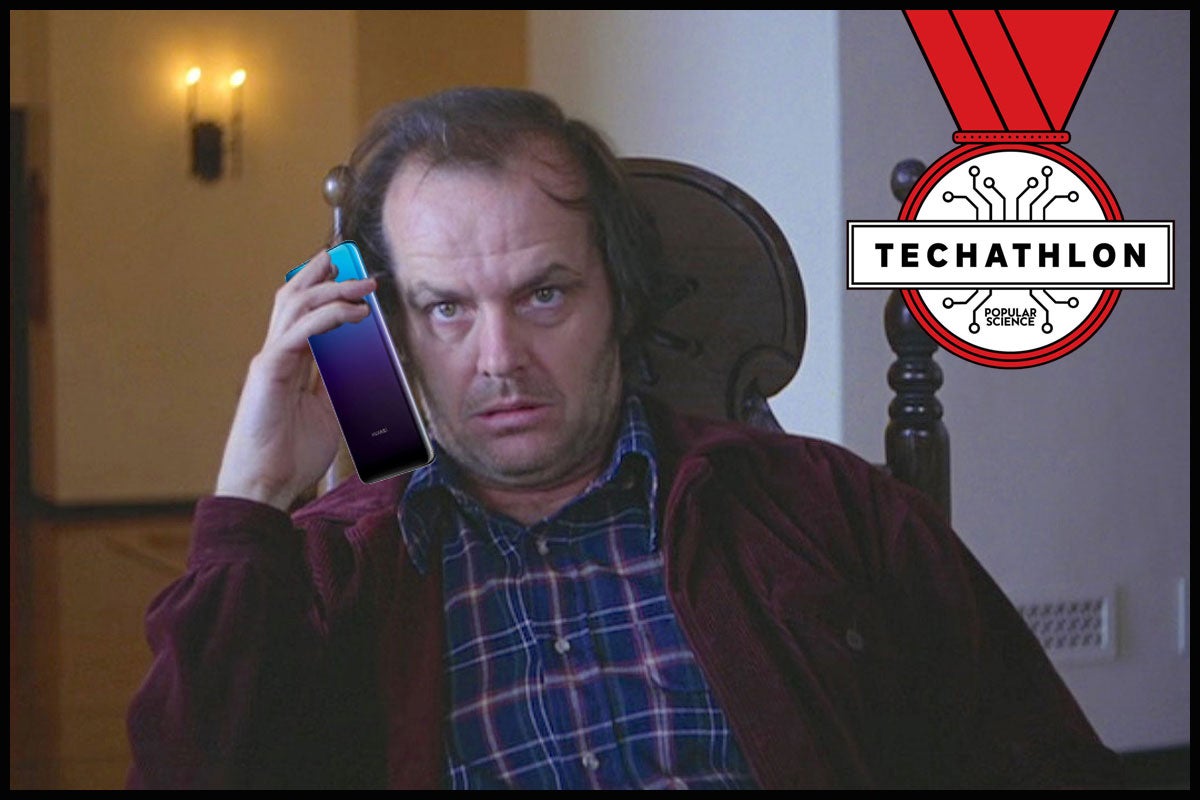 Spooky season is officially over and we’ve moved on to Turkey Territory, or whatever adorable name the internet has bestowed upon the month of November. But, before we tear down the skeleton decorations and fake cobwebs, let’s give the scariest holiday one last hurrah. This year the Techathlon team spent Halloween with our pals from The Weirdest Thing I Learned This Week podcast at their live show in NYC.

As part of the festivities, our hosts put together a special horror movie edition of a game we like to call, “What if characters in old movies had smartphones?” Originally inspired by the tired internet trope about how most Seinfeld episodes would play out much differently if the characters had the ability to call, text, Snap, and ping each other.

In this Halloween edition of the game, we picked two players from the audience and read them fake texts that could have come from characters infamous horror movies. They have to tell us the name of the character or just the movie.

You can listen in the player above, subscribe on Apple Podcasts, add the show on Stitcher, or join up on Anchor.

It’s a raucous good time and there are some expert-level photoshop images to go with the answers, so be sure to follow @techathlonshow on Twitter to see what Freddy Krueger looks like when he’s texting on his iPhone. Spoiler alert: He loves Animojis.

We’re back to our normal schedule next week, so tune back in on Monday for all the cut-throat competition, bad puns, and even a useful tech tidbit here and there.

If you’re still craving more Techathlon content, go back and check out the last live episode we did in case you missed it. It’s always fun to hear how average folks hold up in the high-pressure crucible of the world’s preeminent technology-based, trivia game show podcast.

And if you missed last week’s show, that’s embedded here as well. It is Monday, after all, and we know you need stuff to do while you’re trying to look busy at work as you run out the clock until Thanksgiving.