If it looks like a bass and is terrorizing mosquitofish, it might actually be a robot designed to protect native tadpoles. 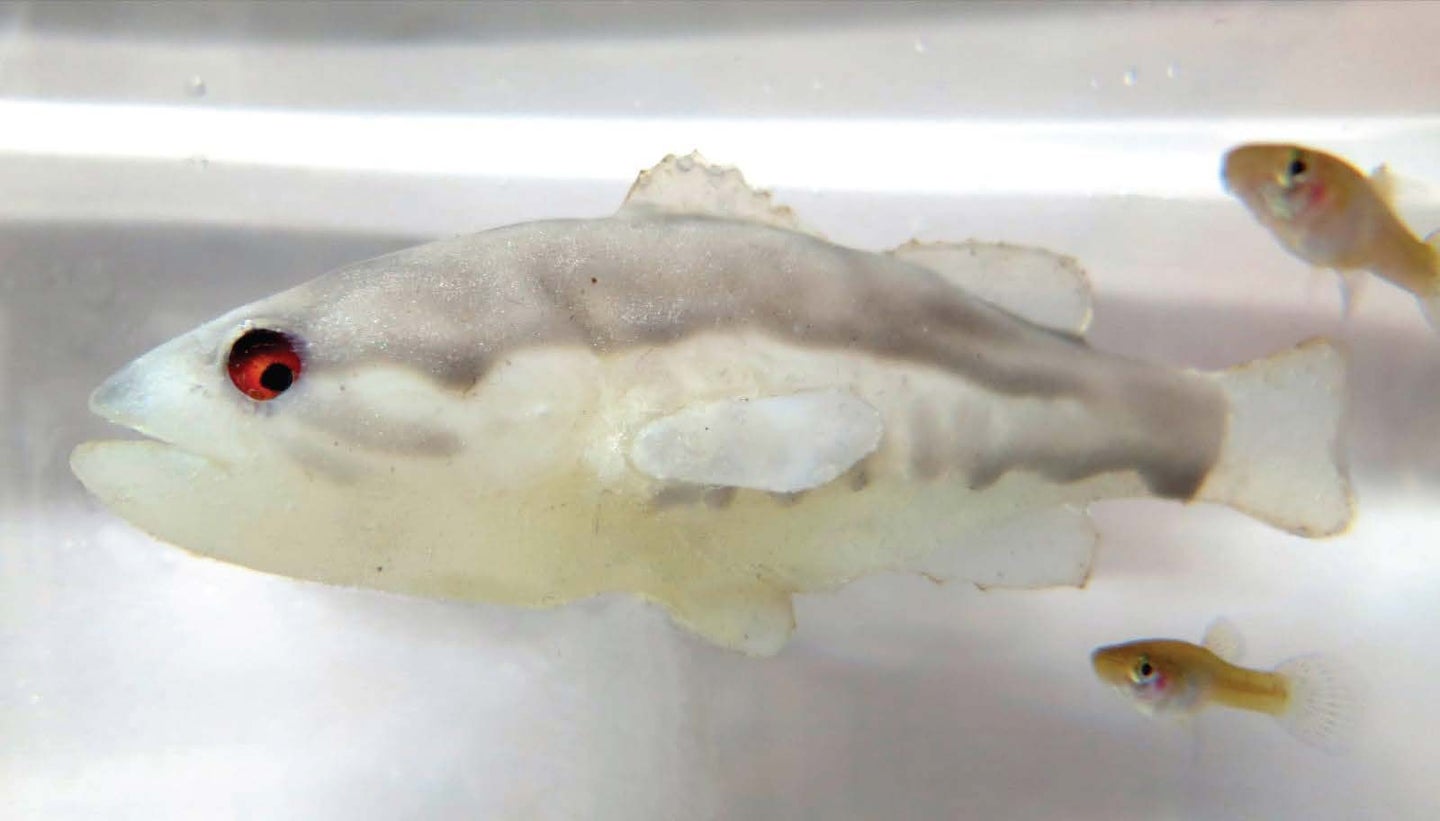 Behold, the robot in disguise as a mosquitofish predator. Giovanni Polverino
SHARE

Invasive mosquitofish are a menace to tadpoles and other amphibian communities worldwide. Eastern mosquitofish in particular are known to gorge on amphibian eggs and clash with tadpoles. They also aggressively compete for food and space against native fish.

In the early 1900s, these mosquitofish were seen as an effective and inexpensive way to control mosquito populations and stem the spread of illnesses like malaria, since they feasted on mosquito eggs and larvae floating in the water. But it all went downhill, fast, when these fish started displacing native species, spreading beyond where they were introduced, and eating what they were not supposed to eat.

Dealing with them today is challenging. Besides advising people to kill them on sight, there’s not really an effective, widespread way to control their population. But researchers from the University of Western Australia and NYU Tandon are trying out a new tactic to corral these invasive fish and keep them in check: by introducing a robot disguised as a mosquitofish predator. A new study the group published in iScience Thursday showed that the simple presence of a predator was enough to change mosquitofish behavior, and benefit tadpoles in the process.

To test if this would work, they made a robotic predator that looks and moves like a largemouth bass, which is the mosquitofish’s main natural predator. With this prop set up, it was time to test some ecosystem dynamics.

In past tests, the team had studied the relationship between just the imposter predator and the mosquitofish. In short, those tests found that even short-term exposure to the predator kept the mosquitofish on their toes, metaphorically speaking. The presence of the robot reduced the mosquitofish’s energy reserves and nutritional health. This new study adds another creature, the Litoria moorei tadpole, into the mix.

The team housed an even ratio of wild-caught mosquitofish and tadpoles in 12 water tanks and observed how they behaved around each other. Then, they transferred each of the groups into the experimental aquatic arena.

For one week, researchers observed the behavior of only the mosquitofish and tadpoles in this arena. Then, for the next five weeks, random groups were selected to either stay where they are or be exposed to the robotic predator.

Enter the robot fish. This imitation bass has a computer vision system that allows it to differentiate between the mosquitofish and tadpoles. It hovered in the tank and was moved with magnets and rods. The robot was programmed to lunge at mosquitofish when they approached tadpoles.

The team documented the group dynamics with and without the robot predator before removing all predators for the final week of behavioral assessments.

They measured the body size, weight, and shape of each mosquitofish they tested at the beginning of the experiment and then again at the very end. They also examined the sperm and eggs of the fish as a proxy for fertility. They found that the mere presence of a predator can have an impact on the dynamics of the ecosystem. Eastern mosquitofish, which cannot perceive that the robot bass was not real and couldn’t hurt them, became skittish, stressed, and anxious whenever it was around. The mosquitofish in tanks with the predator also ate more but appeared to have less energy overall. They lost weight, their body shape changed, and their fertility decreased.

“This suggests that mosquitofish exposed to the robotic predator allocated relatively more energy to antipredator functions, at the costs of energy reserves and reproduction,” the authors wrote in the paper. Importantly, it seems like perceived risk from predators triggered the mosquitofish to adjust their bully behaviors, and leave the tadpoles alone.

“This study won’t be a solution to the problem,” Giovanni Polverino, an author on the study, told The New York Times. Rather, what the robot did was help them uncover the pest’s weaknesses, and reveal what they fear. From this, they can deduce other methods that could work, perhaps more practically, in the wild.