‘Mr. Robot’ Took Over A Store, And We Went Inside

STORY, located beside the High Line, changes its merchandise every few months 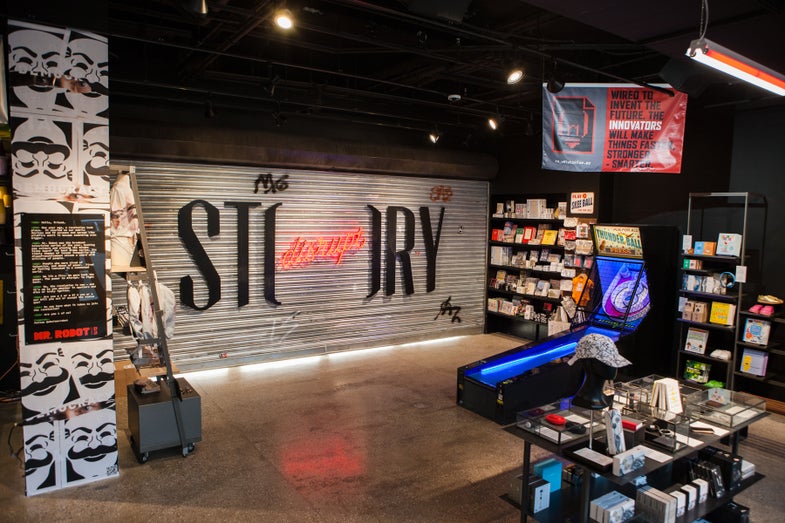 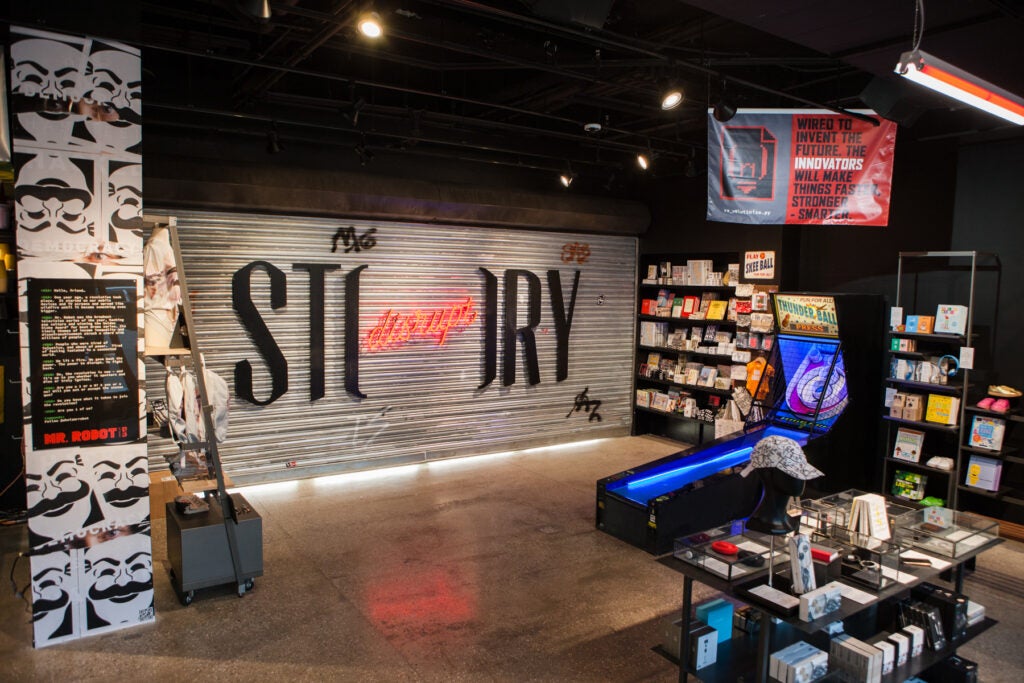 STORY taken over by ‘Mr. Robot’

There’s a store causing a disruption tucked beside The High Line in New York City. And they’re selling light-up sneakers.

STORY works on a far different model from your average shop: it’s part magazine, part press release and part trade show. The space, employees and name don’t change, but instead all of the merchandise flips over every two or so months for the newest story, like a new issue of a magazine. From this week until July 24th, STORY is showcasing its “Disrupt” story, inspired by Mr. Robot, the Golden Globe-winning hacker drama from USA Network, which returns for its second season on July 13 at 10 p.m. ET.

Disrupt is far more than just a Mr. Robot-themed merchandise booth. The spacious store’s main wall looks like a graffitied, shuttered store, emblazoned with the STORY logo and “disrupt” in neon inside the “O.” Merchandise ranges from coats and light-up shoes to all sorts of iPhone accessories and do-it-yourself projects.

In honor of the arcade-turned-hackerspace seen in season one, STORY offers Skee-Ball (which I am still terrible at), Frogger and Ms. Pac-man arcade machines scattered throughout. At the entrance sits a vending machine that dispenses water bottles in response to tweeted hashtags.

The store probably won’t disappoint Mr. Robot fans. Easter eggs and references abound: each section of the store has an associated filename, like Mr. Robot episode titles, and a table in the back shows projected clips and spoilers when you interact with the items sitting on it. Some of the merchandise was designed in collaboration with Carly Chaikin, who portrays Darlene on the show.

The disruption theme is obvious throughout. Interviews with the designers accompany many of the products, asking what they’re trying to disrupt, and are printed to look like a screenplay. Meanwhile, Shechtman is trying to disrupt the retail industry with STORY, and is making a clear impact.

“I work in marketing, and it’s pretty cool,” a tall, suited man from Montreal who referred to himself as Pierre LeTellier told Popular Science in front of a wall of tech-themed books. “We work in retail and will try to push this concept to our own clients.”

So, as more shops move to web-only spaces, will an in-person venture succeed? Shechtman thinks so. STORY has been around since 2011 and turned a profit after a year, she said, and is trying to take the online retail climate to the real world.

“We all get new content every five seconds on our phone,” she said, “so why do we walk into a store and that looks the same three months later?”