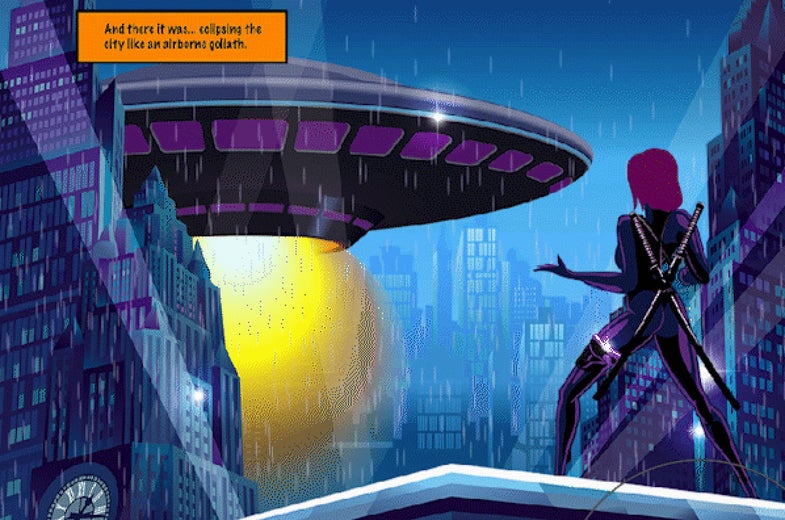 Every year, Adobe offers “sneaks”—advanced looks at imaging technology that’s still in development. Some of the features that receive sneaks go on to become essential pieces of Adobe software, while others are simply demonstrations. Today, Adobe gave us a “sneak” of a new feature called Project Bounty Brush, which is an AI-powered tech that lets users automatically paint animation into otherwise-static illustrations.

Some elements of an animated illustration—like rain—appear simple but require a lot of work to implement. Drawing the drops and making them move around the frame can be done manually, but Adobe’s new brush tech uses AI to automate the process.

When you paint over an area in which you want rain, you get certain options like the shape of the raindrops and the frequency with which they fall.

There are other effects to paint on as well—eight in total.

The Hair or Grass brush creates swaths of hair or blades of grass that blow in the wind. You can control the power of the wind as well as its direction.

This is different from a typical animation process, which involves creating objects and keyframes and arranging them on a timeline in a process that’s similar to video editing. This kind of technology, however, is more for creating simple animations that live on the web—don’t expect to make your own Disney movies through an app or wherever this tech ends up in the Adobe lineup.

This is a feature that would seem right at home in a mobile app. Because it’s powered by Adobe’s AI, it can automatically pick out areas where it should apply its style. For instance, it can easily identify sky regions in many illustrations to apply the twinkling stars effect using the sky brush.

The whole experience is somewhat reminiscent of creating cinemagraphs, which are partially-animated photos in which one element moves, but the rest stays static. Right now, however, this brush effect is meant specifically for illustrations.