John Deere finally agrees to let farmers fix their own equipment, but there’s a catch

After years of delay, the manufacturer granted major right to repair concessions to farmers. 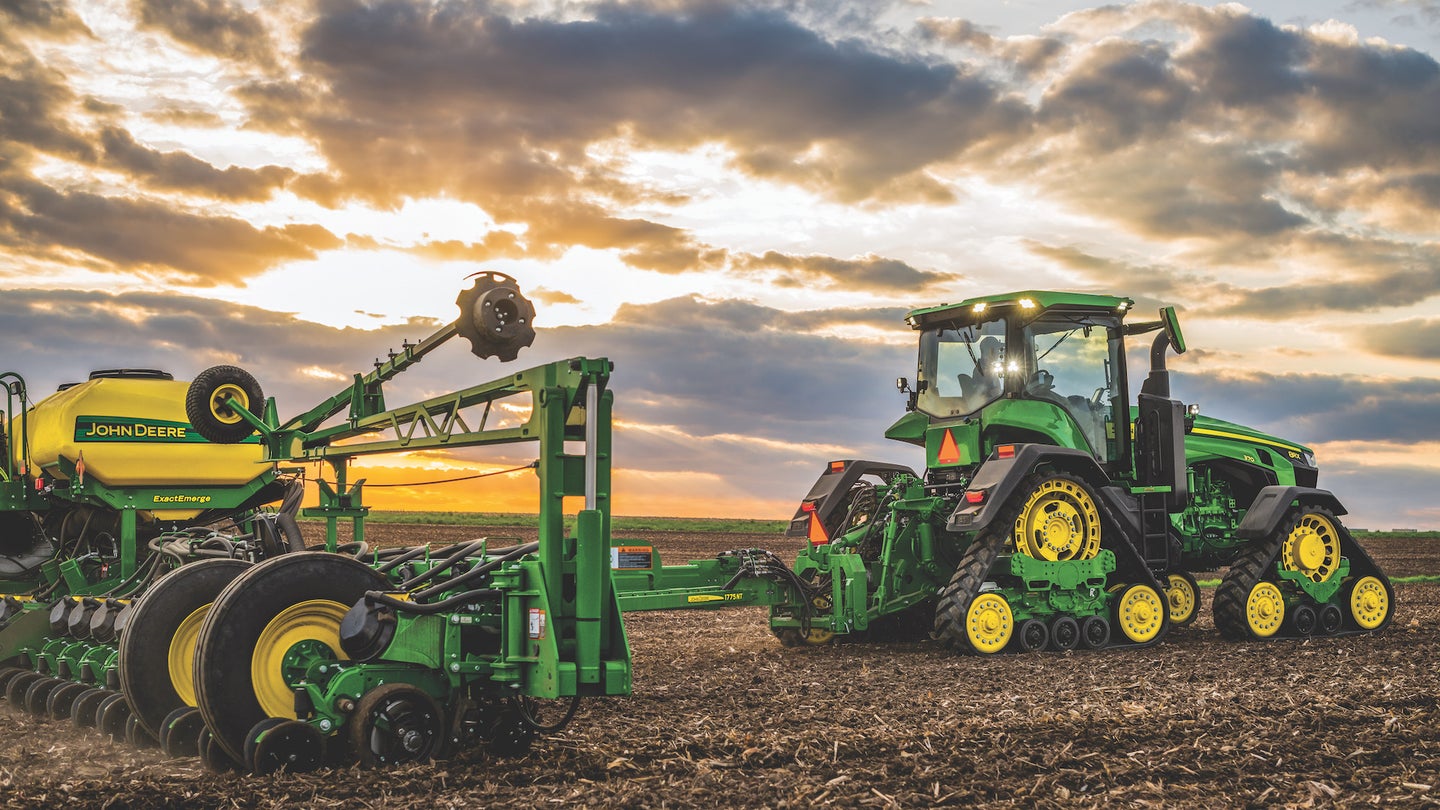 After years of unfulfilled promises, presidential pressure, and jailbreaking workarounds, it appears John Deere is finally opening up its high-tech farming equipment to farmers’ right to repair—with a major caveat. Per a joint announcement released Sunday alongside the American Farm Bureau Federation (AFBF), the machinery maker has entered into a memorandum of understanding (MOA) that opens up its software, documentation, and tools to farmers and third-party repair providers.

As The Wall Street Journal notes, however, the long sought-after concession can be withdrawn at any point following the introduction of state or federal right to repair legislation. The MOA between Deere and the farmer advocacy group includes a stipulation that allows both parties to terminate the agreement in the event that either state or federal right to repair laws go into effect.

[Related: John Deere tractors are getting the jailbreak treatment from hackers.]

According to AFBF President Zippy Duvall, the new MOA “ensures that our farmers can repair their equipment and have access to the diagnostic tools and product guides so that they can find the problems and find solutions for them,” while setting up the opportunity “to really work with John Deere on a personal basis.”

Deere’s new agreement with the AFBF also appears to offer a potential alternative to federal and state regulators opening up wider markets via right to repair laws by offering a template for other consumer groups and businesses. Although the consumer rights’ campaign is long associated with items like smartphones, laptops, and tablets, owners of countless products—including industrial agricultural harvesters—have also argued for their ability to access the software and tools needed for customization and everyday issues. Meanwhile, companies such as Deere have countered these claims citing concerns over safety and hacking, such as 2021’s ransomware attack on JBS Meat.

[Related: Microsoft is making it easier for customers to repair devices. Will other companies follow?]

Part of the deal, however, requires that the ABFB promises it will begin encouraging “state Farm Bureau organizations to recognize” their memorandum with Deere while also “refrain[ing] from introducing, promoting, or supporting federal or state ‘Right to Repair’ legislation.” The AFBF also states it intends to pursue similar agreements with other manufacturers.

As part of the MOA, the AFBF and Deere will meet “at least semiannually” to review potential updates to the agreement, address various operational concerns, and review any changes across the country’s right to repair legislation landscape.