Not a math person? Duolingo wants to help.

Duolingo's app made learning languages fun. Now it wants to do the same—for math. 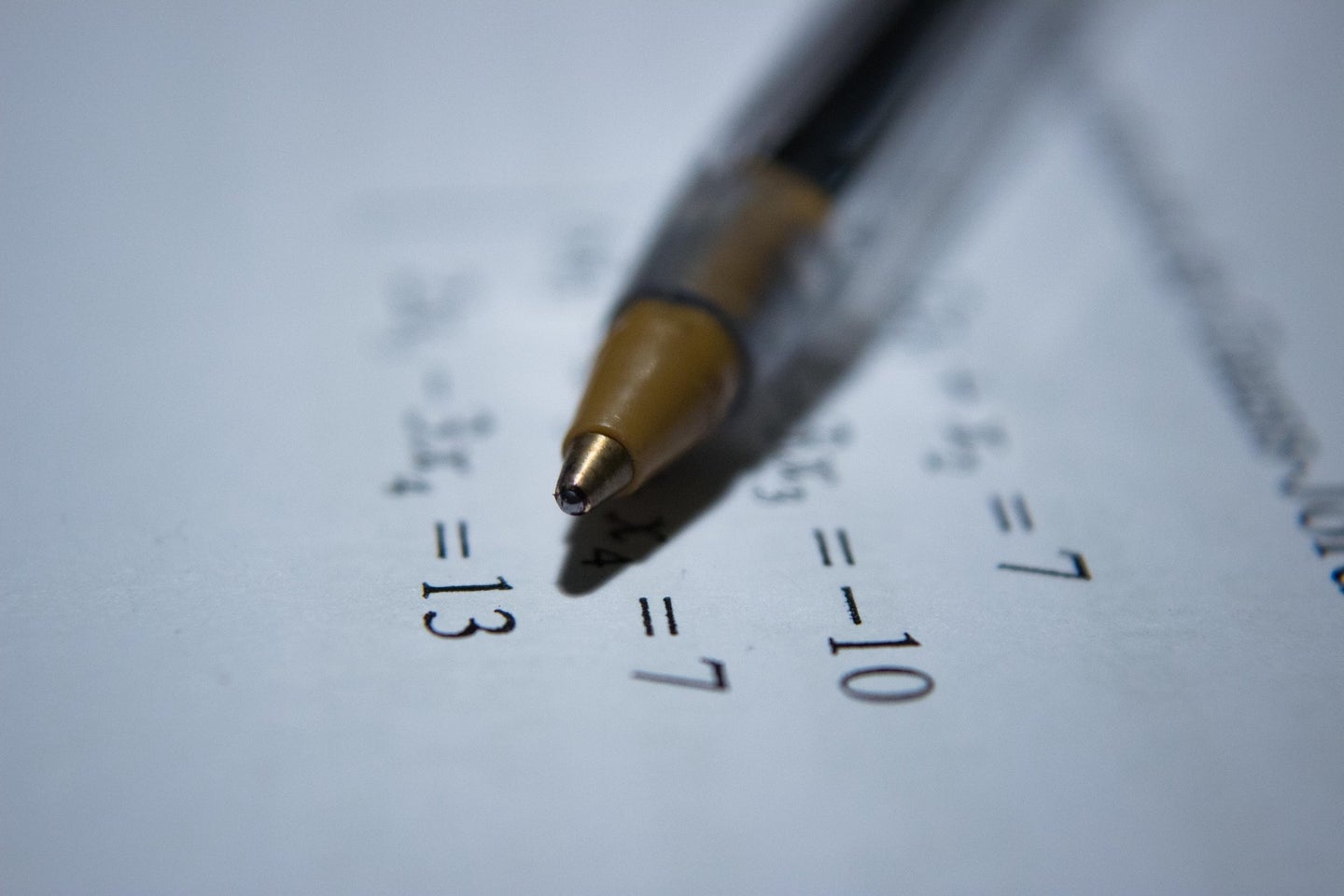 No pen (or pencil) needed. Photo by Antoine Dautry on Unsplash
SHARE

Duolingo, the popular language learning app, is turning 10 this year. Over the last decade, the company has been refining its method for teaching languages, which helps users learn through interactive lessons that align with international or national standards. These lessons are adaptable based on individual needs and learning speeds, and importantly, they’re designed to be quick and fun, with gamified features to keep users coming back to the app. They offer a wide variety of languages from French, Spanish, Chinese, Ukrainian, to Zulu.

At Duocon 2022, the company’s 4th annual online language conference, Luis von Ahn, the CEO and co-founder of Duolingo, noted the ways that the app has evolved over the years, and teased where it might go next. The most obvious added features are the ones that make Duolingo more social—including ways for users to follow other people’s progress, or go on “friend quests” together to complete a certain set of lessons.

Beyond language though, Duolingo is trialing something new. Sammi Siegel, a senior software engineer at Duolingo, offered a first look at the company’s math app, which the company teased to multiple outlets last year.

Duolingo’s goal with its math app is to take the methods that it has used to make learning a new language more approachable and enjoyable and use it to make numbers less scary.

A lot of us may have decided in grade school that we’re just not a “math person.” But math skills could be essential to improving a person’s life, Siegel said, and she notes that high math performance is associated with increased income. But math anxiety could impede learning in school, and lead to avoidance of the subject later in life. By teaching important math concepts in an accessible way, Duolingo aims to decrease users’ math anxiety, and inspire more confidence in their skills, so they can reach higher levels in their education at large.

The company’s primary focus is on elementary math—think multiplication, addition, fractions, and basic geometry—so they can help students improve their skills at a pivotal point in their learning journey. However, they are also working on a brain training course around everyday mental math for older students and adults.

[Related: How Duolingo added Haitian Creole to its language library]

This is how their app is approaching math as a subject: At large, it will have umbrella courses that are separated into distinct units with spotlights on specific math concepts, like recognizing shapes, angles, and fractions. These skills will be taught through lessons and interactive exercises, rather than video instructions. Every lesson can be replayed, and no two lessons will be the same, as unique numbers for the problems will be generated each time. So if you want to learn to multiply again and again until you get it, Duolingo will have fresh problems for you to solve every round.

Duolingo’s app aims to mimic some classroom activities, like asking users to manipulate a virtual ruler to measure things, as well as drawing shapes across a section of graph paper comprised of tiny squares. “This is known as embodiment in learning science. Our physical experience impacts our thinking and vice versa. That’s why we have learners physically move the corners of a rectangle to produce a certain area,” Siegel explained at Duocon. “This helps us understand the relationship between the numbers we’re seeing and the physical space they take up.”

Duolingo, additionally, will have handwriting recognition, so you can write out a fraction like ¼ instead of typing it in on your keyboard.

The company is launching a free beta version of the math app this summer (access it here). The official app is set to go live later this year.

“Everything you see in the app is drawn dynamically in code, so we can show you all different kinds of shapes, fractions, angles, and more. But drawing all of these required figuring out some pretty involved geometry,” Siegel said. “Math builds on itself. Understanding the core concepts that this app is teaching lays the foundation for understanding the higher level math concepts I needed to actually engineer it.”