The passage of the CHIPS and Science Act signals a major shift in how the US can obtain and produce critical tech hardware like semiconductors. 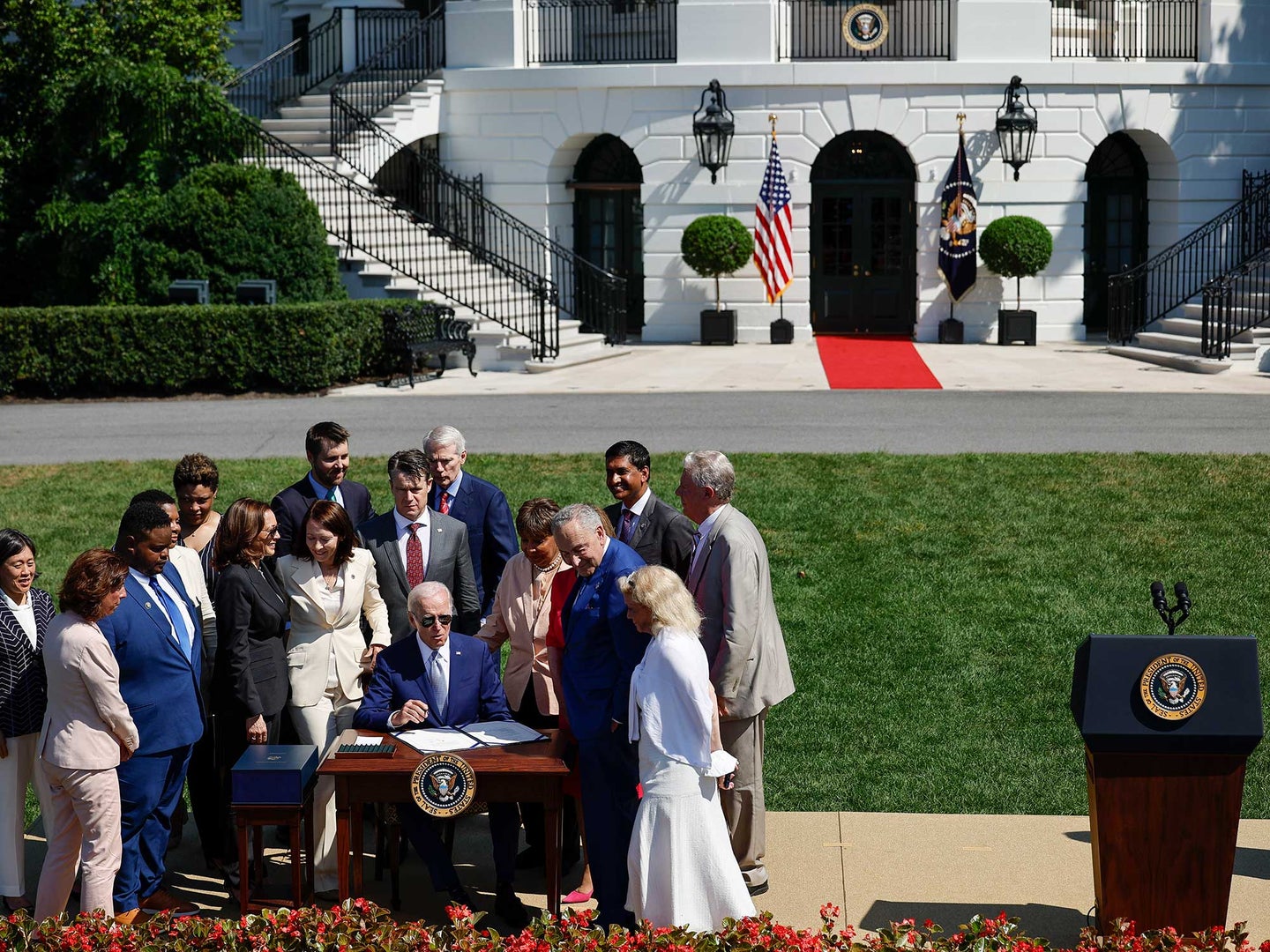 U.S. President Joe Biden signs the CHIPS and Science Act of 2022 during a ceremony on the South Lawn of the White House on August 9, 2022 in Washington, DC. Getty Images
SHARE

President Biden signed the bipartisan CHIPS and Science Act into law earlier today, paving the way for the US to take a bigger global role in semiconductor manufacturing after years of supply chain issues and heavy reliance on foreign importation. According to the White House’s rundown, the government’s pledged $52.7 billion alongside private businesses’ own contributions adds up to combined $150 billion in funding earmarked towards the construction of new manufacturing facilities, employment opportunities, and research and development.

“America invented the semiconductor, but today produces about 10 percent of the world’s supply—and none of the most advanced chips,” the Biden administration said in its statement.

Although the vast majority of chip manufacturing will likely remain in East Asia, even increasing US production by a few percentage points could have noticeable impacts on the global economy. “The underlying philosophy of the Chip Act is to ensure some balance—balancing risk, balancing national security, balancing economics, and hopefully try to produce a more reasonable system for the world electronics business,” David Yoffie, a professor of international business administration at Harvard Business School, told Popular Science last week.

[ Related: “Can the Chips and Science Act help the US avoid more shortages?“ ]

Already microchip manufacturers are queuing up to make the most of the forthcoming investments—Micron announced plans to create up to 40,000 new jobs in construction and manufacturing over the next few years, while Qualcomm and GlobalFoundries are teaming up to expand the latter’s upstate New York facility. Qualcomm, for its part, plans to boost its own semiconductor output by up to 50-percent over the next five years.

Meanwhile, stateside plans for the world’s three largest chip manufacturers are bolstered thanks in part to the CHIPS Act. TSMC, a main chip supplier for Apple, is nearing completion on a factory location in Arizona, while Intel is moving forward with two new manufacturing hubs in Ohio. Samsung, for its part, is also in the process of constructing a massive factory in Texas first announced last year.

[ Related: “The Inflation Reduction Act and CHIPS could kick US climate policy back into action“ ]

Beyond easing consumer and business headaches, the CHIPS and Science Act will have a major, much-needed influence on the country’s dire climate change battle. Future technological progress made thanks to the new roadmap’s additional $200 billion investment in scientific research will affect everything from artificial intelligence to nuclear fusion advancements—both of which could be key in combatting the ongoing crisis.