How do we know the sun is moving into the most active part of its 11-year cycle? For starters, we can plainly see it. 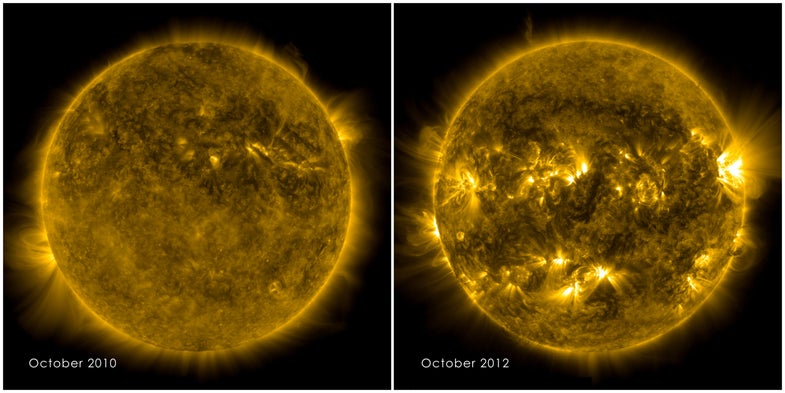 Every time the sun lashes out with another beautiful but potentially threatening solar flare or coronal mass ejection, we are reminded that the naturally occurring solar cycle is approaching a “solar maximum” in 2013 and that solar activity is on the ascent. But what does that mean? If you’re having a hard time picturing an active ball of flaming nuclear fusion versus a less-active ball of flaming nuclear fusion, simply see above.

Solar maximum (and minimum) are terms that describe whether we are at a peak or a trough in the sun’s natural 11-year cycle, and they are determined by counting the number of sunspots visible on the surface of the sun during a given cycle. The most recent minimum occurred in 2008 and the sun is now building toward another maximum–a shift in activity that is very clearly visible here.