The rotorcraft of the future will be robotic, and the Army is already working on the technology via an autonomous UH-60 Black Hawk demonstrator. 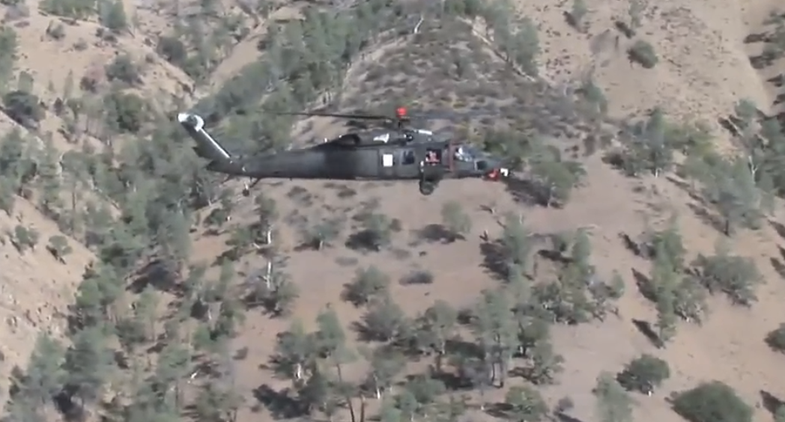 Our brand new drones aren’t the only things becoming increasingly autonomous. This newly-released video of a November 5 flight over the Diablo Range in California shows a U.S. Army Black Hawk helicopter autonomously navigating through hills and valleys at low altitude. While the Army has released no plans to automate its workhorse fleet of Black Hawks, the U.S. Army Aviation and Missile Research, Development, and Engineering Center is using the platform to demonstrate autonomous technologies that will enable the automation of next-generation helos.

Last month’s flight demonstrated two key pieces of this technology: obstacle avoidance and navigation, and determination of safe landing areas. In the video, you can see the terrain map that the helicopter is creating with its optical sensors to make navigation and landing decisions. But the most interesting aspect is the radio chatter between the human pilots onboard and the other mission participants. At several points it is evident that they don’t know exactly what their helicopter is going to do next, but each time it comes up with a satisfactory solution.