Wing And A Scare

A record-breaking roller coaster that mimics the thrill of stunt flying. 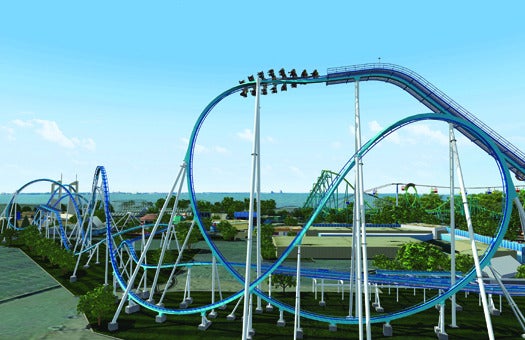 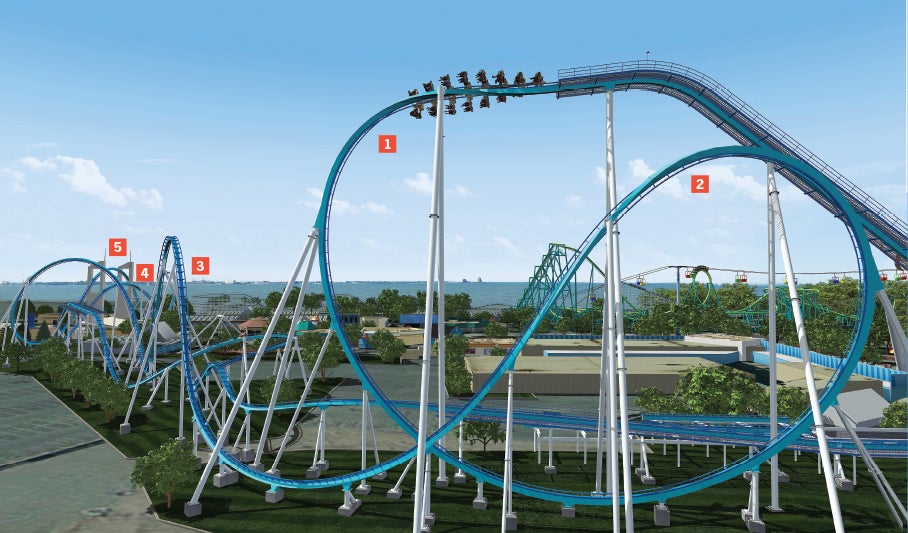 In the competitive world of roller-coaster design, engineers often obsess about smashing records and pushing the limits of human endurance. But records mean little if the ride leaves thrill seekers feeling beat-up. For the engineers at the coaster-design firm Bolliger and Mabillard (B&M), it’s not enough to simply go faster, taller, or twistier. “A good coaster should be smooth and comfortable,” says B&M founder Walter Bolliger.

When the firm’s newest coaster, the Gatekeeper, opens this month at Cedar Point in Sandusky, Ohio, it will claim plenty of records, including one for world’s tallest upside-down drop—165 feet. It’s also the longest and loopiest of the world’s five “wing coasters.” A B&M signature, wing coasters seat passengers on each side of the track in order to mimic the sensation of riding on the wing of a plane. The Gatekeeper whips riders along nearly a mile of stunt-pilot trickery, including a maneuver that knifes the wings through two concrete-and-steel towers. It’s the thrill of stunt flying—minus the turbulence.

Once strapped in, riders climb 165 feet and roll upside down as they plunge into the tallest upside-down dive of any coaster. The drop is so high, in fact, that it generates all the kinetic energy the car needs to travel along the coaster’s 4,164 feet of track while completing six more upside-down moves (a.k.a. inversions).

Following the first drop, riders bottom out around four times the force of gravity (4Gs) and hit 67 mph before rocketing into the next maneuver: an Immelmann. Named after a pilot trick, the Immelman is a horseshoe-shaped path that ascends a half loop, rolls 180 degrees, and sends riders flying toward the next move. The short, tight vertical loop keeps forces aligned with riders’ spines, so it’s less jarring.

Momentum from the Immelmann carries riders to the crest of a 105-foot-tall parabolic arc, where they’ll catch about two seconds of weightlessness. Airtime occurs when the upward force of the coaster balances out with the downward force of gravity.

A corkscrew is really just a loop stretched into three dimensions. Its center of rotation is slightly offset, so riders on the outermost part of the wing will experience more acceleration than riders closest to the center rail.

Just when the wings appear certain to slam into a pair of 62-ton concrete-and-steel towers, they rotate 90 degrees, slicing passengers through narrow slots. The clearance between the stretched limbs of the tallest rider (the height limit is 6’6”) and the sides of the towers is less than a foot. The track is mounted to each tower; without such supports, subtle track movements due to wind and temperature changes would have demanded a larger, less terrifying keyhole. 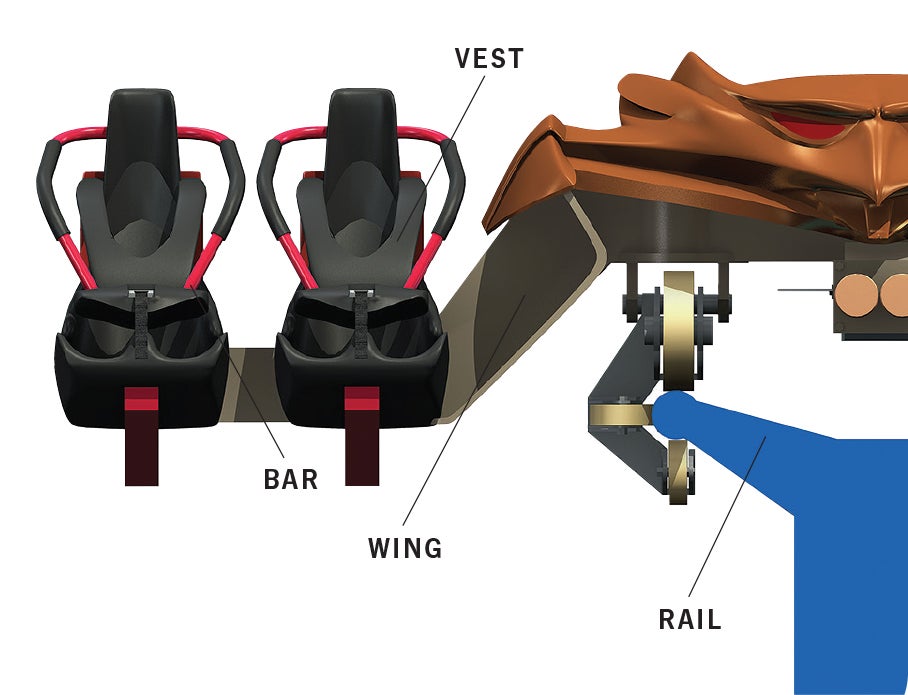 Cantilevered steel arms support six-foot-long steel wings. Designers made the wing more rigid under the seats than in the rail so that the wings vibrate at a different frequency from the track. This avoids interactions that can cause structural problems.

Most looping coasters rely on hard over-the-shoulder harnesses that can block views and box ears. The Gatekeeper has soft, flexible vests that secure the upper body without the need for hard foam padding. A rigid restraint bar holds riders in place at their waist.