Regular readers of PopSci are no strangers to robotic quadcopters, or even to quadcopters that work together to build things.... 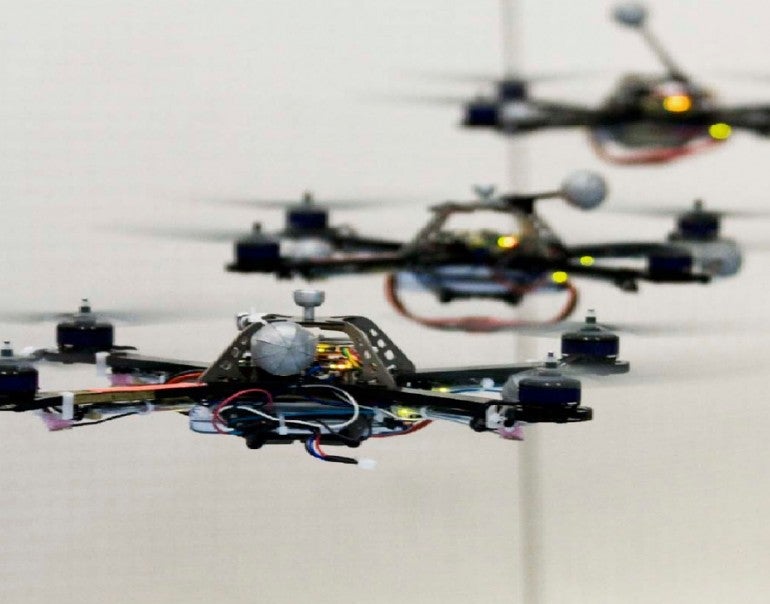 Regular readers of PopSci are no strangers to robotic quadcopters, or even to quadcopters that work together to build things. But now, the quadcopters are out of the lab. A new art installation opening this weekend at the FRAC Centre in Orléans, France, will be built entirely by quadcopter robots, marking the first time such an exhibition has been constructed by flying robots.

“Flight Assembled Architecture” aims to inspire new ways of thinking about architecture and the process of building things. It also aims to be very, very cool. The robots will swarm together to collaboratively assemble a nearly 20-foot-high tower made of polystyrene foam blocks. It will be built in a roughly 33-by-33-by-33 foot airspace loaded with motion capture sensors that can track up to 50 robots simultaneously (though it’s unclear exactly how many will be working at the same time for this exhibition).

Each quadcopter is programmed to interact with the others via commands issued from a control module, and the motion capture sensors will ensure that everything goes according to plan. A precision fleet management program will take control of the ‘copters should they come too close to one another, helping to avoid collisions and keep the work from bottlenecking.

Of course, the adage says that art imitates life and to some extent that’s what’s happening here. While autonomous robo-construction is a nascent form of engineering, its certainly not one that’s unexplored. The DoD has previously looked into (and presumably is still exploring) swarm technologies and automated robotic fabrication, ostensibly with the idea that future forward operating bases or disaster relief shelters and the like could be assembled–at least to some degree–by unmanned systems before humans ever arrive at a destination. 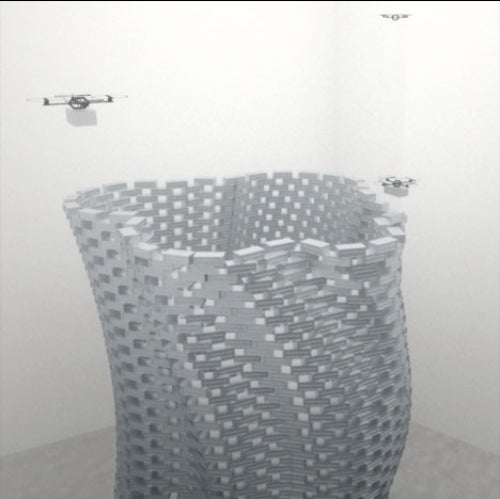 So while “Flight Assembled Architecture” is something of a whimsical look at that current state of the art of automated aerial robotic systems, it is also a window to the future. Catch a preview to the preview below.