What the Defense Department Wants For Christmas 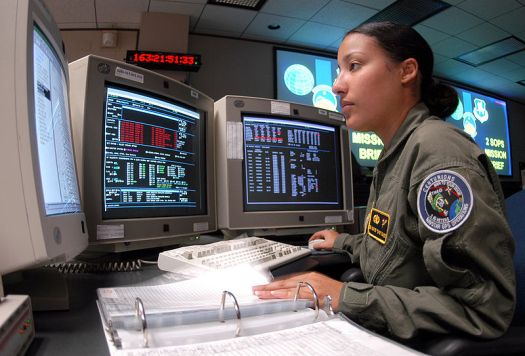 When you control a budget that exceeds a trillion dollars, you don’t have to wait until after Thanksgiving to start writing your holiday present wish list. The Department of Defense (DoD) has just released an early version of its small business programs for 2012, with every branch clamoring for futuristic technology that ranges from transforming robots to nanotech medicine to sensors that can figure out political beliefs through language analysis.

These kinds of sci-fi projects come naturally to DARPA, the military’s in-house tech shop, which proposed a number of programs with strong potential in the civilian world.

One of their solicitations, titled “Rapidly Adaptable Nanotheraputics,” aims for a solution to the problem of bacterial resistance to antibiotics. The program calls for the development of programmable antibiotics in the form of nanoparticles with specialized NA attached. As doctors encounter different strains of bacteria, they can simply reprogram the molecules to inhibit the growth of the new bug, rather than hitting it with the stronger antibiotics that encourage even more dangerous resilience.

Another DARPA request could change search and rescue by creating what amounts to a long-range tricorder. “Biometrics at a distance” would produce a device that could search for signs of life from up to 30 feet away, and through any intervening walls or rubble. Then, once the device finds somebody, it would analyze heart rate, temperature and other markers to determine that person’s health. Quick analysis of the different levels of injury among a mass of buried people could help first responders triage whom to extract first.

The Hovering Tube-launched Micromunition could be fired from artillery pieces, sprout wings while in flight, and hover over the target area waiting to strike.

The DoD solicitations, released on November 9 under the Small Business Innovation Research/Small Business Technology Transfer program, provide a good overview of the ideas that have grabbed the imagination of America’s military, and the obstacles they anticipate having to overcome in the future. To the branches of the DoD outside of DARPA, those concerns, and thus the solicitations, have a much more pronounced combat orientation.

For instance, the ground-pounders over in the Marines and the Army went for more practical gear.

To help keep their growing fleet of robots operational even without the GPS system that guides all U.S. military hardware, the Marines want a new system for determining planetary location. Why the Marine think the GPS system, which forms the backbone of modern military logistics, would go dead is anyone’s guess (Chinese cyber attack? Space debris? No 3G?). But if unmanned air and ground systems could also navigate by sensing the Earth’s magnetic field or analyzing starlight, robo-Leathernecks could keep taking their fight to the enemy even without satellite navigation.

Between requests relating to defeating IEDs, better protecting soldiers and making training more realistic, the Army managed to slip in a solicitation for an intriguing new weapon system. The “Hovering Tube-launched Micromunition” would combine mortar rounds and UAVs to create a new, more precise, more carefully timed form of artillery. The goal of the program is a round that can be fired from already existing mortar and artillery pieces that sprouts wings while in flight, and then hovers over the target area waiting to strike.

Interestingly, the Air Force solicitations more closely resemble the conceptual DARPA projects than the practical equipment sought by the Army, Navy and Marines.

Like DARPA, the Air Force also put out some feelers for a remote sensing tool, but this one detects state of mind, not health. Saddled with the clunk name of “Discourse Analysis for Insights into Group Identity and Intent,” the program would develop a semi-automated system that would determine someone’s intent, group affiliation and mood based on their language and cultural context.

While these examples highlight some of the more important priorities for a military facing significant budget cuts and the end of over a decade of constant war, they are hardly the only small business programs offered up by the DoD for next year. To view the rest of the many small business opportunities, futurist technology requests and advanced weapons, check out the individual reports.