Google Street View Expands to Antarctica, Is Now on All Seven Continents

Google filled in some of Street View’s gaps today, and with the addition of Antarctica, is now able to claim... 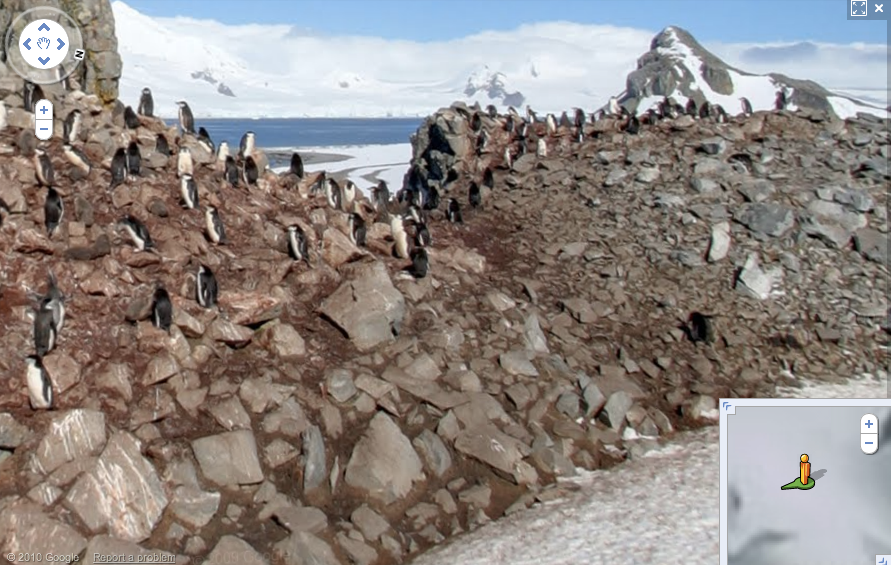 Google filled in some of Street View’s gaps today, and with the addition of Antarctica, is now able to claim Street View’s availability on all seven continents. Why it took Google as long to add Brazil and Ireland as it did the frigid giant ice-float that is Antarctica, we have no idea. But now you can get the real extremes, whether it’s tropical heat in Brazil, subzero temperatures in Antarctica’s Half Moon Island, or, um, bogs in Ireland.

It’s taken three years to get that seventh continent, but Google has finally expanded to the little-explored landmass. Right now, views are limited, for obvious reasons, but there are lots of shots from Half Moon Island, which include some great photos of penguins and seals. Antarctic coverage will be expanded both through official photography (we’re hoping for a Google Street View snowmobile) and through user submissions–the latter are marked on the map as blue dots.

Brazil and Ireland are both traditionally mapped, with heavy coverage around Brazil’s coastal areas and Ireland’s cities. There are a surprising number of photos of Brazil’s inland areas, including lots of gorgeous rainforest shots–hopefully there are lots more to come.