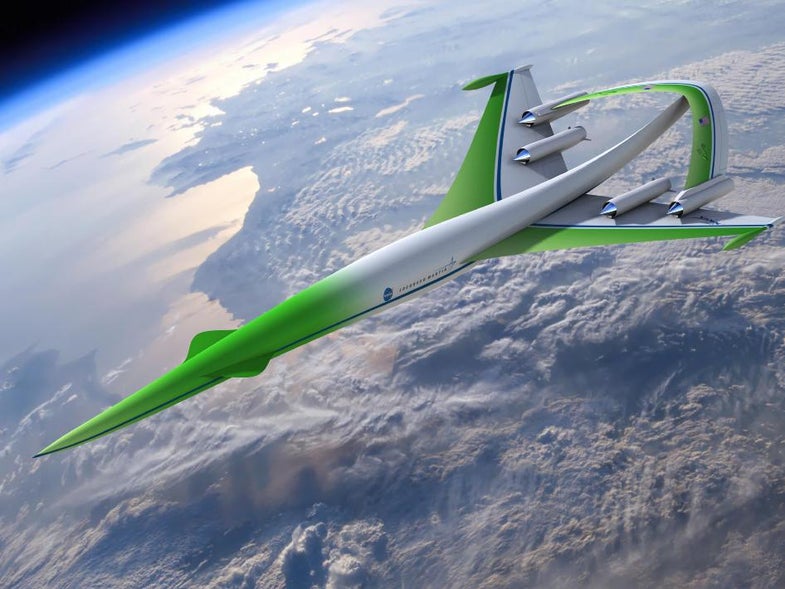 True to its aeronautic roots, NASA is evaluating a new generation of supersonic airplane designs to see whether they can reduce sonic-boom levels.

Boeing and Lockheed Martin have submitted futuristic concepts that look similar to the Concorde, but aim to muffle the annoying and potentially damaging sonic boom problem.

Airplanes flying faster than sound create a cone of pressurized air molecules that extends to the ground, as NASA explains. The shockwave is noisy, but it can also cause structural damage, and in the Concorde’s case, the U.S. wasn’t having it. The supersonic jet never flew over land in the U.S.; sonic flights are restricted to military and research aircraft.

The new designs could make over-land travel possible, however, by using special engine or tail designs that reduce the shockwave effect.

The Lockheed design uses an inverted parabolic shape over a V-shaped engine array. The parabola would control air flow in a way that would lessen the shockwave, NASA says. It also has improved range, payload and environmentally friendly designs.

The Boeing concept, below, also uses a V-shaped twinned tail section, and like the Lockheed jet, it also places the engines on top of the wings. The Concorde, like nearly all current commercial aircraft, put the engines beneath the wings.

As Wired’s Autopia blog notes, the design takes advantage of the wings as a natural sound barrier.

The planes are still a long way from takeoff — NASA anticipates the aircraft could enter service by 2030 or 2035. 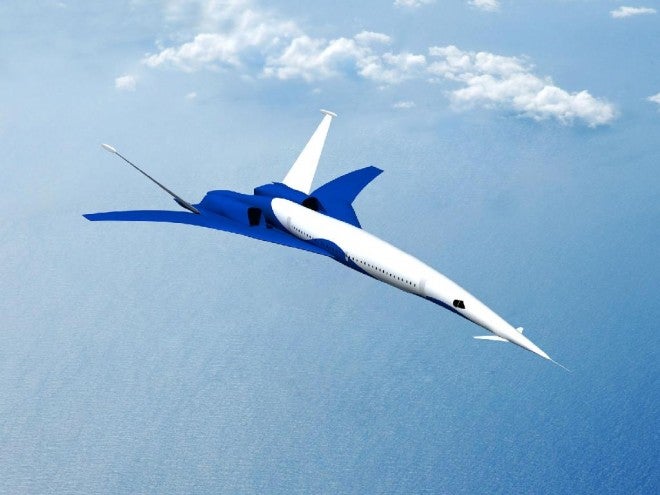 Boeing’s concept places the engines on top of the wings, adding an extra sound barrier.