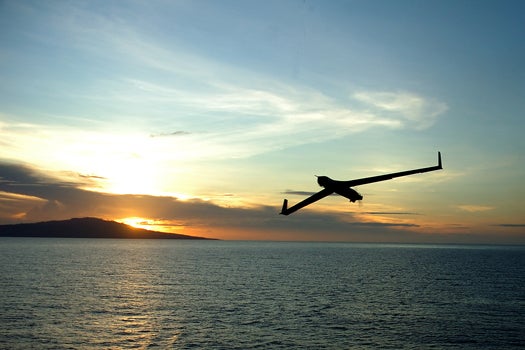 The Federal Aviation Administration wants you to fly the robot-friendly skies, but the regulatory overseer has more than a few challenges to overcome before it can extend that invitation in earnest. The FAA today announced it has added a research project aimed at figuring out exactly how the U.S. can safely fold unmanned aircraft into its national infrastructure and eventually the airspace it governs.

The research is but a small part of the FAA NextGen flight management system, an evolving set of goals directed at bringing America’s aging — and in some cases archaic — flight infrastructure into the 21st century. As such, the FAA has to determine not only how to mix UAVs into existing commercial aviation, but also ensure that their flight systems and engineering are up to code with new air traffic control, navigation, and other infrastructure that will be rolled out in the coming decade and beyond.

Insitu, an independent Boeing subsidiary, has partnered up with the FAA, offering two of its ScanEagle drones as test aircraft for the review, which will be conducted in the restricted airspace above the New Jersey National Guard’s Warren Grove Range. The point of the research will be to drive home to FAA regulators the particular nuances of unmanned aircraft design, maintenance, and behavior, which differ quite a bit from conventional piloted aircraft.

For the regulators, this is all going to be very important, naturally. More than 1,500 UAVs are in production around the world, and it will be up to the FAA to decide what’s going to, literally, fly. Unmanned aircraft are already cleared to fly in the U.S. on a case-by-case basis, but for commercial UAV flight to take off the FAA will have to establish a set of across-the-board rules governing unpiloted flight.

That’s not necessarily going to be easy. For one, no technology has been found that can replace the spatial awareness of an on-board pilot, and finding such a technology will be a challenge. Many unmanned craft, particularly the smaller variety, fly at low altitudes where they would share airspace with other small aircraft like gliders. These aircraft emit no electronic signals, so there’s no easy way for UAVs to know their positions.

And that’s just one example. When you talk about bringing UAVs to operate out of existing commercial airports where they are operating in the same lanes as manned flights, there’s a whole new element of danger and difficulty involved. But Americans invented modern flight and then figured out how to get to the moon, so no doubt we’ll overcome these technological challenges. The good news is the FAA — an agency that has been criticized in the past for being, how should we say, sluggish — has started the ball rolling.