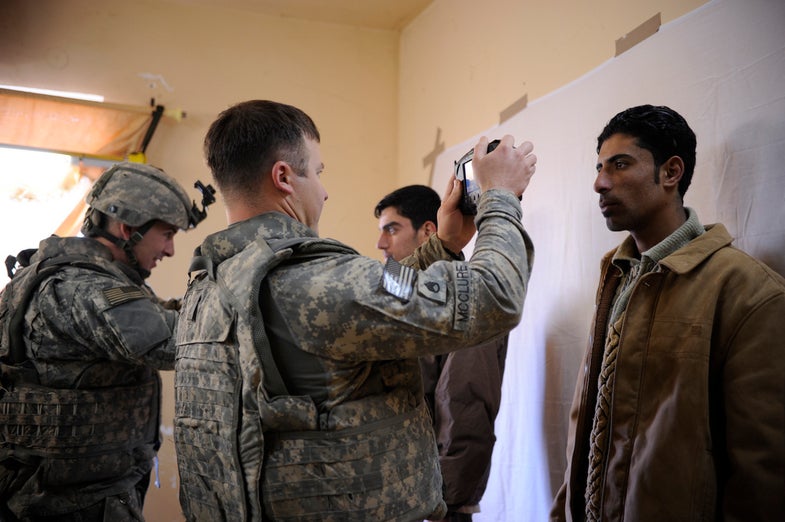 Collecting fingerprints and other biometric data has long allowed law enforcement and the military alike to track down wanted individuals, solve cases, or just keep tabs on people. Now what was a U.S. government task force under the U.S. Army has officially become a full-scale national security agency in charge of biometrics, according to the Secrecy News blog run by the Federation of American Scientists.

The Biometrics Identity Management Agency (BIMA) has a responsibility that spans the entire U.S. Department of Defense (DoD), and would specifically support the DoD’s “authoritative biometrics database” in the name of national security.

Scientists have been steadily developing newer and better biometric-recording devices, ranging from 3-D fingerprint scanning to capturing facial features. Or how about tracing specific persons to the keyboards or weapons that they handled simply based on the bacteria that they had on their hands?

The DoD database receives “thousands of [biometric] records” every day, according to a 2009 DoD report. That suggests U.S. warfighters, spooks, and officials have been very, very busy collecting data from potential adversaries or people of interest in the field.

Looks like the smartphones being used by U.S. soldiers might be getting smart biometric scanner upgrades sooner than we thought.