Bluetooth-Enabled ‘Smart Hip’ Monitors Joint Implants from Within the Body 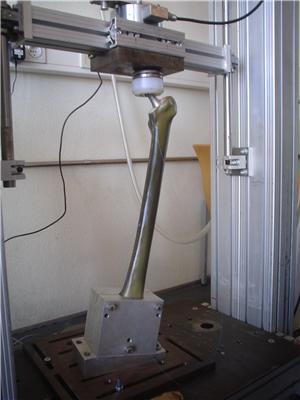 Measuring sensors and actuators can turn any old hip implant into a smart network that helps patients avoid implant problems and may even actively regenerate bone. This “smart hip” system has already been demonstrated successfully on animals.

A current prototype allows physicians to activate the “smart hip” via wireless Bluetooth and a computer. The network of actuators which help stimulate bone growth at the implant’s surface has also undergone tests in cell studies as well as animals.

This seems like a natural extension of many medical devices that already exist, such as the bionic back. But the seamless control that it gives physicians may ultimately annoy patients less than a text-messaging chip implanted in their shoulder, which reminds them to take their meds.

Anyone who happens to worry about giving physicians that much control over their body can also relax, because many U.S. states have already passed laws against involuntary chip implants. But as for us, we’ll be embracing our smart hip replacements in our later years — assuming that we haven’t already reverted to a hover chair existence ala WALL-E.