In Blitz to Kill One Kind of Infectious Bacteria, Other Untreatable Strains Emerge

Move over MRSA; a new battery of Gram-negative bacteria are quietly carving out big names for themselves, killing thousands of... 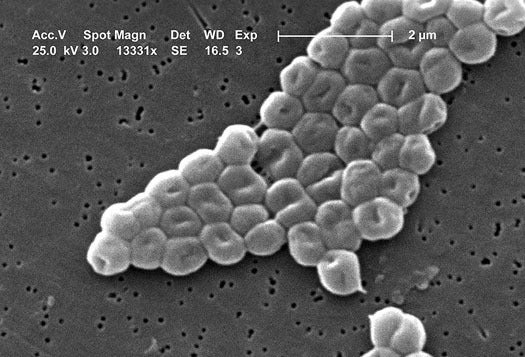 Move over MRSA; a new battery of Gram-negative bacteria are quietly carving out big names for themselves, killing thousands of hospital patients each year as doctors look on with few effective tools to fight them. What’s worse, though these resistant strains are spreading, there are no effective antibacterial drugs coming down the pipeline, creating a gap between the evolution of antibiotic-resistant bacteria and our ability to fend them off.

Germs like Acinetobacter baumannii or Klebsiella pneumoniae – known as Gram-negative bacteria because of the way they react to the Gram stain test – have plagued hospitals for years, but a dearth of market incentives and an abundance of scientific hurdles have discouraged pharmaceutical companies from pursuing drugs that can wipe them out. Attention instead focused on MRSA – methicillin-resistant Staphylococcus aureus – a deadly strain of Gram-positive bacteria that is by far more prevalent than its Gram-negative cousins (and, it turns out, easier to eradicate).

That focus has produced a handful of drugs that, for the time being at least, are fairly effective at wiping out MRSA infections, saving countless lives each year. But in the absence of drugs to combat them, Acinetobacter, Klebsiella and the like have gained a strong foothold in clinical environments, accounting for two-thirds of the 25,000 deaths in European hospitals each year caused by hospital-acquired infections (numbers breaking down Gram-negative versus Gram-positive deaths in the U.S. aren’t so clear).

Once these bacteria take hold in the body, there is very, very little medical personnel can do to help the body fight them off. One of the best options right now is to use one of two antibiotics developed in the 1940s, neither of which has been used much in recent decades. These work somewhat well because their lack of widespread use over time means the bacteria haven’t been able to develop resistance to the drugs.

But there’s a reason these drugs were abandoned decades ago; they cause kidney and nerve damage that can be just as fatal as the infections themselves. It’s a trade off that is less-than-ideal by any standards, yet increasingly common.

We’re not fond of pandemic scares, nor are we suggesting that if the swine flu doesn’t get you the Acinetobacter will. But hopefully big pharma, currently chasing the larger and more profitable MRSA market, will pull it together and throw some research dollars into combating these deadly Gram-negative strains before we get any further behind the eight ball. In the meantime, don’t forget to wash your hands.