Inside the Game-Changing Features of Mass Effect 2

Bioware’s Mass Effect 2 is amongst the handful of video games that generate the same buzz for hardcore players as a major feature film would for genre fans. As it rolls into stores around the world this week, the sequel to the popular blend of action shooter and role-playing game packs new features expanding the capabilities of the title, the genre and the game industry.

Beginning with a special press roll-out in San Francisco last month and concluding with this week’s release, players “peeled the onion” on Mass Effect 2 to discover what this game can do — and what subsequent games will be able to do in the future.

We collected a set of the top new features and discussed them with Bioware senior producer Adrien Cho.

Of course, there are players who take advantage of all of these advancements. And there will be those who just run their characters around a lot and shoot bunches of bad guys. But, Mass Effect 2 is evolving what games can become holistically — making folks dream of what could be possible in Mass Effect 3. 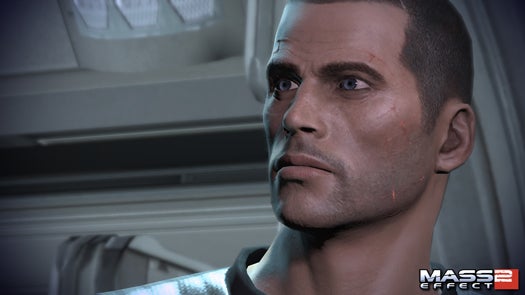 Traditional modeling uses motion-capture to recreate the movement of a real-world actor. The Mass Effect 2 technology moves beyond traditional performance-capture and relies on AI to generate a character’s on-screen performance for the game’s cinematic cut scenes. “Once artists design the face of a human or alien character, we move directly to the script and voice recording,” says Bioware senior producer Adrien Cho. “After the actor comes in and performs his or her lines in a variety of different emotional tones (angry, urgent, scared), vocal stress and inflection readers in the AI detect the emotional flags of the given line and alter the character’s facial expression in real time.” In addition, the engine generating the faces in cut scenes shows damage taken during play, as well as subtleties like realistic wrinkles and tears to convey emotion. 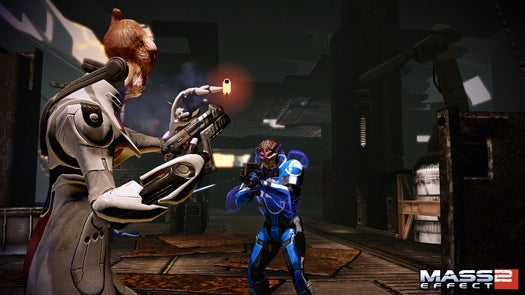 New to Mass Effect 2, the feature allows the player the ability to take visceral control of conversations, rather than just waiting through scripted dialogue, and to take personalized action — evolving beyond the simple conversation flow trees of previous games. Players can physically or verbally interrupt a non-playing character’s lines, causing conversation to go a new direction. “The player can interrupt and take new paths through a conversation,” Cho explains. “The user will be given the opportunity through an icon appearing on screen to interrupt another characters dialog and take action.” 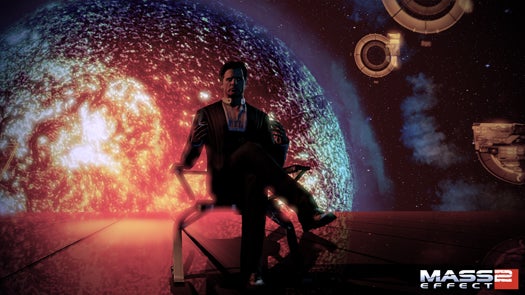 When players were engaged in the original Mass Effect, Bioware representatives told everyone to hang on to their saved games. Now we know why: wherever they finished the first game now affects where the storyline of Mass Effect 2 picks up. According to Cho, “Mass Effect 2 will allow choices you’ve made and actions you’ve performed to play a major role in the sequel to the game.” The same will be true of Mass Effect 3, the game’s final chapter. 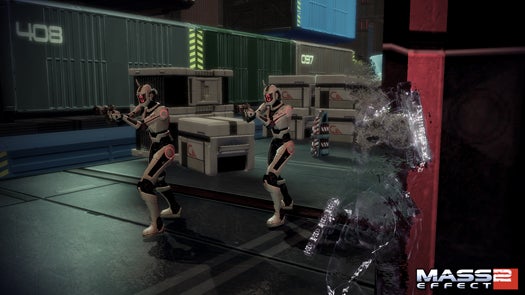 For Mass Effect 2, Bioware improved the AI for both the player’s squad allies and the enemies trying to kill them. Alien enemies now react based on guidelines for their race and class, with subtle psychological and emotional factors driving their actions. In other words, they don’t stand around waiting to be shot. As for allies, squad members will react to your actions and commands in a fully context-sensitive manner. “By pressing on the right or left directional pad, you are able to order your squad to take action,” says Cho. “When you haven’t given them a command, they revert back to their standard AI. Each AI Squad member’s combat style is tailored to their choice of weapons as well as their physical and mental traits.” 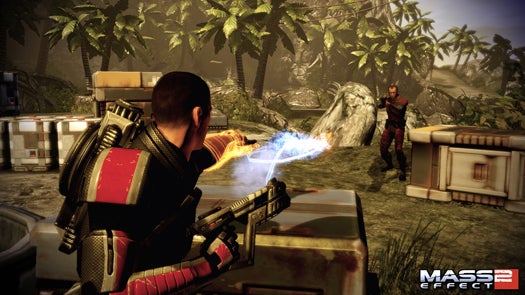 In Mass Effect 2, players command the sleek SSV Normandy. They can fly not only from planet to planet and system to system, but also into a greatly expanded uncharted space where you are able to explore new planets and mine them for resources. That’s an expansion to not only the game’s fictional universe but to the explorable virtual space held inside the game’s AI. The idea builds on a growing trend in games: one in which entire galaxies are custom-built within a each player’s console — allowing humans to “travel and explore” to their liking. There are players who will take advantage of all of these advancements. And there will be those who run their characters around and just shoot and shoot. For both types of players, Mass Effect 2 will redefine what we expect from gaming — and strengthen our appetite for Mass Effect 3.
artificial intelligence
games
Technology
video games
videogames