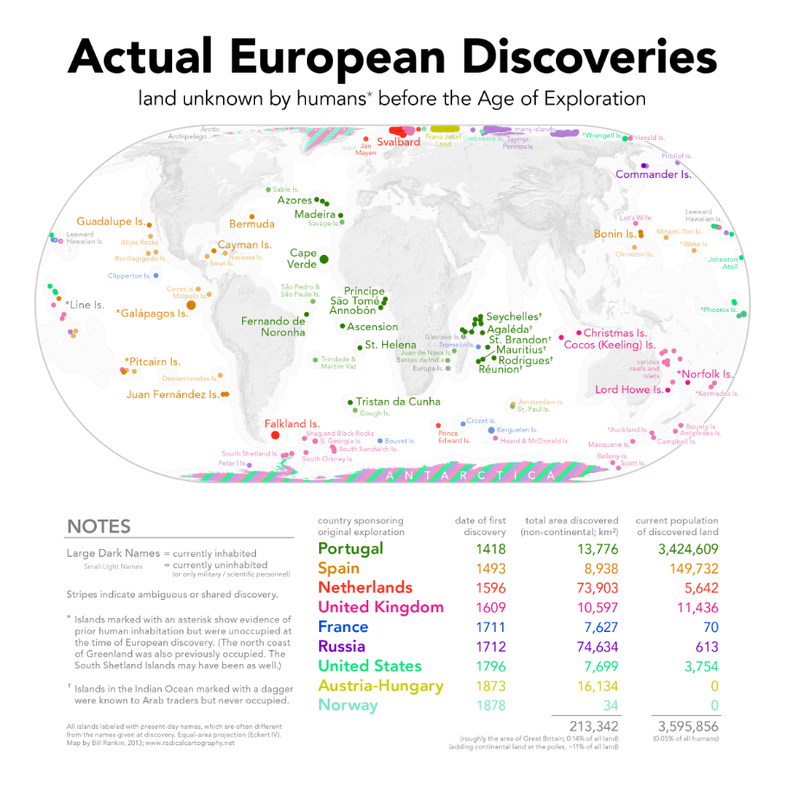 In 1492, Columbus sailed the ocean blue. And promptly “discovered” a new world…one where plenty of people had already lived for thousands of years. What other “new worlds” did European explorers stumble upon during the Age of Discovery, like a college freshman discovering a keg stand?

Well, not that much, actually. By the time Europeans really started getting out in the world, in the 15th century, there weren’t many truly uninhabited locales for them to find.

Every Columbus Day, we’re reminded of the difference between discovery and “discovery” — and rightly so. But let’s not sell Europe short; after all, European explorers found plenty of diminutive islands that no human had ever seen before, along with extravagant amounts of ice and snow. Just the islands alone add up to more than 0.14% of the world’s total land area, and today they’re home to more people than live in all of Connecticut!

But European contributions to world geography do include the scientific goldmine that is the Galápagos Islands, plus that titan of tax havens, the Cayman Islands. So give ’em a little cred.