What Twins Reveal About The Science Of Faith

Studies of twins suggest that faith is influenced by genes. 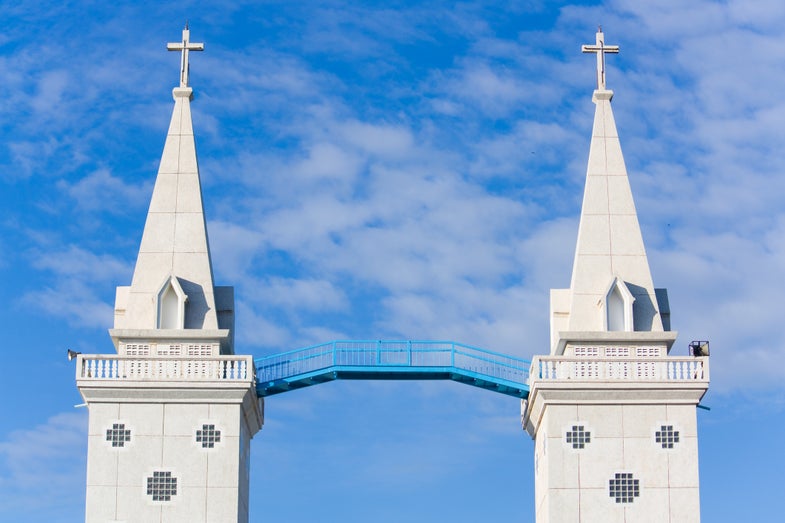 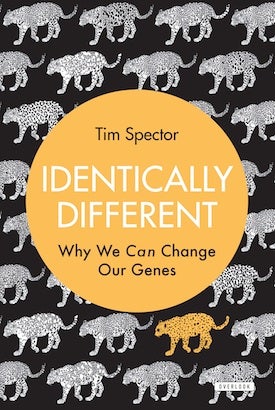 Why We Can Change Our Genes, by Tim Spector, is available on Amazon.

I am frequently asked by journalists to recall the most surprising finding of our twin studies. The study of religion and belief in God is the one that always comes to mind, and the results are not easily accepted by many people. Most people can accept diseases or height and even weight being genetically heritable to some extent, but when it comes to our personal beliefs we tend to be more skeptical. For many, the idea that there is a genetic component to our faith–or lack of it–is a stretch too far and damages the concept of self-determination that we hold so dear.

Nevertheless science has shown us clearly that one level of belief in God and overall spirituality is shaped not only by a mix of family environment and upbringing–which is not surprising–but also by our genes. Twin studies conducted around the world in the U.S., the Netherlands and Australia as well as ours in the U.K. show a 40 to 50 percent genetic component to belief in God.

What is striking is that these findings of a genetic basis for belief are consistent even across countries like the U.S. and the U.K., with their huge differences in beliefs and church attendance. For example, in the latest surveys in the U.S., when asked, 61 percent of white Americans say they firmly (ie. without any doubt) believe in God, compared with only 17 percent of firm believers in similar populations in the U.K.–greater than a threefold difference. The opposite scenario of non-belief is also true–only a tiny 3 percent of the U.S. population report being firmly atheist compared with 18 percent in the U.K. As well as belief, participation follows separate trends in the two countries. Some form of weekly church attendance is now nearly three times higher in the U.S. than the U.K.

Skeptics among you might say that the twin studies showing similarity for belief are just reflecting some cultural or family influence that wasn’t properly corrected for in the study design. However in one study of adopted twins, the researchers looked at religious belief in a number of adopted twins raised apart. They found exactly the same result–greater similarity in identical twin pairs, even if raised apart. The conclusion is unavoidable: faith is definitely influenced by genes.

The conclusion is unavoidable: faith is influenced by genes.To uncover in more detail exactly what part of belief or religion was genetic, an unlikely research partnership was formed between two academic twin experts–Nick Martin, an extrovert atheist Australian, and Lindon Eaves, a British lay preacher originally from Birmingham.

In an attempt to separate the ‘3 Bs’–belonging, behaving, and believing, the three elements that make up religiosity–they asked a range of questions attempting to get a handle on individual differences in spirituality. They defined this as “the capacity to reach out beyond oneself and discover or make meaning of experience through broadened perspectives and behavior.” The scale is based on three main factors: self-forgetfulness, transpersonal identification and mysticism. Questions in the test they designed included:

They estimated the heritability of spirituality to be around 40 to 50 percent, which is quite high considering how tricky it is to measure. Other U.S. studies using even more detailed questions in larger numbers have found similar or even stronger genetic influences. These studies demonstrate our variable but innate inherited sense of spirituality, which affects how we perceive the world, ourselves and the universe. This is independent of our formal religious beliefs and practices and, strangely, largely independent of family influence.

The positive feedback and inner reward we get from these spiritual or religious thoughts could also account for some differences. One individual during prayer or meditation may feel a rush of immense joy and fulfillment from the reward centers of the brain (in the hypothalamus), and someone else may feel only the uncomfortable chair and be worrying about the shopping list. While the spiritual side is important for some, others find great comfort in religious practice and attendance.

Studies show that for twins living at home, there is no clear genetic influence or different from their parents in their practice. However, genes start to play a role, once the twins leave the nest.

Elizabeth and Caroline were identical twins who came from an academic middle-class English family with an atheist father and agnostic mother. The sisters were very similar in appearance and character, both admitted to being stubborn, although Elizabeth was the naughtier of the two. At primary school, they both became interested in Christianity and much to their father’s surprise and displeasure they were baptized and prayed regularly. Their parents split up soon after and their father left home. They went through the normal teenage tantrums and slowly lost interest in organized religion and prayer.

After school they went to different universities. Caroline quickly rediscovered her faith; she became an even more committed Christian and joined student societies and church groups. Elizabeth began discussions with an Islamic group, initially arguing against religion, read the Quran to dismiss it and then found herself being drawn to and then converted to Islam. Both married and had two kids–Caroline with an English Anglican husband, and Elizabeth with a Pakistani Muslim (from then on she wore the veil–hijab–in public).

After leaving home, children with the right predisposition can often switch religions.As she now says: “I strongly believe that Islam is the one true faith and Christianity is wrong. I endured many taunts and bigotry about my style of dress and beliefs and was often frightened to go outside. I once had to witness my 3-year-old disabled son being spat at.” Caroline is similarly strongly opposed to her sister’s Islamic views and “her lack of belief in Jesus being the Messiah really upsets me.” She has had an easier time socially, but misses being close to her sister and having a drink with her. She says: “I will never forget the fact that she very pointedly refused to sing hyms at my big day–a Christian wedding.” Both twins admit being saddened that neither could bear to act as a guardian of the other’s children because of their faith, although ironically they have much more in common genetically with each other’s children than other aunts and share the some proportion of genes with them.

Sadly their mother, Annie, developed terminal metastatic lung cancer, which had the positive side effect of briefly bring the family back together. The closeness and bonding was short-lived. She admitted: “I was initially bemused and then distressed by their fierce disagreements over faith, which being a self-confessed agnostic I just couldn’t relate to. My main hope was to live long enough to see the birth of my two new grandchildren.” When, against medical odds, she did, and was still alive nine months later, she had a revelation. “I think I’ve found God,” she told her daughter Caroline as she recounted an epiphany moment she had while out walking. “I felt his presence all around me–a spiritual presence. It’s not just because I’m about to die–I’m not afraid of death. But I’ve changed my mind, there is more to life than just the current one.” She died shortly afterward. Annie’s genetic predisposition for faith, likely suppressed by her secular surroundings and her dominant atheist husband, may have been the crucial factor that influenced her daughters’ uncompromising beliefs.

Where did this religious fervor come from? Neither had religious parents, and it is unlikely that the school alone could have had such an influence. Other twin studies have shown that after leaving home, children with the right predisposition can often switch religions, and that which form they then choose is not down to the genes but to life events or some mysterious unknown force.

This article was excerpted with permission from Identically Different: Why We Can Change Our Genes Copyright © 2012 by Tim Spector. Published in 2013 by The Overlook Press, Peter Mayer Publishers, Inc. www.overlookpress.com. All rights reserved. Tim Spector is Professor of Genetic Epidemiology at King’s College London and a consultant physician at Guy’s and St. Thomas’ Hospital. He set up the Twins UK register in 1993, the largest of its kind in the world, which he continues to direct. He has appeared in numerous television documentaries and is often interviewed by the media on his team’s research.