4 Parasites That Want To Invade Your Brain

They just want a nice home! And to destroy you. 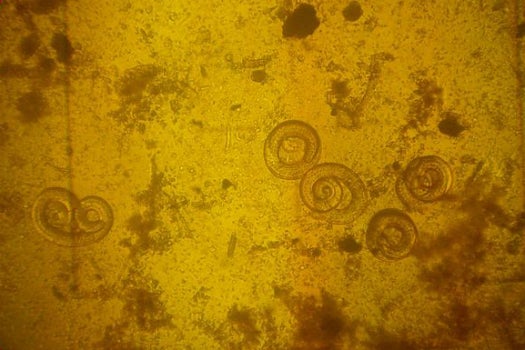 In the past month, two different 12-year-olds have made headlines after being hospitalized with an extremely rare, horrifying infection: the brain-eating amoeba.

Found mostly in warm freshwater lakes, rivers and hotsprings, Naegleria fowleri can travel up a person’s nose and into the brain, where it goes to work destroying brain tissue. Most cases in the U.S.–32 were reported between 2001 and 2010–have occurred in the warm Southeast, according to CNN.

Unfortunately, as much as we’d like brain-eating parasites to be confined to sci-fi fever dreams, Naegleria fowleri isn’t the only micro-organism that, when given the chance, will invade the human cranium. Not for the faint of heart, here are a few more to lose sleep over:

The Case Of The Lost Pork Tapeworm

Common in Africa, Asia and Latin America, adult Taenia solium tapeworms can live inside the human intestinal tract, producing eggs that its human host then expels fecally. As an eye-opening feature in [Discover describes, the eggs can get swept up by pigs as the animals forage for food. The larvae hatch in a pig’s stomach and make their way into its bloodstream, eventually arriving at its muscles, where it will likely be eaten by a human in, say, a pork taco. 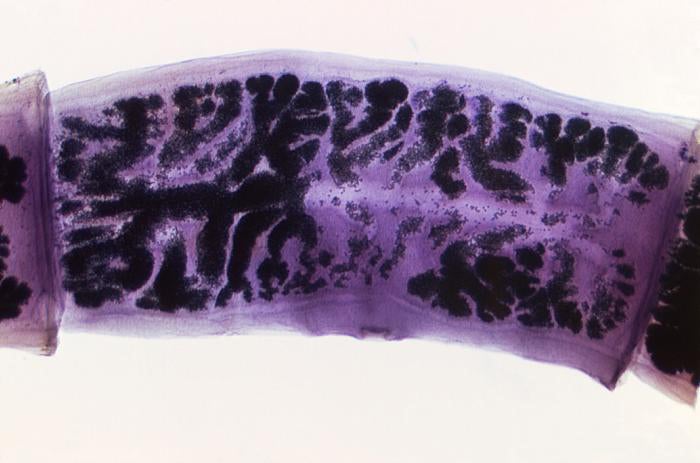 But sometimes, the cycle gets interrupted. Someone contaminates food with tapeworm eggs bound for a pig’s stomach. The tapeworm eggs hatch, but instead of developing into an adult tapeworm in the intestines, they burrow into the bloodstream as would normally occur in a pig. In a human, they often end up in the brain, forming cysts that cause a disease called neurocysticercosis. It can cause seizures, headaches and can lead to death. As if you needed another reason to wash your hands.

The single-celled organism Toxoplasma gondii, which can only reproduce in the conditions provided by feline guts, is a master manipulator. When it infects a rat, its makes its host abnormally unafraid of cat urine, upping the rodent’s chances of getting eaten by a cat and returning the parasite to its favorite locale. Sadly for humans, humans can also be infected by the sneaky t. gondii. In the U.S., one in four adults has been infected with t. gondii, but only a small number become ill enough to notice, according to Science News.

There’s some concern that the parasite slows reaction times and puts people at double the risk of traffic accidents, and a study in JAMA Psychiatry found links between t. gondii and women’s risk of self-harm, such as self-mutilation. On the bright side for pet lovers, cat ownership doesn’t seem to be a predictor of infection.

A Worm In The Eye

The thread-like Loa loa is an eye worm, but when it comes to parasites crawling around in your body, that’s too close to the brain for comfort. The species, found in western and central Africa, can migrate through human tissue for 10 to 15 years. Infection stems from the bite of deer and mango flies that live in rainforests and swamps. 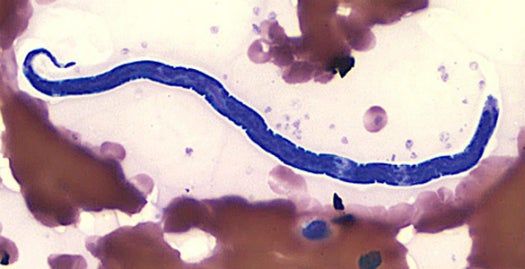 Having a worm crawling around in your body can cause itching (and what one medical dictionary calls “a creeping sensation in the tissues”), inflammation, damage to the nervous system and the retina. Paradoxically, using drugs to kill off the Loa loa larvae can be dangerous, because when large numbers of the larvae die in and around the brain, they can block capillaries and cause encephalopathy, a condition that can cause cognitive losses, memory problems, personality changes, and more.

Auuughhhh. In comparison, a brain-eating-zombie attack doesn’t seem that bad.