The most fun you can have with a toy lie detector. 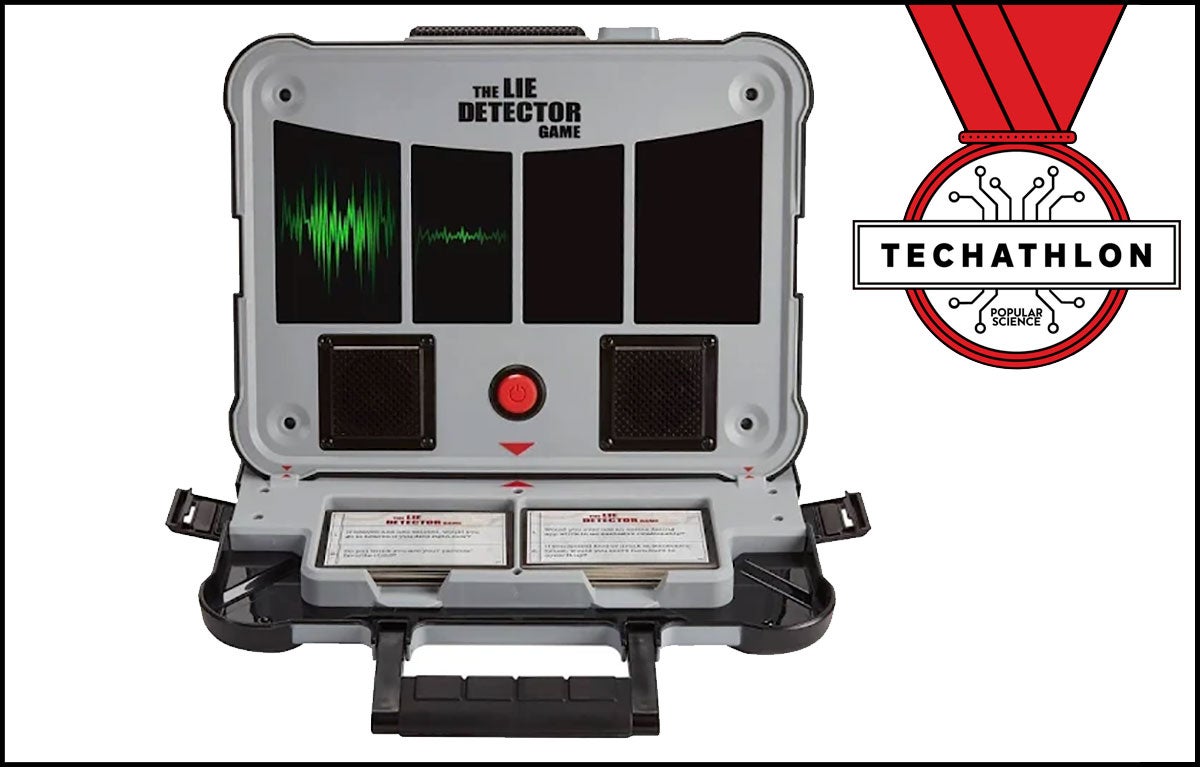 We’ve been living in a world with the internet for long enough now that we mostly know how to act. There are lots of things we should be doing, like replying to text messages in a timely fashion and avoiding the urge to post cryptic statuses on social media in an effort to get precious attention and human interaction. Whether we actually follow through on those actions, however, is a different story.

So, this week is all about accountability. Hasbro sent us a copy of its new Lie Detector party game and our contestants faced off against it with a barrage of questions intended to draw out our greatest digital shames.

It’s a fun episode, and that’s the truth. Seriously, we asked the Lie Detector and it confirmed it.

You can listen in the player embedded above, subscribe on Apple Podcasts, add us on Stitcher, follow on Anchor, our join us on Spotify.

Last week, Apple dominated the news cycle with its new iPhone 11 models, but there was a lot going on that didn’t involve the Cupertino crew. Jason put together 10 fun trivia questions to test our tech knowledge. It was a super tight race this week.

Streaming content has come a long way over the past decade. We used to dream about the prospect of breaking free from the bonds of cable bundles and only subscribing to the channels we really want. Now, that’s our reality and it’s actually not that great. There’s more great TV to watch than ever before and keeping track of where and how to find it is almost comically difficult.

Last week, Apple shed light on its upcoming Apple TV+ subscription plan. And with Disney+ and NBC’s streaming service almost ready to join the familiar players like Netflix and Hulu, our budgeting apps are going to have to make more room in the “entertainment” piece of the pie chart. That’s going to be tricky with the amount we’re already spending on laser tag.

Original content sits at the heart of the upcoming streaming war. Companies like Disney and Netflix are spending billions of dollars to make new TV and movies that will lure us away from the competition. But, how much of it do we actually watch? In this week’s episode, Corinne tests our knowledge of these original programs and we find out that one Techathlete is a true TV champion.