How computers beat us at our own games

This chart shows how long it's taken AI to figure out how to turn the tables against us. 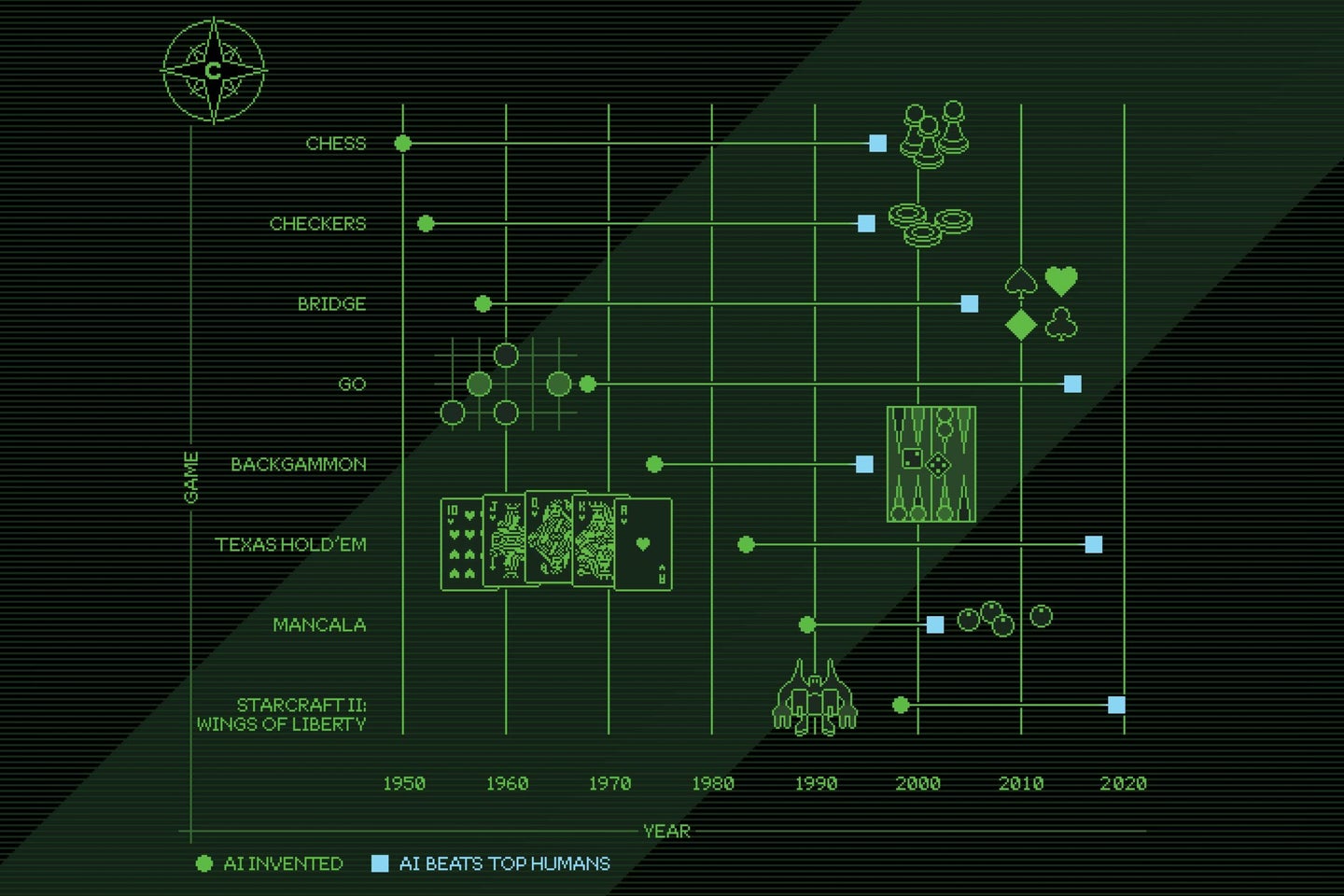 Humans have been playing games for centuries, but we’re still not perfect at them: We make mistakes, underestimate opponents, and can think only a few moves ahead. Computers have no such shortcomings. An artificial intelligence can master most of the classics if it runs enough simulations. As processing power has increased, machines have grown adept enough to trounce their creators at everything from tic-tac-toe to backgammon (though the programs still can’t compete at more creative pursuits like crosswords). Here’s a timeline of their march to victory.

IBM whiz Arthur Samuel wrote the first checkers program on his company’s clunky 701 computer in the 1950s. A generation later, researchers at the University of Alberta solved the board for good: Their Chinook program clobbered a checkers champ in 1994 and became officially unbeatable by 2007.

Card games are tricky for AIs because they lack “perfect information”: in chess you can see all the pieces, but in cards you can’t peep your opponent’s hand. Poker pro Mike Caro constructed the first electronic player in 1984, and a subsequent software became unbeatable at two-person Hold’em 30 years later.

This war simulator has players build fortresses and command alien troops. Google’s DeepMind neural network defeated a group of champs in 2019, deploying unusual strategies that confounded even elite contestants. One of its sister bots had mastered the notoriously complex game Go two years prior.