Call it a jam session 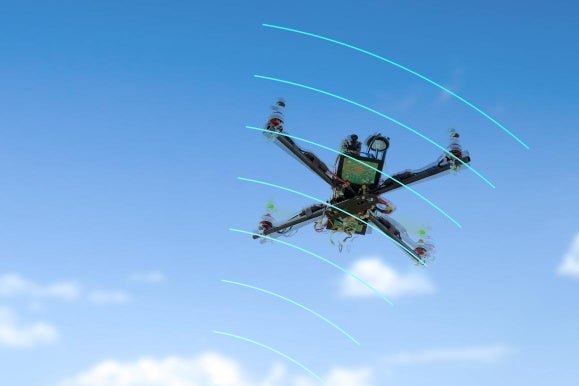 No one wants a drone-related accident. The best way to ensure that one doesn’t happen is to make sure everyone with a drone flies responsibly. Failing that, the second-best option could be a system of sensors and jammers that detects drones within a certain area and then sends them home.

This sensor system has actually been created by startup Dedrone, and is supported by aviation giant Airbus. Dedrone’s CEO Jörg Lamprecht recently released a statement about the use of the security system against illegal drones:

First, it detects a drone.

Then, once the drone is detected and in range, a jammer sends it a signal that cuts off communication from its pilot. At that point, the drone does what it’s programmed to do when it’s lost: either fly back until it can reestablish a signal, or attempt to land.

It’s not the flashiest way to get rid of a drone (that would be lasers), and it doesn’t capture the device (like nets do), but it seems a potentially effective tool for steering drones away from an area, be it an airport, stadium, nuclear reactor, or even just a warehouse.

Here’s what it looks like when the alert shows up on the desktop: